Chase Elliott drove his No. 9 Hendrick Motorsports Chevrolet Camaro ZL1 stock car to victory at last weekend’s Gander Outdoors 400 at Dover International Speedway, nabbing his second Monster Energy NASCAR Cup career win ever, and securing the 2018 Chevrolet Camaro ZL1 stock car’s first post-season victory. With his win, Elliott is now guaranteed a spot in the Round of 8 after the next round of eliminations.

Elliott won in overtime, pulling ahead of Denny Hamlin (Joe Gibbs Racing, No. 11 Toyota Camry) after a restart on Lap 403, with much older tires. Most of the lead-lap drivers opted to pit after Clint Bowyer (Stewart-Haas Racing, No. 14 Ford Fusion) hit the wall at Turn 4 on Lap 392, bringing out a course caution, but Hamlin’s crew decided to keep him out on rubber that was more than 50 laps old. Elliott led just eleven laps of the race, but they were the eleven that mattered most.

“This was a lot about perseverance,” Elliott said after the race. “We had a penalty early and fell behind and luckily had a good enough car and good strategy to get back [to the front]. What a day!” 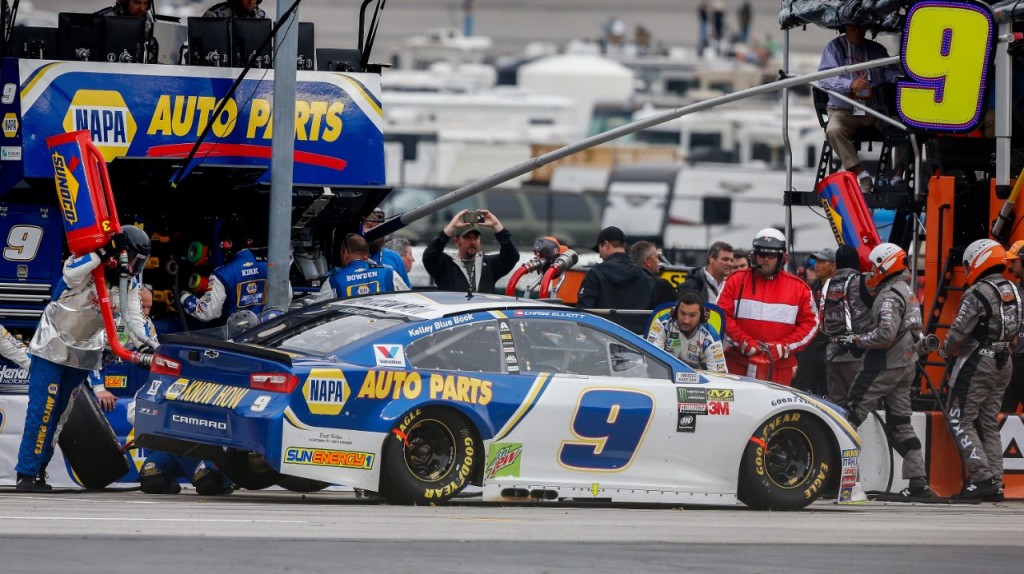 The fact that Elliott just narrowly missed out on winning at last year’s Dover race “makes it sweeter, for sure,” he said. “You don’t appreciate it in those moments, but to come back here and have the day we had… We get to move on to the next round, and I don’t have to worry about Talladega next week. It’s just a hell of a day.”