At last weekend’s ten-hour Motul Petit Le Mans race, Cadillac Racing team Whelen Engineering secured its second championship in three seasons in the top-tier Prototype class, the No. 31 Whelen Engineering Cadillac DPi-V.R clinching the Driver and Team Championships with an eighth-place finish. Fellow Cadillac Racing team Wayne Taylor Racing put their No. 10 Konica Minolta Cadillac DPi-V.R on the podium in first, but the points gap between the two teams was such that the Whelen car came away with the titles. 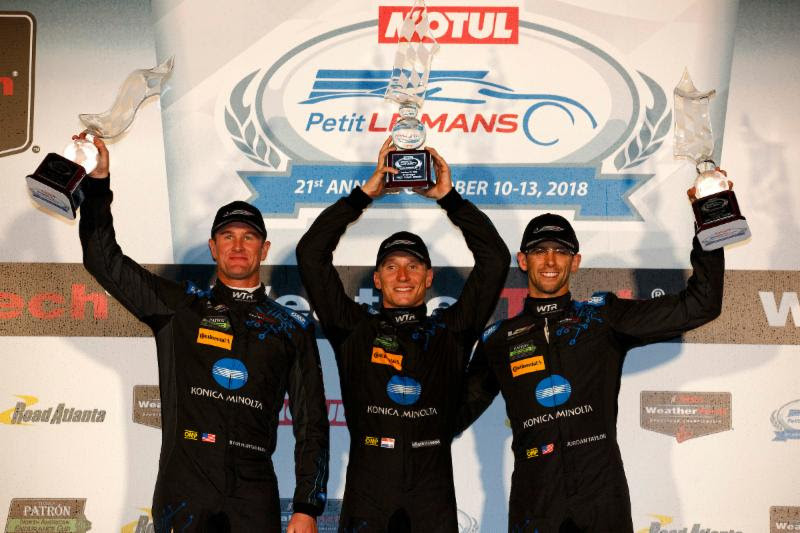 Several positions back, the No. 31 Whelen Engineering Cadillac didn’t experience the finish they were looking for, but they crossed the line just one spot behind the next championship contender in line: the No. 54 CORE Autosport Oreca LMP2. The team’s championship points lead was such leading into the race that drivers Felipe Nasr and Eric Curran were nonetheless able to nab first in the fight for the Prototype Driver Championship, and the No. 31 team took home the Team Championship.

To top it off, Cadillac ended the 2018 IMSA WeatherTech SportsCar Championship ranked first in the Manufacturer standings.

“Literally down to the wire, it was unbelievable,” said driver Eric Curran after the race. “Why did it have to be so close? But it came out in our favor. Just an unbelievable day. Hats off to Felipe Nasr, my teammate. We had a fast car all day long, but we had to go slow at the end to not pit again. So, we went slow to win the championship.”

This year was “just a great season,” he added. “All the Action Express guys do such a great job and thanks to Sonny Whelen for 11 years of sponsorship for me. First year with Felipe and he’s such a top shelf guy and thanks to [endurance race co-drivers] Gabby Chaves and Mike Conway.”

Be sure to stay tuned to GM Authority for the latest Cadillac Racing news, especially as the 2019 season gets underway this January.