More than a month after the all-new, 2019 Chevrolet Silverado 1500 started heading out to dealers across the United States, buyers still can’t configure the redesigned truck online. Try to build and price the new model using Chevrolet’s web-based configurator and all you end up with is options to customize the soon-to-be-outgoing Chevy Silverado Legacy.

Last year, it was revealed that General Motors would continue to produce the aging legacy version of the light-duty full-size truck concurrently with the all-new fourth-generation one, the former being assembled at GM’s Oshawa Assembly Plant in Canada, and the latter being built at GM’s Flint, Michigan and Ford Wayne, Indiana facilities. The overlap allows General Motors to exercise some vigilance in getting its new assembly operations up to speed without risking any drastic interruptions to total light-duty truck output.

It also ensures that fleet customer demand for simpler, less-expensive pickups is covered while production of the all-new model ramps up. 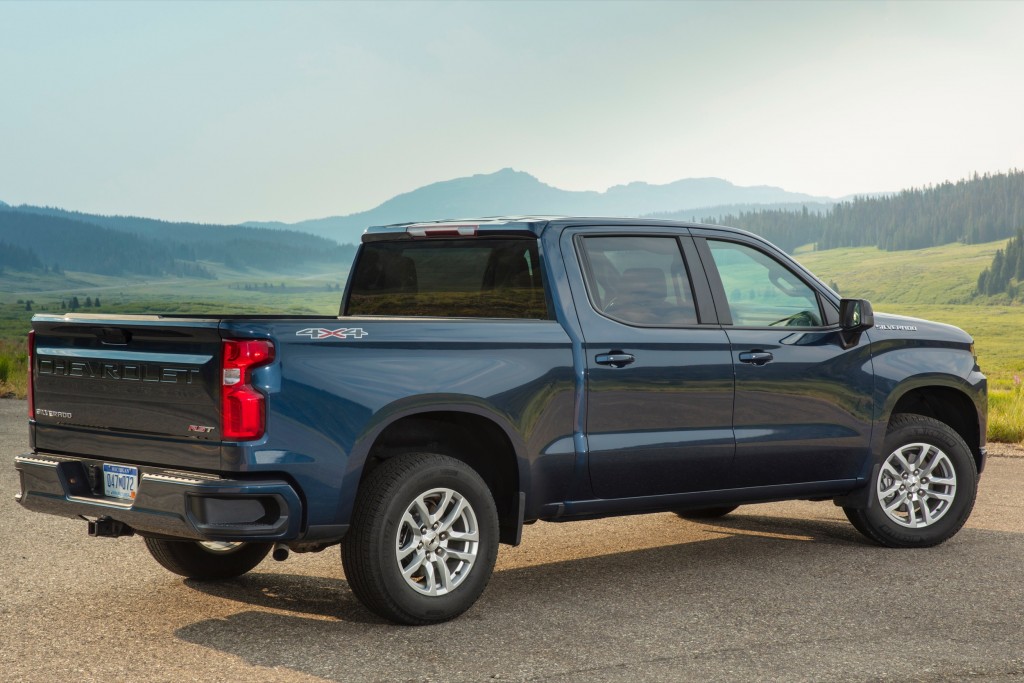 Fiat Chrysler Automobiles enacted a similar strategy with its Ram 1500, offering the all-new model for 2019 alongside the outgoing version of the truck, named “Classic”, to more-or-less maintain supply levels while production ramps up. Interestingly enough, folks shopping for a brand-new, 2019 GMC Sierra 1500 won’t encounter the same problem as 2019 Chevy Silverado customers, as General Motors has online configurator tools available for both the redesigned and outgoing models, the latter of which is named “Limited”, not “Legacy”.

As with previous generations, the redesigned 2019 Chevy Silverado 1500 and 2019 GMC Sierra 1500 are quite mechanically similar, both riding on GM’s T1XX ladder-frame platform, and both saving hundreds of pounds over their outgoing counterparts thanks in part to the strategic use of high-strength steels. The fourth generation has brought with it greater divergence, however, as General Motors has attempted to elevate the GMC even further above its bowtie-brand sibling by giving it exclusive features like a nifty six-way tailgate, next-generation video rearview mirror, 3″-by-7″ HUD, and an optional “CarbonPro” carbon-fiber box.

Stay tuned for all the latest Chevrolet Silverado 1500 news.