Fiat-Chrysler’s Ram division got the jump on General Motors when it launched the redesigned 2019 Ram 1500 earlier this year. It appears its launch strategy has paid off because the truck has outsold the Chevrolet Silverado for the past two months.

In sales data obtained by Bloomberg and published Thursday, the new Ram found just under 50,000 driveways to call home in August. That same month, dealers sold only 41,800 Chevrolet Silverado models. In September, Ram’s lead shrunk by a few hundred trucks as the FCA division sold 51,900 trucks compared to 44,800 Silverado.

But, the Silverado’s sales slump may be calculated. General Motors has been carefully managing inventory levels as the 2019 Chevrolet Silverado begins entering production. The first handful of new Silverados reached dealers in August and more continue to funnel into dealers across the U.S. In the meantime, GM has restricted incentives on 2018 Silverado models to ensure no shortage of pickups while 2019 Silverado production ramps up.

Strangely enough, buyers still can’t configure a 2019 Silverado, either, while the 2019 GMC Sierra configurator has been online. 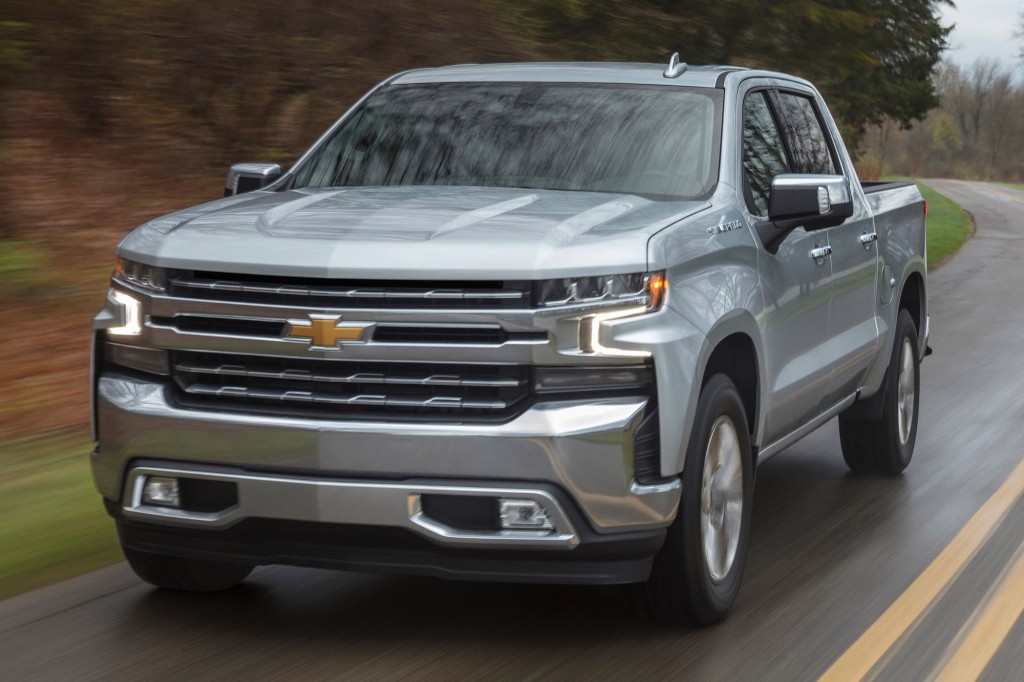 The first 2019 Silverado arriving at dealerships feature a crew-cab layout with either the 5.3-liter or 6.2-liter V8 engine. Later this year, production of the 2.7-liter turbocharged four-cylinder engine will begin for the truck, as well as additional body styles. GM will then introduce the 3.0-liter Duramax inline-six engine for another powertrain option.

GM has banked big on its redesigned pickups to prop up profits and finance major investments in electric cars and self-driving vehicles. The automaker plans for 20 new electric cars by 2023 and hopes to have a commercial service for its first self-driving car operational next year.