Chevy’s 2019 Colorado ZR2 Bison is packed with unique features that make it the ultimate midsize off-road truck. From purpose-designed bumpers, skid plates, and snorkel, the teams at Chevy and AEV really put some thought into making this one really capable truck. But besides the truck’s various off-road parts, the Colorado ZR2 Bison also features a new kind of lettered Chevy Flowtie.

Four years ago, Chevy introduced a unique version of its bowtie logo on the 2014 Camaro Z/28. The logo is unique in that the inside of the logo is hollowed out, only leaving the silver outline. The new-style Chevy logo was christened as the flowtie.

In the case of the Camaro Z/28, engineers noticed that the flowtie improve airflow to the radiator, allowing three additional cubic meters of air into the engine per minute, while dropping engine coolant and engine oil temperatures by 2°F (1.2°C) during extended track sessions.

Since then, the flowtie logo has made its way to other Chevy vehicles, including the sixth-gen Camaro ZL1, 2019 Silverado Medium Duty, and the 2019 Camaro SS. The newest vehicle to adopt the technology is the Colorado ZR2 Bison, though it does it in a rather unique way. 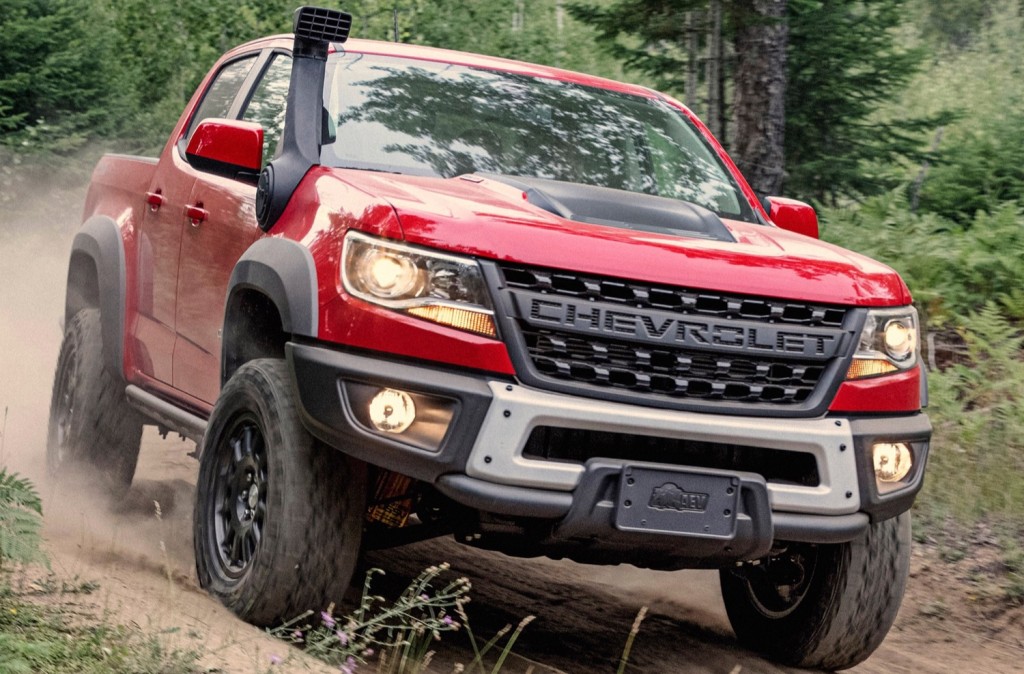 You see, the Colorado ZR2 Bison has a front fascia that has CHEVROLET spelled out across the grille. Each of those letters is hollowed out, in turn providing better airflow to cool the engine and associated powertrain components. In many ways, it’s like another version of the flowtie, without the actual Chevy bowtie logo. 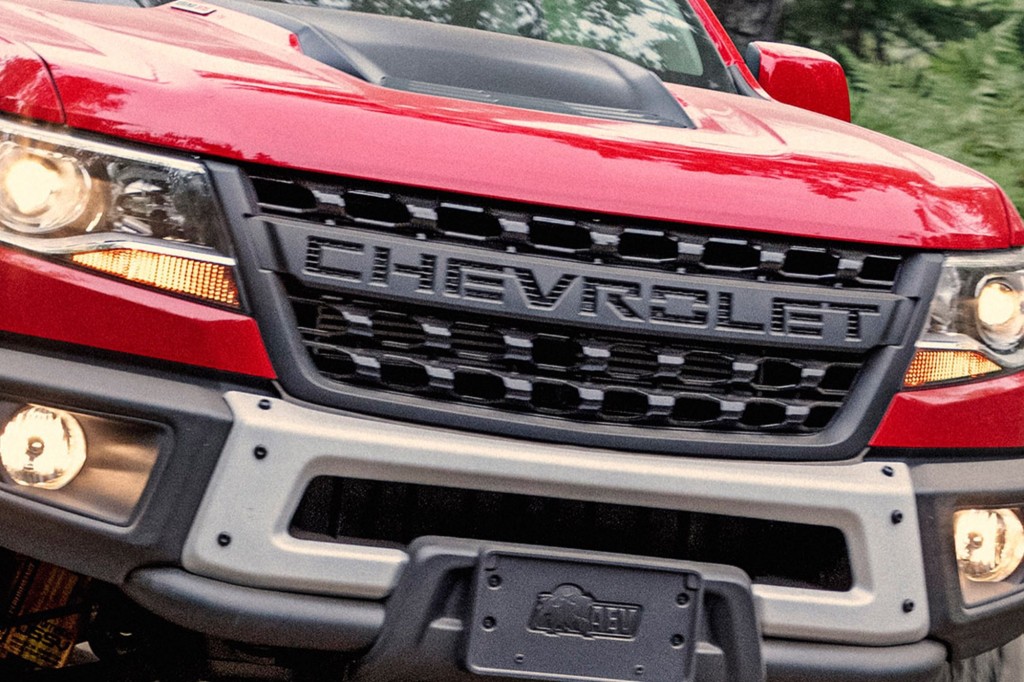 So while the Colorado ZR2 Bison won’t be doing any high speed bombing around a race track anytime soon (unless someone is crazy enough to try), additional powertrain cooling is (almost) never a bad thing.

It’s worth noting that the Chevrolet-lettered grille in question, along with its flowtie-like qualities, is also available as an official GM/Chevrolet accessory. Assigned LPO code RZB, it is compatible with Work Truck, LT, and Z71 trim levels, and not compatible with the Base or the ZR2 models.