Visually, we saw no reason for the fascia of the Chevrolet Cruze to change. At least – not in this direction. The nature of this nip and tuck echoes what we’ve seen across the Chevrolet passenger car lineup – overexaggerated looks that seem neither necessary nor improved from the more confident designs of before. We hope that these sentiments don’t lead to yet another unconfident knee-jerk design change in a far-too-opposite direction, but the peer consensus can describe Chevy’s current design direction as clinical and uninspired. Then again, looks are entirely subjective, and we think the front fascia seems to work better with the proportions of the 2019 Chevrolet Cruze Hatchback over the 2019 Chevrolet Cruze Sedan we tested, during the 2018 Midwestern Automotive Media Association Fall Rally.

On the inside, things are very much the same as before. Which means things are very ergonomic, the sight lines are adequate, there are USB ports aplenty, and all of the touch points are sufficient enough for the casual customer. The only difference we could point out from the previous model year was the introduction of GM’s latest infotainment system, no longer branded as MyLink. The icons are more crisp and the speed navigating around the seven-inch (diagonally measured) touchscreen seems improved as well, at first blush. This is a perfectly fine appliance. 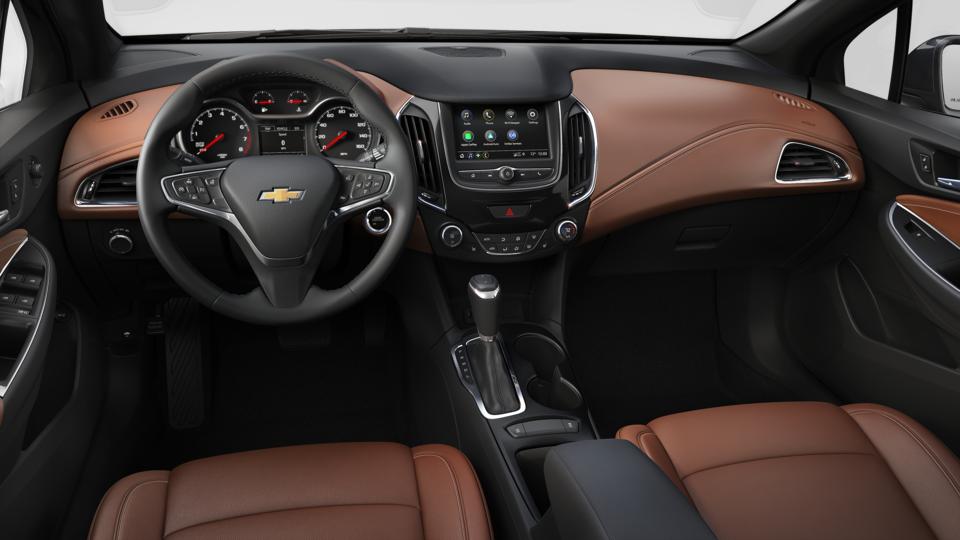 Mechanically, the engine is the same, and the output is the same: a 1.4L turbocharged four-cylinder with 153 hp and 177 lb-ft of twisting force that accelerates from 0-60 in 7.7 seconds. Again, perfectly adequate for well-portioned runabout, and now the stop/start system can be defeated, and there will be much rejoicing. Power is still transferred through the same six-speed automatic transmission, unless the 2019 Chevrolet Cruze is a fleet model. In which case, a droning CVT will handle the job, returning 2 miles per gallon better in the city compared to the six-speed auto. Which is good for 28 mpg in the city and 38 mpg highway. The six-speed manual transmission has been dropped for the 2019 model year, including for the diesel variant. Apparently nobody interesting enough for DIY gearbox shops the Cruze.

Is that necessarily a problem? No. Look at the segment. The 2019 Chevrolet Cruze competes in an incredibly product-rich and strong compact sedan segment. Most vehicles here are strong offerings, but too few of which break from core market desires. That essentially marks all contenders – especially top-sellers from Japanese and Korean brands – as faces in the crowd. Thanks to a diesel offering and a hatchback variant, the 2019 Cruze breaks from this mold just enough. Though due to market shifts towards crossover products, the Cruze faces an uphill battle for the foreseeable future, to no fault of its own.