Note: A previous version of this article implied that no sort of electric pad wear sensor/switch had ever been used in a GM product before the 2019 Cadillac CT6, which is incorrect. It has been edited accordingly.

For 2019, the full-size Cadillac CT6 luxury sedan is getting a new electric brake pad wear sensor system, standard on models equipped with the new eBoost electro-hydraulic brake booster. That includes cars equipped with either the 2.0-liter turbo I4 LSY or 4.2-liter twin-turbo V8 LTA “Blackwing”.

Electric brake pad wear sensors have been around for more than four decades, generally being especially common on German cars. They’re quite simple in design, featuring a conductive metal loop that sits within the pad, carrying a small current during vehicle operation. As the pad wears, that loop is exposed to – and worn by – the brake rotor, increasing the resistance and causing a dummy light on the dash to illuminate, letting the driver know it’s time to change pads. 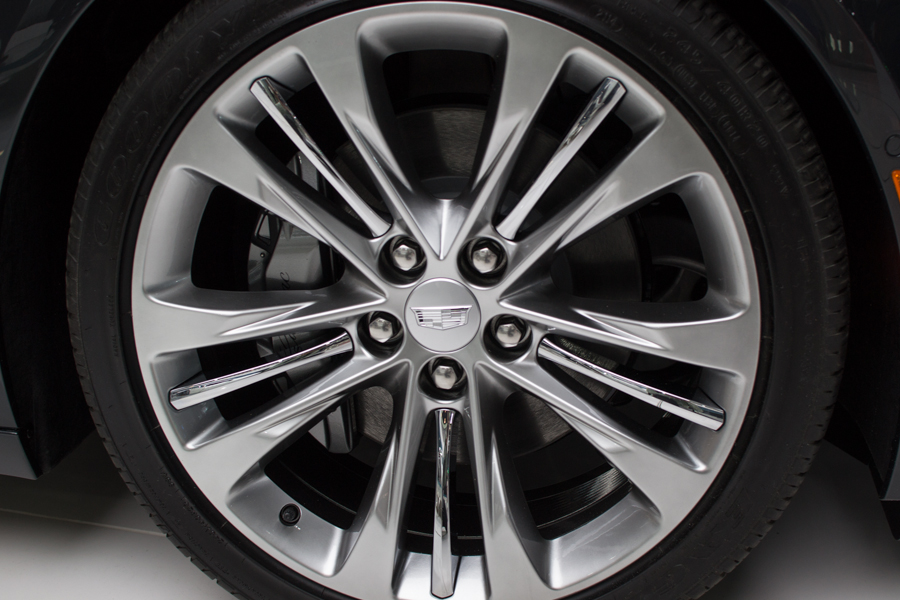 The 2019 Cadillac CT6 represents the first known use of this electric brake wear sensor system, getting its own never-before-seen RPO code, and the sensors’ ability to estimate the level of pad wear could play an important role in helping the eBoost system perform.

Many vehicles from GM and other automakers use neither the more modern wear-estimating system, nor its simpler dummy light precursor, relying instead upon noise-making clips that screech against the brake rotor once a brake pad has worn sufficiently to warrant replacement. That system is simple, inexpensive, and annoying enough to bring most owners in to the shop.

Whether a car uses a noise-making pad wear indicator, or a modern electric sensor like the latest Cadillac CT6, the devices are single-use only; they become worn out and require replacement with every pad change. Thankfully, neither sort is typically all that expensive, and Cadillac has made an effort to keep the cost as low as possible by implementing just two electric pad wear sensors on the CT6: one at the front left corner, and one at the rear right.

Check back regularly with GMAuthority for all the latest Cadillac CT6 news.