The Porsche 911 GT3 has always been one of the raciest cars Porsche offers, but the 911 GT2 RS has scooped up that title with the latest-generation car. Naturally, comparisons have surrounded the 2019 C7 Corvette ZR1 and he range-topping 911. But what happens when the less capable GT3 faces Chevy’s supercar beater?

Edmunds brought both the 911 GT3 and the 2019 C7 Corvette ZR1 to the track to see which makes for a better drive on the road, and for the most fun on a race track. Keep in mind, this comparison isn’t about lap times and which car shaves seconds off of a turn. Instead, driving pleasure and fun factor reign supreme. 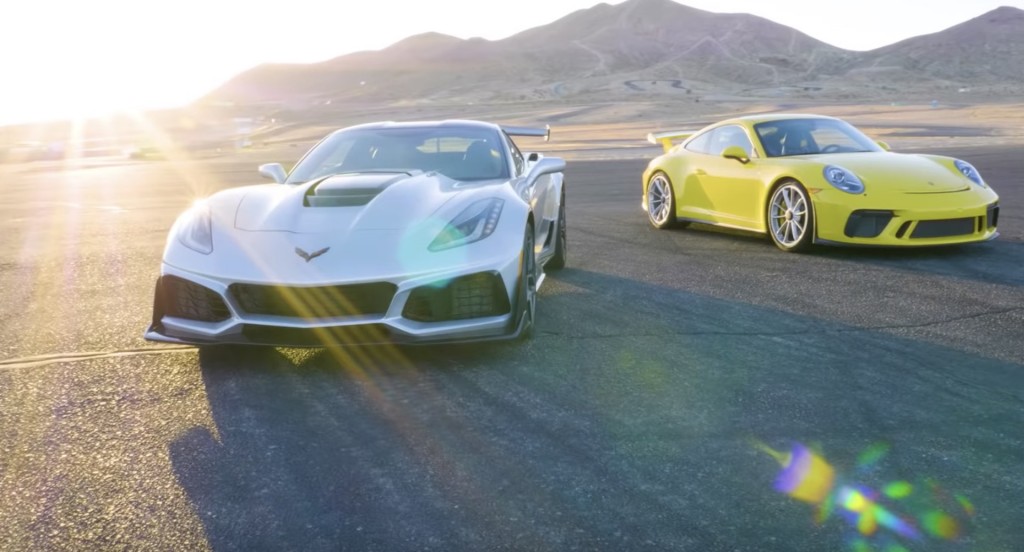 With that said, the Corvette ZR1 has the 911 GT3 beat on paper. The Corvette makes 755 horsepower from its 6.2-liter supercharged LT5 V8 engine, while the Porsche sticks with a naturally aspirated engine. Specifically, a 4.0-liter inline-six engine resides in the rear and makes 500 hp. The Corvette stops more quickly, too, with standard carbon ceramic brakes; a similar setup is optional on the 911 GT3. 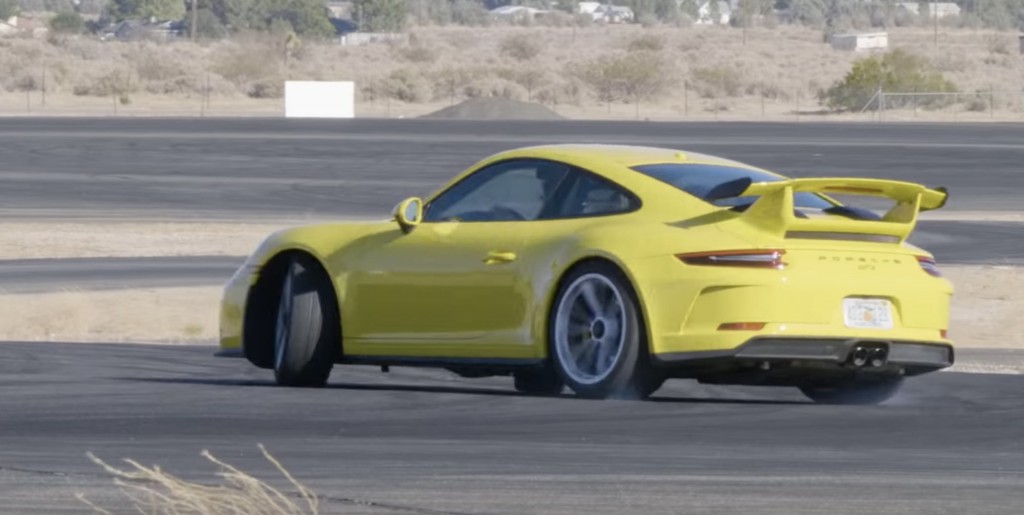 Out on the track, both cars impressed with their capability, but a similar tone somewhat smudged the Corvette ZR1. While it offers bonkers performance, drivers will have to be on their game to access all the car can do. The ZR1 also has major problems putting its power to the pavement. Again, a mid-engine Corvette will help remedy such a problem.

The Porsche, meanwhile, was more of a gentleman and provided access to the fun factor without such high limits. It inspired more confidence, which ultimately led to its win.