Virtual- and augmented-reality systems have come a long way in recent years, and while gamers have been among the first consumers to benefit, commuters might not be far behind. The 2018 Buick Enspire concept that was unveiled at Auto Shanghai 2018 earlier in the year is chock-full of advanced technologies that showcase what might lie in wait for future Buick customers, and among them is an augmented-reality Head-Up Display (HUD) capable of delivering information of an all-new sort without taking the driver’s eyes off the road.

Augmented reality differs from virtual reality in that where the latter constructs a complete visual and auditory environment for the user, the former “augments” the user’s experience of the real world with graphical – and sometimes auditory – overlays. Put another way, when one dons a virtual-reality headset, he or she is immersed in a computer-generated world outside our own; when one uses augmented-reality technology, he or she is provided computer-generated stimuli that enhance the natural world.

The Buick Enspire concept’s HUD works much like any other contemporary automotive HUD, projecting data onto the windshield so that the driver can quickly gather necessary information without having to look down to the instrument panel or infotainment screen. Where it differs is that it uses motion tracking and other tech to lay things like navigation route guidance and nearby points of interest over the driver’s view through the windscreen. Approaching a right turn as you make your way to grandma’s house? That turn can be highlighted for you on the windshield so you don’t miss it.

Information regarding precisely what might be communicated to the driver through the Enspire’s augmented-reality HUD is sparse, but an image from Buick appears to also show a small representation of the local topography in the corner of the windscreen. It’s not difficult to imagine the system could also highlight potential collision threats or vulnerable pedestrians to look out for on the glass. 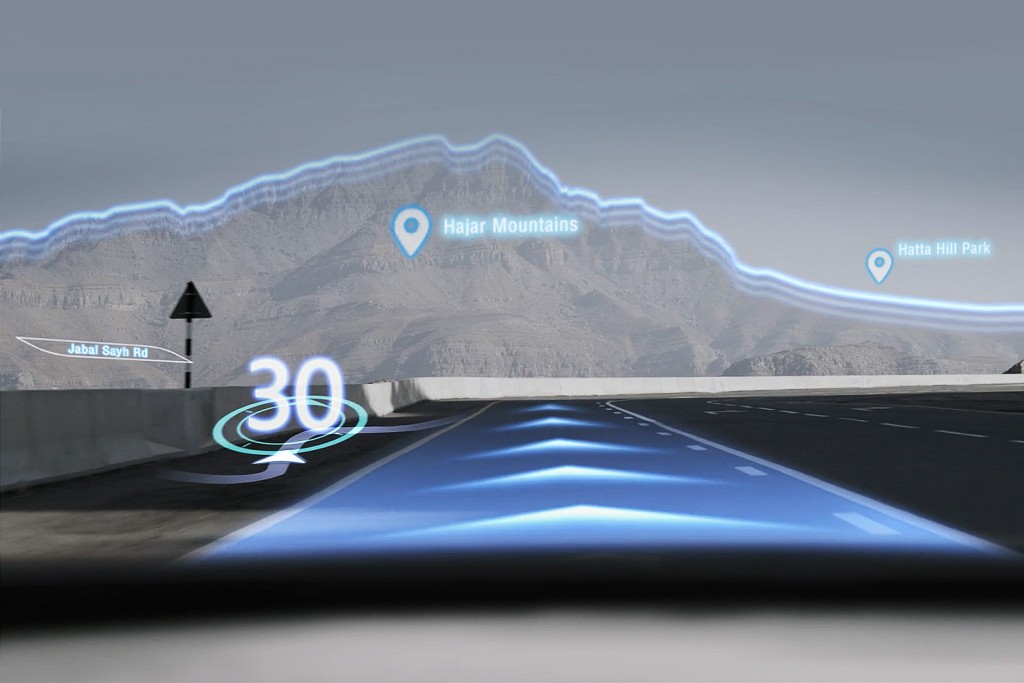 Augmented-reality HUDs are almost certainly marching toward production, as one Swiss company working on the tech – WayRay – has just received sizable investments from the likes of Porsche, Hyundai, and JVC Kenwood. We have the technology; it’s just a matter of making it ready for production.

Stay tuned to GM Authority for even more nifty Buick Enspire news, and be sure to check out yesterday’s feature about the Enspire concept’s facial-recognition technology.