Every American auto manufacturer halted the production of new vehicles during WWII, but the era still churned out a few fantastic vehicles. This 1942 Chevrolet G-7117 personnel carrier was designed to carry U.S. troops in battle, but today, it’s a wonderful camping mate.

The 1942 Chevrolet features a solid oak camper body, but unfortunately, we don’t have photos of the interior. According to the consignment description from Mecum, the Chevy’s camper does feature a sleeper cabin and a kitchenette. The rear also features custom brass and engravings for an extra-special touch. And the vehicle is prepared for nearly anything with tools onboard including, tow hitch, tool boxes, dual rear wheels, jack, shovel, pick axe and a front bumper-mounted winch. 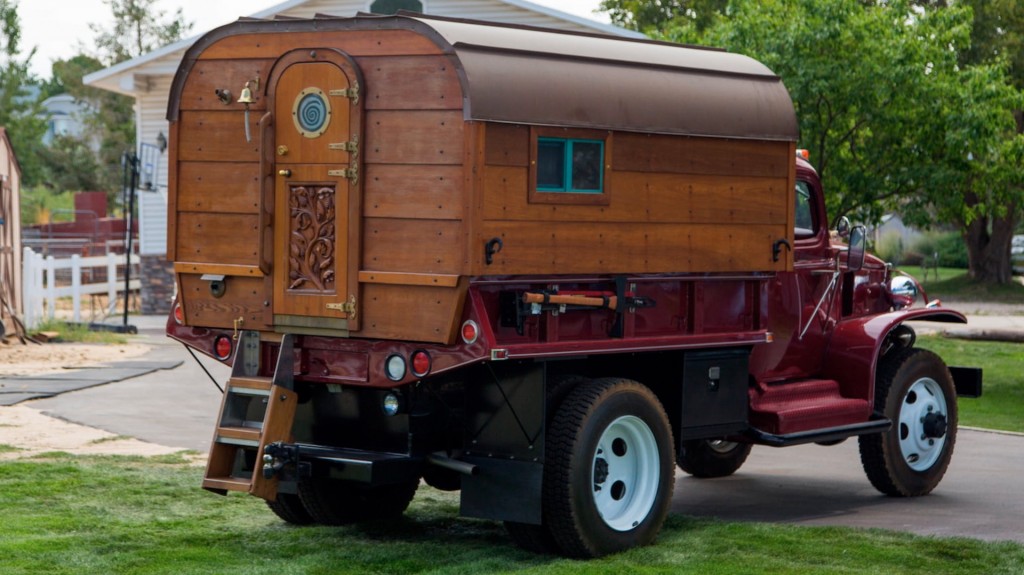 Powering the military truck turned camper vehicle is a 350 cubic inch V8 engine, which sends power to a four-speed manual transmission. For those planning on finding their own campground, the 1942 Chevrolet is more than capable of “finding new roads,” too. A two-speed transfer gearcase, four-wheel drive and dual rear wheels beef up the already capable truck.

In general, the truck remains in extraordinarily good condition and it’s labeled a star of the upcoming Mecum Las Vegas auction. The auction opens on November 15 and it will be mighty interesting to see what this military vehicle turned ultimate vintage camper brings in.