German sportscar maker Porsche has revealed a limited-production new racer for men and women of extraordinary means, with plans to produce just 77 examples at a price of €701,948 (roughly $816k U.S.) each before VAT. Named “Porsche 935” after the dominant twin-turbocharged 1970s race car of the same name, and based on the already-mental Porsche 911 GT2 RS, the 1,380-kg (3,043-pound) Porsche 935 will be powered by a twin-turbocharged 3.8-liter dual-cam flat-6 nearly identical to that in the GT2. Here, too, it’s backed by a seven-speed dual-clutch automatic, making a 0-to-60 time of under 3 seconds a near-certainty.

It’s a formula that Porsche can afford to enact, thanks to what is arguably the richest sportscar racing history of any automotive marque, ever.

But we can think of another sportscar brand with a rich racing history, whose name is practically synonymous with words like “sporty” and “high-performance”, and whose customers tend to have characteristically deep pockets: Corvette. Yet the Corvette has never gotten a super-exclusive, spare-no-expense supercar, settling instead for relatively restrained special-edition models like the Carbon 65 Edition – a car with somewhere around a seventh of the 935’s enormous price tag.

When is the Chevrolet Corvette going to have its own special, coveted, very-limited-run supercar like the Porsche 935? 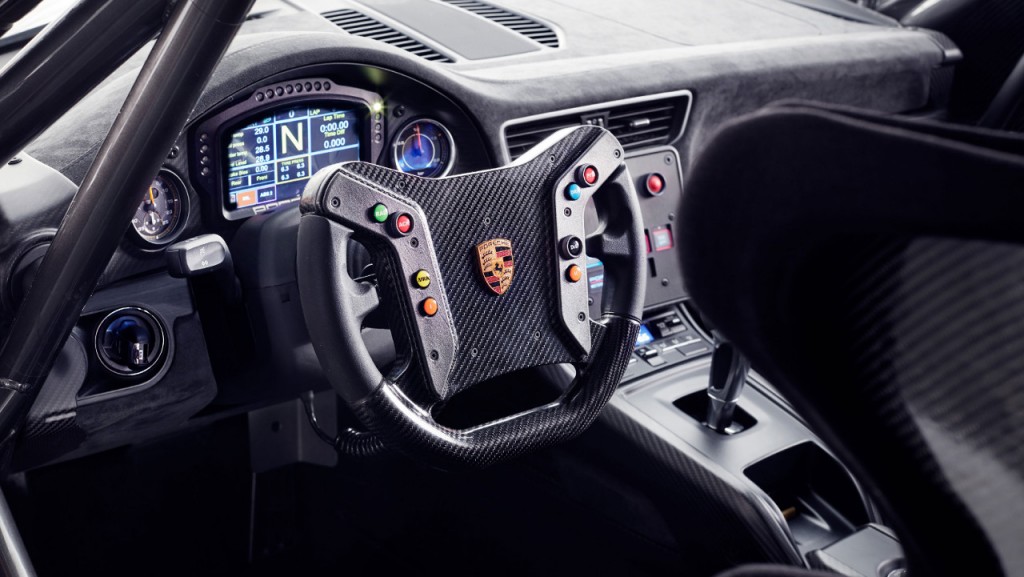 Just imagine the Corvette emblem there instead of the Porsche crest. Photo: Porsche

The positive effect that such a rare, limited-run halo car might have on Chevrolet’s image is hard to quantify in real dollars, but it’s difficult to think of another brand that deserves one more. Lest we forget, the Corvette is actually the Porsche 911’s senior, having launched in 1953 – a full decade before the arrival of the first 911. And while GM’s factory Corvette Racing effort is only 20 years old, the iconic American sportscar has been raced for far longer in the hands of privateer teams, often to great effect.

Heck, even Ford has the super-exclusive GT road car, and while we wouldn’t bet money that it’d ever hold its own against the new Porsche 935, there can be no arguing that the car doesn’t feel special.

With the mid-engine Corvette C8 fast approaching, the next few years could provide a ripe time for Chevrolet to give the Corvette the super-high-performance legend it deserves.