It’s no secret that the 2019 Camaro refresh is highly controversial. In a recent GM Authority poll pitting both models against one another, 47.6 percent voted that they prefer the looks of the pre-facelift, 2016-2018 model of Chevy’s pony car over those of the updated 2019 model, which received 49 percent of the votes. And then we got this wild idea: what if the 2019 Camaro wore the headlamps of Chevy’s well-received 2019 Blazer?

We set our crack team to graft the Blazer’s lights on top of the Camaro’s. They took a 2019 Camaro SS and replaced its top row of lights with those from the new Blazer.

Those paying particular attention will likely notice a rather notable flaw: we replaced the primary headlight cluster of the 2019 Camaro with Daytime Running Lights (DRLs) from the Blazer. In other words, the vehicle pictured here doesn’t have a primary lighting system, but rather two sets of DRLs. Although technically accurate, that line of thinking misses the point, since this particular exercise is really all about the aesthetics.

In fact, we could probably conclude that if it really wanted to, GM could shoehorn a set of primary headlights into the space allotted by the squinty/narrow lights in the rendering. Heck, the LED lighting hardware of the 2019 Silverado could probably be adopted to fit.

Either way, the launch of the 2019 Camaro is currently underway. As of this writing, the updated model has not begun to arrive to dealers just yet, but we expect that to begin taking place over the next few weeks. 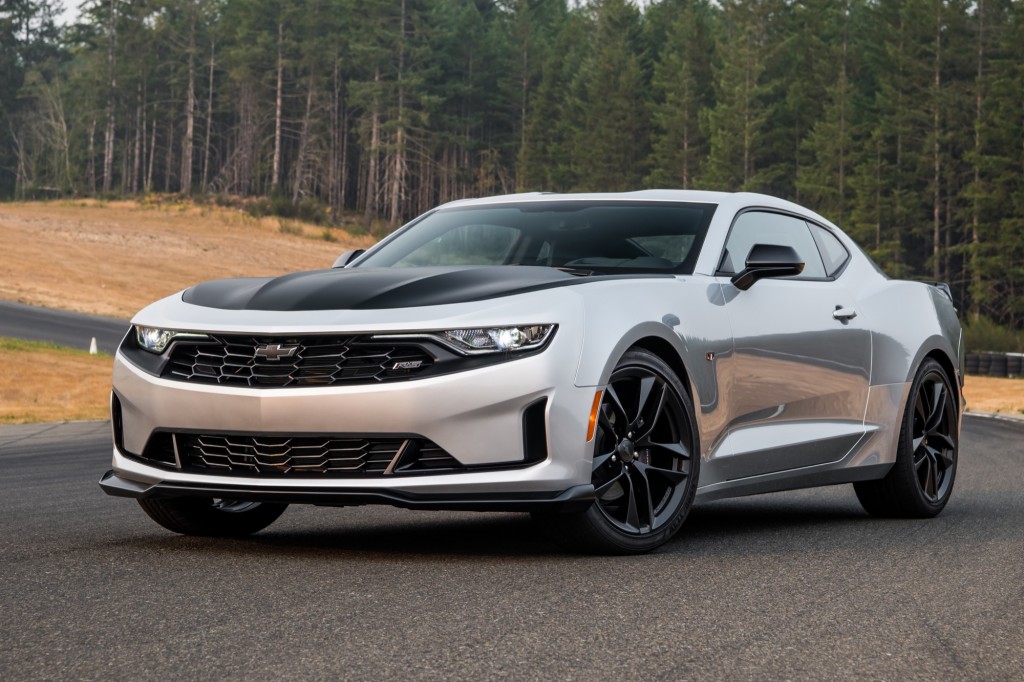