Chevrolet’s all-out attack on the Nürburgring Nordschleife with the forthcoming, eighth-generation Chevrolet Corvette isn’t showing any signs of letting up soon, and now, a video clip uploaded to Motor1‘s YouTube channel captures the mid-engine Corvette C8 blasting around the track at somewhere near a full trot. The clip gives us an excellent opportunity to experience the auditory character of the next Corvette’s potent V8 engine, and to see its sharp, angular body in motion.

Granted, this isn’t the first video clip we’ve come across that shows Chevrolet’s future mid-engine Corvette attacking the corners of Germany’s Nürburgring Nordschleife, but it might just be the clearest.

There are still a lot of unknowns with regard to the 2020 Chevrolet Corvette C8 – for instance, what sort of powertrain it will have. Rumors suggest that the mid-engine Corvette could start off with a revised take on Chevy’s 6.2L LT1 pushrod V8 before adopting 600-horsepower (naturally-aspirated) and 800-horsepower (twin-turbocharged) versions of a 5.5L DOHC V8. If true, those engines would mark the first overhead-cam V8s in the Corvette since the DOHC LT-5 used in the C4 ZR-1. 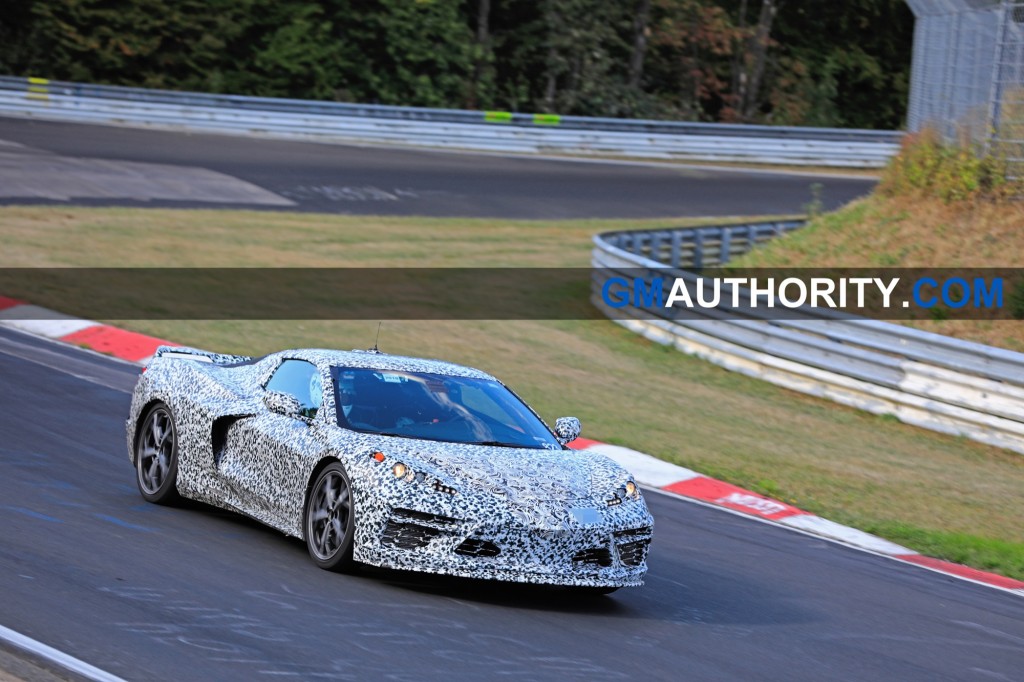 Whatever engines it offers, word is that the mid-engine Corvette will pair them exclusively with an eight-speed dual-clutch transmission. Many a member of the Corvette faithful will surely be dismayed to not have the option of a manual transmission, but from a performance perspective, a DCT is the correct choice.

However, what we do know about the mid-engine Corvette – from this and other videos – is that it’s poised to set a new performance benchmark for the nameplate. The C8 looks like it has plenty of performance left to give, as despite its impressive speed through every corner, there’s no drama, with not a discernible trace of oversteer or understeer as it makes its way through the corners.

Check out the latest mid-engine Corvette Nürburgring action in the Motor1 video above.