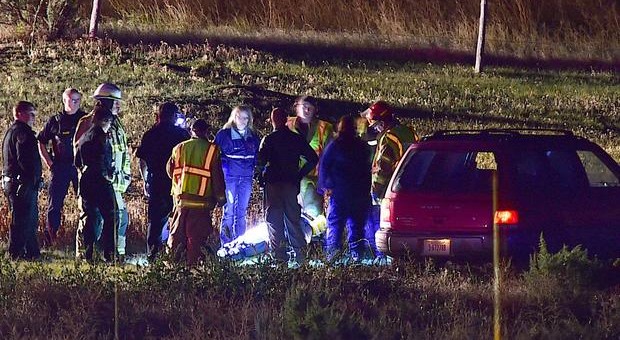 A rather simple robbery in Billings, Montana transformed into a Hollywood-style police chase only the likes of Grand Theft Auto enthusiasts could have imagined. The hour-long situation makes for quite the riveting story, involving ten crime scenes and the theft of five vehicles – two of which were Chevy trucks. Luckily, the gongshow ended with minor injuries for the suspect and no injuries to officers or bystanders. Here’s how it all went down.

On the evening of Monday, September 25th, police responded to a burglary alarm around 10:12 pm at a used car dealership – Performance Auto. When police arrived, two men were found inside. When confronted, Jason Ebard complied with police and was arrested. But that was not the case for 41-year-old Ryan McElmury, who decided to run. 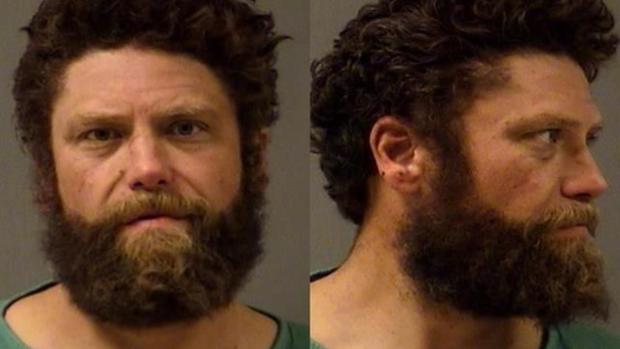 According to the Billings Gazette, the suspect escaped from the cops at the Performance Auto dealership. He ran to a nearby building and shot out its window, stealing a Ford pickup truck that had keys inside it. He drove out of the building, with an officer in pursuit. McElmury pulled a U-turn and drove at a Billings police officer who fired his weapon in defense. Bullets struck the windshield of a squad car as well as a nearby house. No injuries were reported.

From there, the suspect drove off while continuing to fire his weapon along the way, entering a social services building and demanding car keys from a woman at gun point. Being unsuccessful, he broke into a house and demanded keys to a vehicle, once again at gunpoint. This time, he go into a Chevy Avalanche that was parked in the garage, broke through the door, and took off yet again.

The pursuit continued into oncoming traffic. A set of spike strips blew out the tires of the Chevy truck, but that didn’t seem to deter the suspect, who continued driving at two vehicles attempting to stop his reckless escape attempt. With the Avalanche disabled, McElmury managed to force another driver out of his Chevy Suburban at gunpoint.

He drove his second Chevy truck down Interstate 90 to a gas station, where he attempted to steal yet another car. His first attempt failed, so he moved to another target – a woman pumping gas into her Nissan Pathfinder. McElmury stole the vehicle and fled the scene, with police in full pursuit. At this point, Highway Patrol troopers and sheriff’s deputies joined the police chase.

The suspect attempted to turn onto a road to continue his escape from the police, but he took the turn at too high a speed, causing the vehicle to roll over. He managed to escape from the roll-over and steal his final vehicle, driving at officers yet again, three of whom fired their weapons. This time, a bullet successfully connected with the suspect, who finally surrendered – bringing the end to this police chase.

McElmury was apprehended in possession of two magazines and a handgun. Police say he has no notable criminal history in Billings, but he has an “extensive drug history” in Wyoming. He was treated for his injuries, which involved “some minor injuries to his head and hand”, according to Billings Police Chief Rich St. John.

Police say that had McElmury simply complied at the dealership, he would only be facing a burglary charge, but can now be facing significantly more.