For some, this first-gen, lifted Camaro that we came across near Denver is an unforgivable offense, but for others it may be the coolest thing they’ve seen all day. In our, opinion it falls somewhere in between those two ends of the spectrum.

On the one hand, we don’t think we’d have the heart to hack up a first-gen Camaro, and would rather have one as a traditional cruiser that could double as a dragstrip warrior or a sweet touring machine. To that end, we wouldn’t call ourselves purists, but there are just some cars that we’d rather preserve. 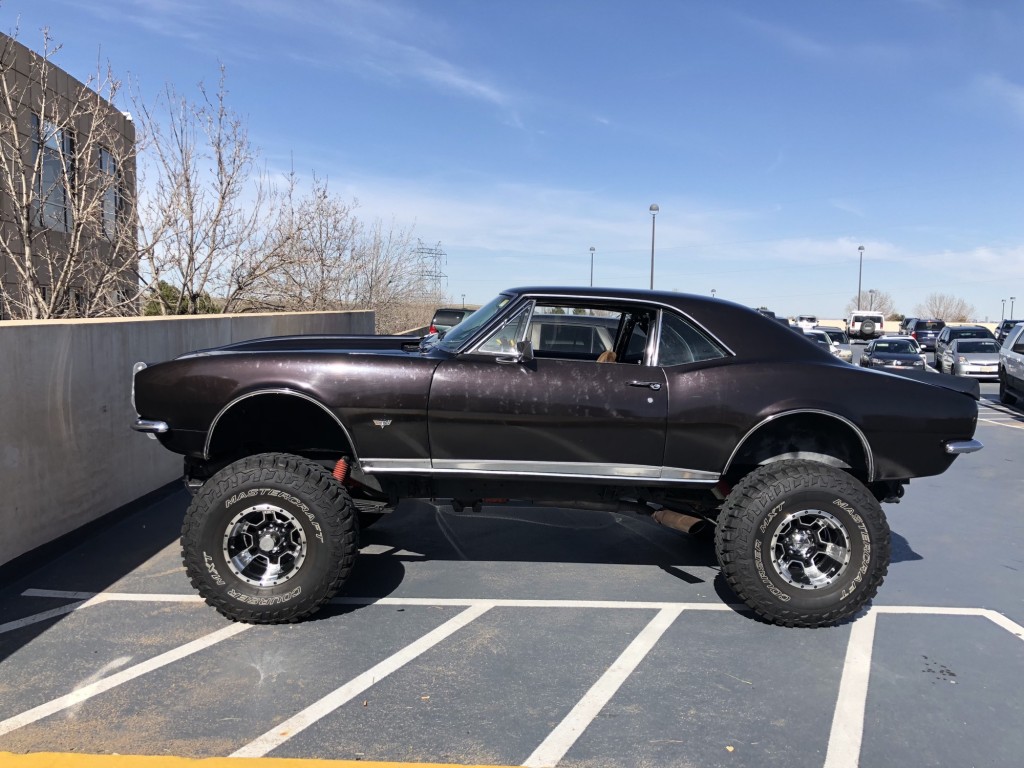 On the other hand, though, well… just look at the thing! If you want a head turner, for better or for worse, this is it.

Plus, this lifted Camaro is brown, and brown cars always get bonus points… or something. 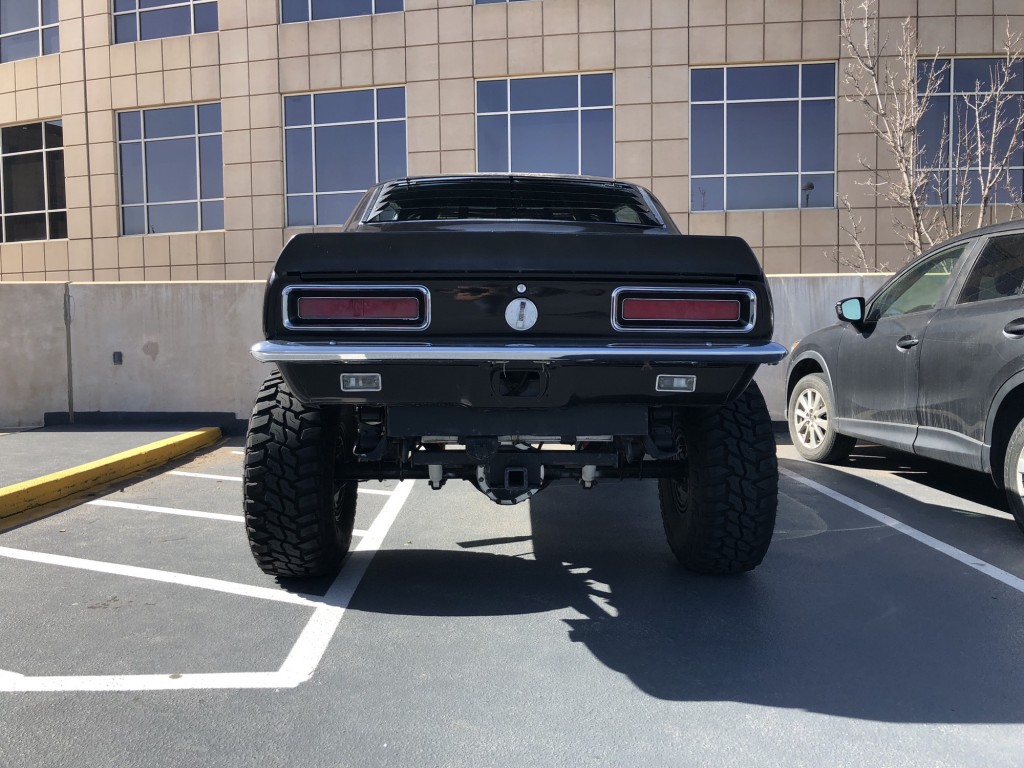 This isn’t the first lifted muscle car we’ve ever seen, and it’s by no means the first lifted Camaro of the first generation to exist. Back in 2016, the fellas at Gas Monkey Garage put together a 1967 Chevrolet Camaro “4×4 Monster Truck”, which was equipped with a built 454-cubic inch V8 and a Chevy Blazer chassis. Here it is now. 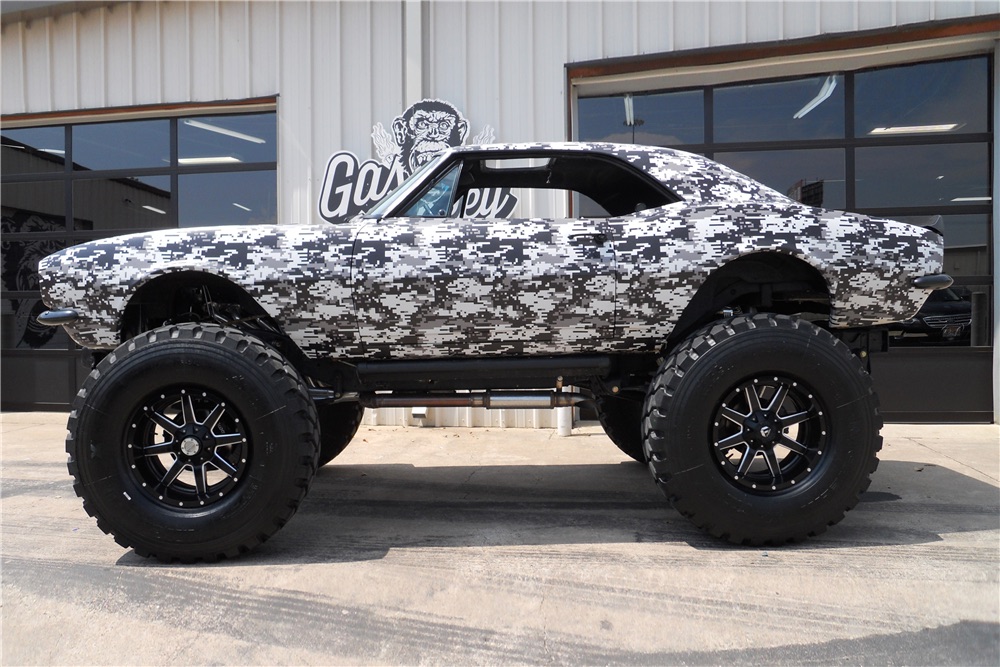 The drivetrain was refreshed with Yukon axles, gears and lockers, and it rode on huge 44-inch Michelin XZL tires wrapped around Fuel Maverick 20×10 rims. Digital camo vinyl wrap completed the look. The Camaro Monster Truck was eventually sold at the 2016 Barrett-Jackson Las Vegas auction for a not-insignificant $53,800.00.

We’d like to hear your thoughts on this jacked up first-gen Camaro. Is it a blasphemous mistake, or is it a magnificent hunk of metal? Or would you rather just get a Colorado ZR2 Bison and be done with it?

Give us your thoughts in the comment section after perusing through the gallery below, and be sure to stay tuned to GM Authority for more Chevrolet Camaro news coverage. 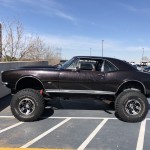 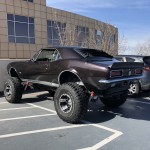 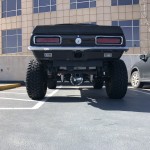 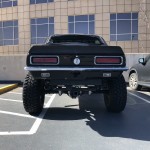 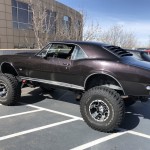 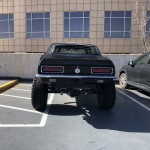 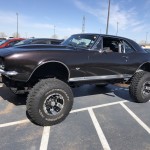