Engine swaps aren’t anything new, but this one really gave us pause. There are so many different worlds colliding inside this 1999 Acura Integra that it’s tough to know where we should begin. But, we’ll begin with the main point: the car’s original four-cylinder engine is no longer.

Instead, a 500 cubic inch twin-turbo Cadillac V8 engine is present. Obviously, such a massive engine would never stuff under the Acura Integra’s smaller hood, so it sits where the back seat. As one does. The Acura Integra is for sale on Classiccars.com currently, which provides a little insight into the build. 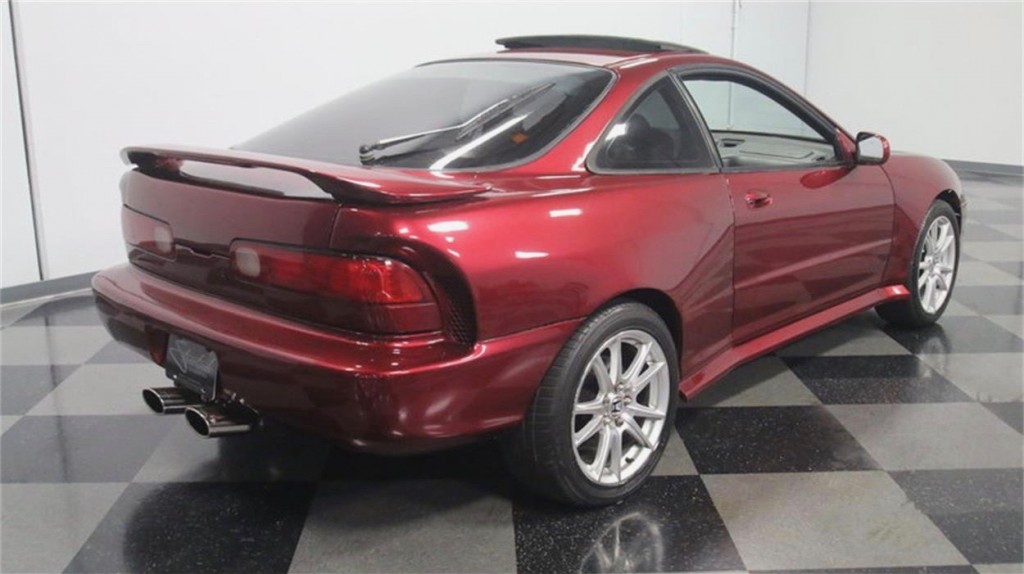 At first glance, especially at the front, the Integra appears like any other late 1990s sport compact model, though we must say it’s in pristine condition. Bless warm temperatures in down south, where this Integra calls home. We digress.

Looking at the rear, it becomes clear quickly this is not an average Integra. The car sports revised body work with vents flanking the taillights in an effort to cool the massive V8 engine stuffed in the rear of the coupe. The rear fenders have also been widened and dual exhaust runs in the middle of the Integra, unlike the stock single exhaust. 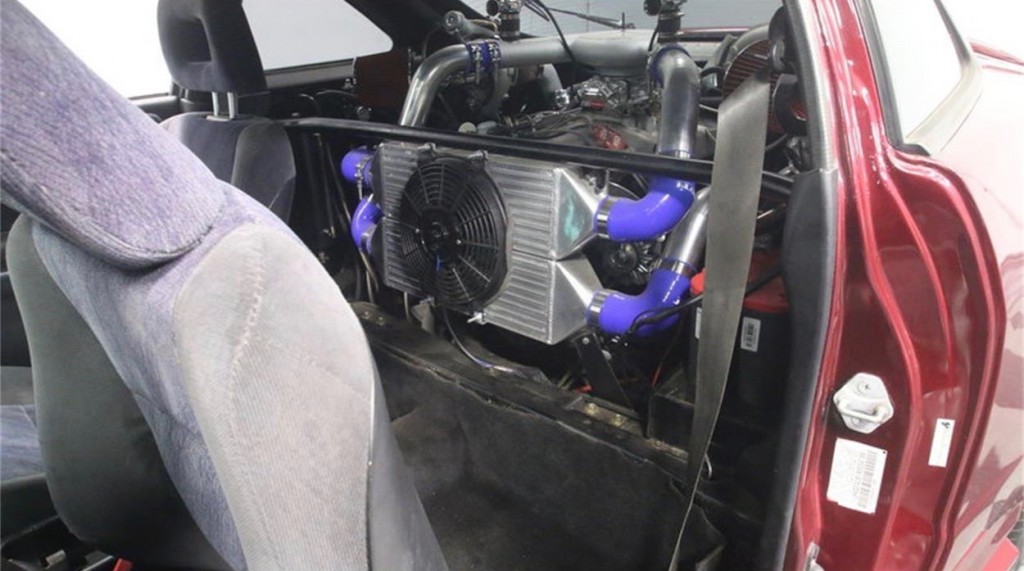 A three-speed Eldorado automatic transmission sends power to the rear wheels and the hood now houses a 17-gallon fuel cell and V1000 pump and two intercoolers for the turbos.

Inside, aside from the lack of rear seats and a massive engine, things are mostly stock. A B&M shifter sits between the driver and passenger and auxillary gauges are present to keep an eye on the engine’s vitals. Otherwise, the stock gauges, steering wheel and seats all come from the Honda factory. There’s also no radio, but it’s quite obvious why; the soundtrack sits in rear.

It’s going to take a special buyer to bring home this Japanese-American mashup, but we can’t imagine how quick the car is. And that’s surely a lot of fun for $27,995.