Electric cars facing off against high-power vehicles with a traditional internal-combustion engine isn’t anything new. However, this is one of the first times we’ve seen a Tesla Model 3 race a C7 Corvette.

Many drivers have lined up against the Tesla Model S and even Model X only to have the doors blown off them in a silent orchestra with only tire squeal conducting the event and new video lets us know if the Tesla Model 3 carries on the motif. For better or worse, it does. The electric car in question is a Model 3 Performance, which boasts a dual-motor setup with all-wheel drive, performance wheels and brakes, and an increased top speed from 145 mph to 155 mph (for an extra $5,000 atop the $65,000 starting price). Power ratings sit at 450 horsepower and 471 pound-feet of torque.

The instant torque is enough to leave the C7 Corvette in behind with its 6.2-liter LT1 V8 engine producing 455 hp and 460 lb-ft of torque. The video only shows a view from the driver’s side window, so it’s unclear if the Corvette ever made up ground, but we also think the Model 3 driver had a much quicker reaction time. AWD versus RWD is always a losing proposition for the latter, too, as the Corvette dealt with wheelspin off of the line. 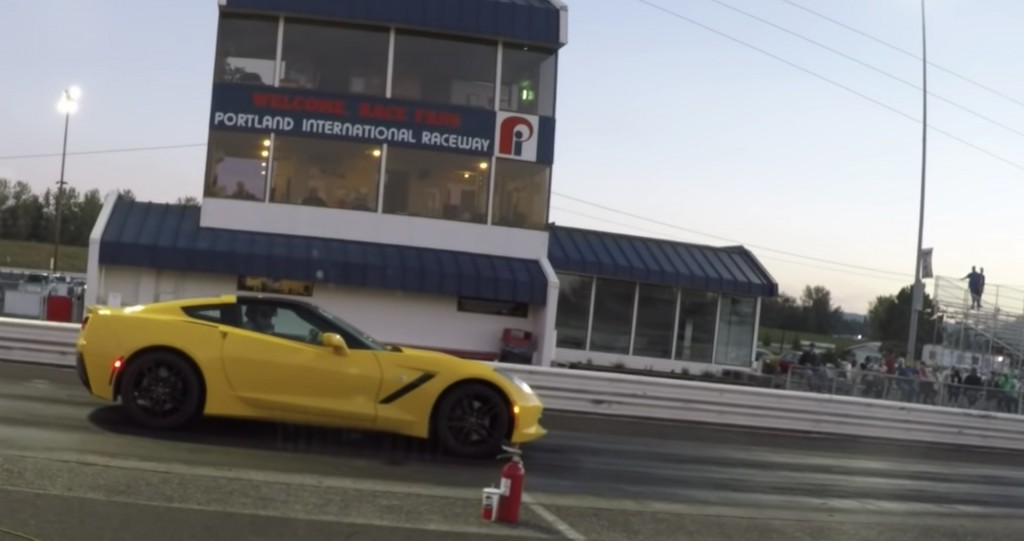 The Tesla won this battle, but the Corvette could return with a vengeance in the near future. Rumors suggest the mid-engine C8 Corvette will usher in a hybrid variant sporting all-wheel drive and an electric motor perhaps making around 1,000 hp.