In the Camaro world, little else says performance like the fabled “Z/28” badge, which debuted for the 1967 model year as a way of denoting an especially high-performance package aimed at making a pony car capable of competing in the SCCA Trans-Am Series. That year’s Chevrolet Camaro Z/28 packed a solid-lifter 302 cubic-inch V8 producing a claimed 290 horsepower – although actual peak power output was believed to be well in excess of 300 horsepower – and a four-speed manual transmission.

The most recent Chevrolet Camaro Z/28 – the one launched for the 2014 model year, while the pony car was still in its fifth generation – packed an otherworldly 505 peak horsepower, courtesy of a high-revving (for a production OHV V8, anyway) 7.0-liter V8 LS7 engine borrowed from the 2006 Corvette Z06. 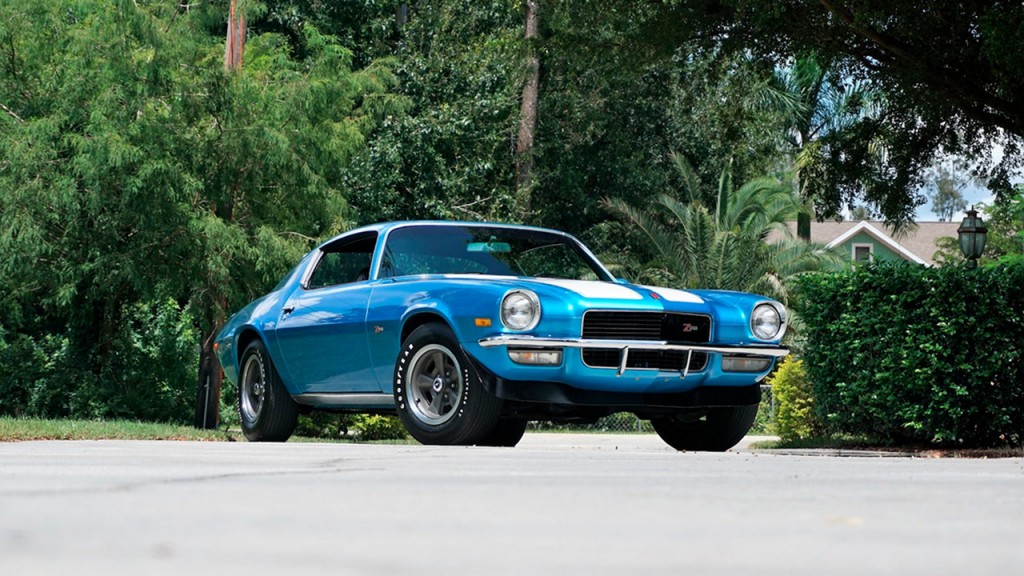 Sadly, not a single fifth-generation Chevrolet Camaro Z/28 seems to be making its way to auction at Mecum‘s 2018 Dallas event next month, but ten other Z/28s from the past five decades will. On the roster are four first-generation (1967-’69) Z/28 examples – including one from the model’s first year of production – along with five from the Camaro’s second generation (1970-’81) and one from the fourth-generation (1993-2002) Chevrolet Camaro lineup. Three of those – a “comprehensively restored” 1971 Z/28 in blue, an unrestored one-owner 1980 car in black, and a genuine 1997 Brickyard Festival Pace Car with just 1,400 miles from new – are being offered with no reserve. 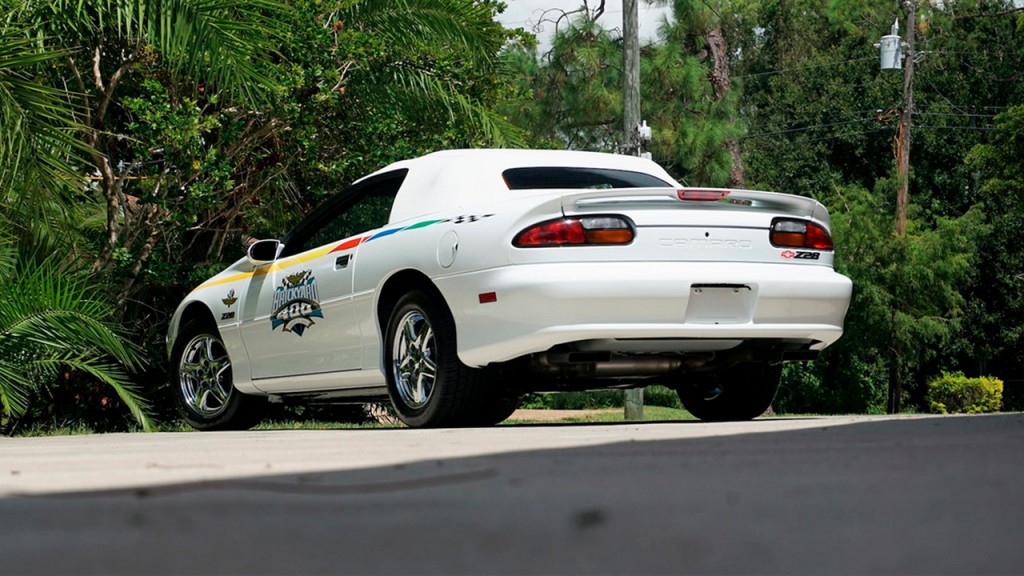 As rare and intriguing as the white ’97 Pace Car is, our favorite of the ten Z/28s heading to auction next month is easily the black 1969 Chevrolet Camaro Z/28 shown at the top of this page. It’s from the Z/28’s first generation, thus possessing the coveted 302 cubic-inch solid-lifter V8, and boasts a sinister black-on-red color scheme, much like Satan’s Camaro probably would. As if that weren’t enough, it’s undergone a thorough concourse “nut-and-bolt” rotisserie restoration, giving it a beautiful, almost factory-fresh level of purity.

If you’ve got a couple-dozen grand to drop on a vintage Chevrolet Camaro Z/28, be sure to make your way out to Mecum’s Dallas auction event from October 3rd through the 6th for your chance to come away in one of these brilliant cars.