This is the world’s fastest rear-wheel drive car. It’s a 2,800-horsepower C6 Corvette Z06, and High Performance Academy has given us a tour of the car and what goes into making it so formidable.

The Morris Malone C6 Corvette Z06’s high performance starts with a 6.6-liter LS engine with aluminum Dart LS block and Edelbrock LS-R heads. The beefed up block ensures the engine handles the ungodly amount of power on tap, but as for the power, that comes in part from Precision 88mm Gen II Pro Mod turbos. 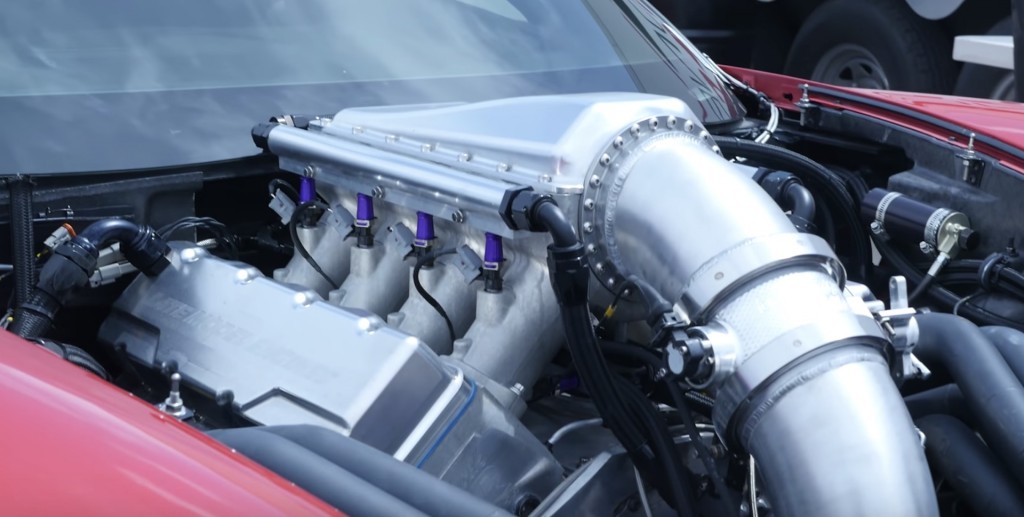 With the twin-turbo system, lag is an issue. However, a nitrous system onboard helps spool the turbos up off the line. From there, once the boost reaches a predetermined level (the car can run 45 psi), the nitrous system is deactivated. At high altitude, the team runs a second nitrous system to help with additional lag.

The boost system also works to ensure the best amount of traction as the C6 Corvette Z06 rockets down the half-mile race track. But, aerodynamics also play a major part in keeping the car planted. Before the rear wing and diffuser, the team had issues running any more than 30 psi of boost. It was still good enough to push the car to 223 mph down the race track, but the Corvette had more in it. 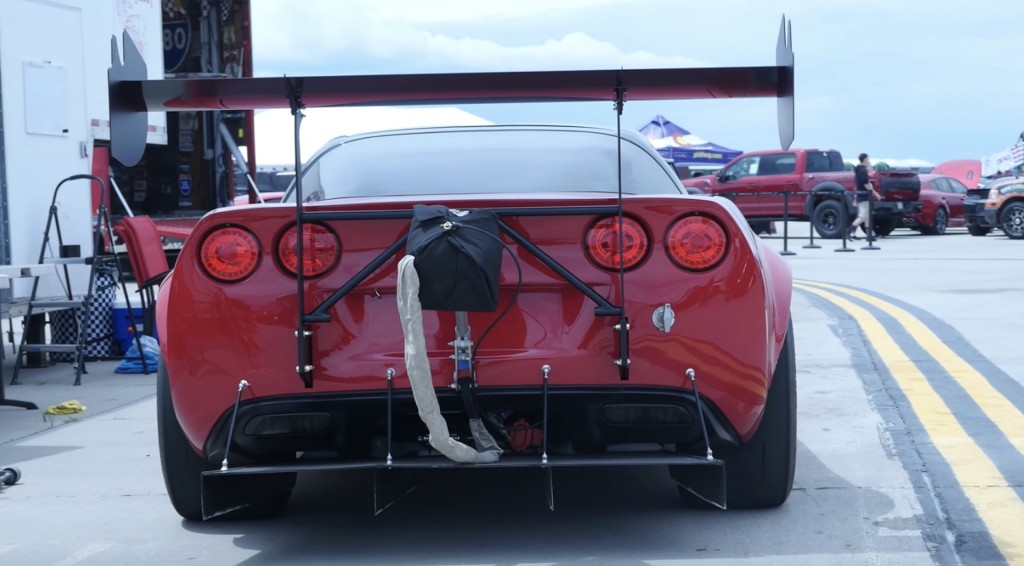 With a goal to reduce wheelspin as the Corvette raced, the team ruled out adding more power, obviously. Instead, they added the rear wing and diffuser to increase downforce. The additions pushed boost to 45 psi even though the car initially ran slower with more drag. Still, it was enough to take the world record for fastest rear-wheel drive car at 236 mph.

The goal now is to continue tweaking the system to push the car in excess of 239 mph and put some room between the current world record. In the meantime, the car has no problem eating all-wheel-drive opponents.