Ringbrothers has graced the past few SEMA shows with incredibly built custom cars, and this year should be no different. The Wisconsin-based custom shop has teased its 2018 SEMA project, and it could very well be a Chevy Blazer.

The sole photo is a basic design sketch showing off the front quarter view of a vehicle. The fascia seen can be attributed to either Blazer or Chevy C10 pickup from the early 1970s. Both vehicles wore the rather simple grille design and square housings for round headlights. One thing is certain: this won’t be a low-rider. The sketch reveals the show car will feature a lift of some sort. We can also make out a custom hood.

Ringbrothers rarely does things in a simple manner, however, so we expect more than just a raised Chevy Blazer with a hood scoop. The shop has brought such custom cars to life as the Cadillac Madam V. The show car, which debuted in 2016 and featured two Cadillac ATS-Vs molded together under bespoke sheet metal to create a wild custom car. Perhaps the most memorable of all is the Chevrolet Chevelle Recoil.

The Chevelle Recoil stormed onto the stage with a Wegner Motorsports V8 derived from the 7.0-liter LS7 V8 engine, a Dynotech driveshaft, Flowmaster mufflers, John’s Industries 35-spline Ford rear-end, and a Bowler Tremec T56 transmission. The exterior was nearly as menacing as the specs with a BASF Sandstorm color and exposed carbon stripes. 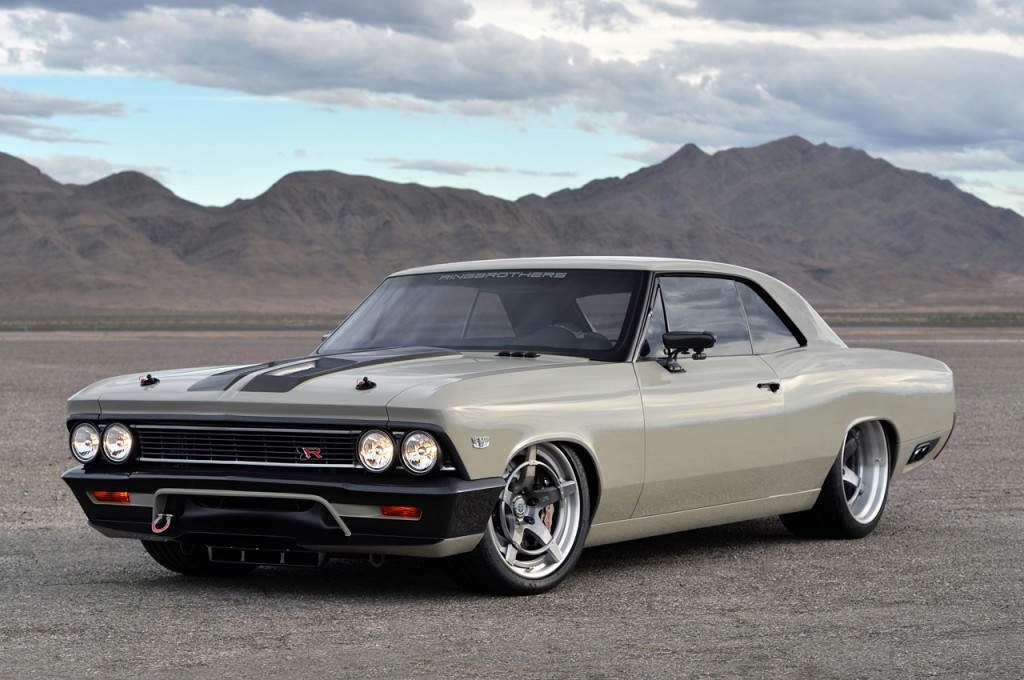 We’ll likely continue to see Ringbrothers tease its build as we approach the SEMA show, which opens on October 30 and runs through November 2. The show has become a pillar for custom projects not only from shops, but automakers, too. Specifically, General Motors has used the show to float a number of in-house aftermarket solutions for trucks and its sports cars. You bet this year will be full of 2019 Chevrolet Silverado models, and perhaps the 2019 Blazer, too.