General Motors’ Chevrolet brand is very nearly ready to introduce its first production Corvette with an engine mounted behind the drivers seat: the mid-engine Chevrolet Corvette C8. But lest we forget, Chevrolet has been in pretty much this exact spot before, engineering a rear-mid-engine Corvette in the late-1960s that would evolve over the following several years into the “Aerovette” – an advanced, two-door sportscar with a rear-mid-engine/rear-wheel-drive (RMR) that was actually approved for production for 1980.

Needless to say, the Aerovette did not end up making it to production, and all that remains of the car today is a smattering of prototypes and a handful of stories.

The “Aerovette” mid-engine Corvette started out as eXperimental Project 882 (XP-882), powered by one of GM’s trusty small-block V8 engines with a RWD drivetrain, and plans to later add an AWD option. Two prototypes were built in 1969, but the car never ended up being approved for production as it sat. 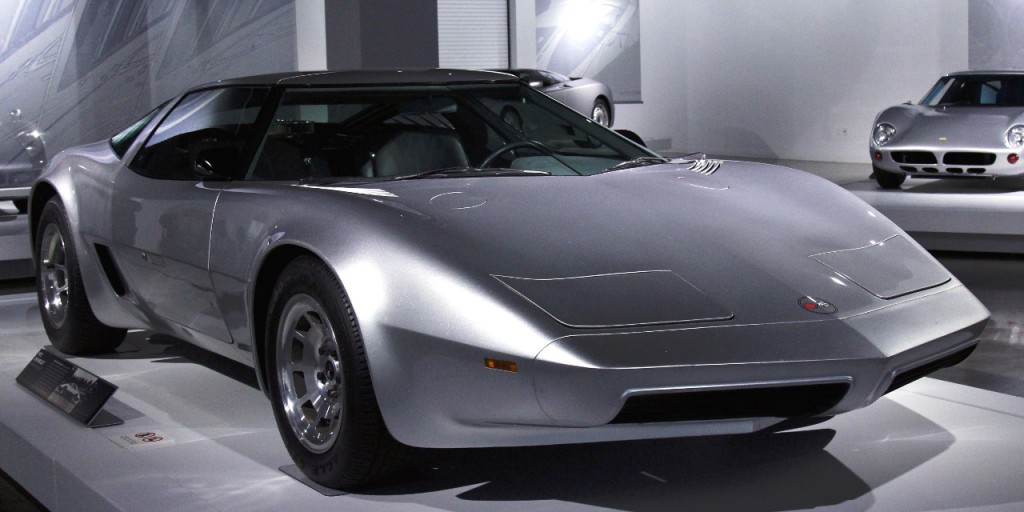 Just a couple of years later, however, development work resumed, and XP-882 was relabeled “XP-895”. In a perplexing turn of events, the small-block V8 was replaced with a four-rotor Wankel engine created by combining a pair of prototype two-rotor engines that had been developed for the Chevrolet Vega. That 420-horsepower four-rotor Wankel went the same way as the Vega’s two-rotor unit, being axed as fuel prices began to soar, but a 6.6-liter V8 was selected to replace it, and the car received the greenlight for production under the “Aerovette” name.

Ultimately, the relatively high cost of production and small perceived benefit to performance ended up leading to the cancellation of the program before XP-895 ever reached the assembly line. In the four decades since, a couple more mid-engine Corvette concepts came and went – namely, the 1986 Chevrolet Indy concept, and the 1990 CERV (Chevrolet Engineering Research Vehicle) III. But neither of those was ever seriously in the running to become production passenger cars, and it wasn’t until this decade that Chevrolet ever got close to giving it another shot in earnest.