As automakers like General Motors start electrifying the powertrains in a greater share of their passenger vehicles, there’s little chance that the trend of adding more and more forward gear ratios to transmissions will continue, says GM Global Executive Director of Transmission Electrification Mike Anderson. During a recent interview with Autoline‘s John McElroy, the transmission electrification boss said that transmissions incorporating one or more electric motors will effectively negate the need for GM to go much further than its current ten-speed automatic transmission, developed in collaboration with Ford.

Transmissions like the one used by the 2017 Cadillac CT6 plug-in hybrid – an “electric variable transmission” incorporating three planetary gearsets, five clutches, and a pair of AC motors – will become more widespread in vehicles with internal combustion engines, Anderson suggests. Pure-electric vehicles, which have become a major focus of GM’s, have their own unique propulsion needs, and don’t necessarily even require transmissions at all. 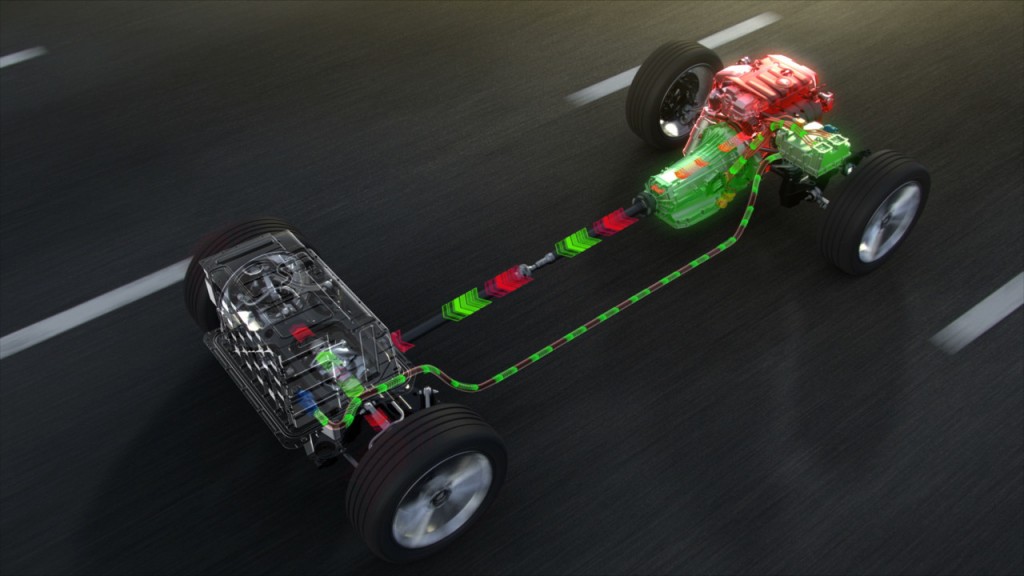 The powertrain of the 2017 Cadillac CT6 plug-in hybrid.

Whether or not a given battery-electric vehicle has a transmission – and whether or not that transmission has more than one forward gear – has a lot to do with the power-to-weight ratio of the vehicle and the maximum rotating speed of the electric drive motor(s), Anderson says. “A lot of folks are showing that even with something that has a very large weight with a small power output, a two-speed is actually something that somebody might want, but you don’t need the kind of gearing that we have today” with a BEV, he says.

The 2017 Chevrolet Bolt EV has a single-speed automatic transmission, but provides more than enough thrust for daily use, with a 0-to-60-mph time somewhere around six-and-a-half seconds, and a top speed of around 90 mph.

In any event, electrified transmissions will likely continue to see more widespread use in vehicles with internal combustion engines, making further investment into inflating the number of gears in conventional planetary automatics pointless. The Ford/GM ten-speed automatic might just have the highest gear count we’ll ever see in a GM product.