Needless to say, it’s quite rare for a racing outfit to win a championship title without ever having won a race all season, but that’s just what Jan Magnussen and Antonio Garcia could be on-track to accomplish in the 2018 IMSA WeatherTech SportsCar Championship. The two drivers are currently at the top of the GTLM-class leaderboard, giving them a decently good chance of taking the championship for a second consecutive season, despite not having placed first the entire season.

That’s because titles in the IMSA WeatherTech SportsCar Championship are determined by points, with the most points obviously going to the winning team, and incrementally fewer points going to second, third, fourth, and so on. The No. 3 Chevrolet Corvette C7.R crew might not have any outright class wins to their name this year, but they do have four second-place and four third-place finishes, all of which contribute majorly to their nine-point advantage over the No. 67 Ford GT as they enter the final round of the series. 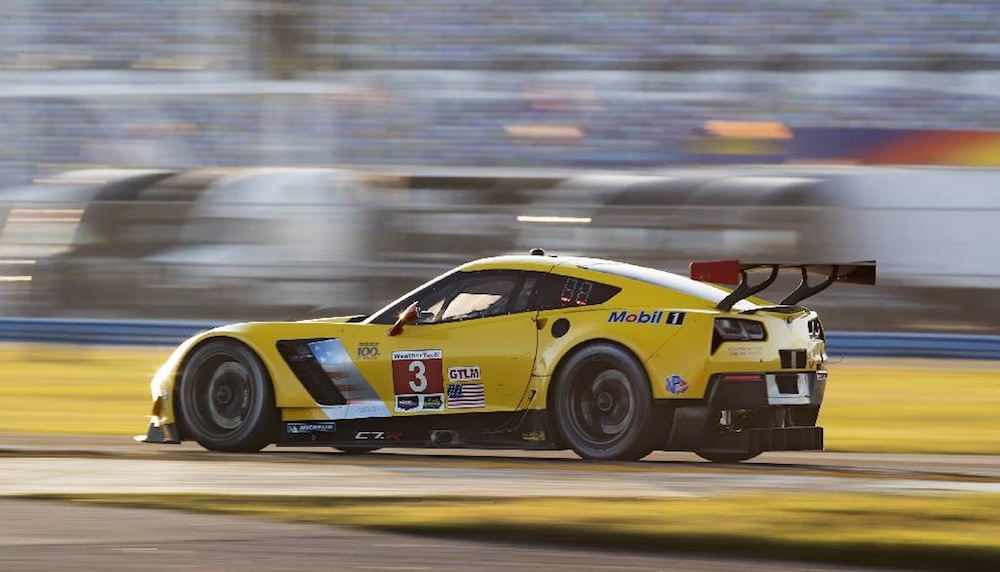 It’s much less likely that Chevrolet will win the manufacturers’ title, however; that honor looks destined to go to Ford, thanks to the constructor’s five wins and three additional podium finishes for the season, including four consecutive victories earned at Watkins Glen, Mosport, Lime Rock Park, and Road America. Like the No. 3 car’s lack of class victories, that, too, would set this season apart from last season, when Chevrolet did win the GTLM Manufacturers’ Championship.

In addition to the drivers’, manufacturers’, and teams’ titles being decided next month at the Motul Petit Le Mans at Road Atlanta, the race will also determine the winners of the North American Endurance Cup in the Prototype, GTLM, and GTD classes. That honor is decided by teams’ performances in the four longest-format races of the season: Daytona, Sebring, Watkins Glen, and Road Atlanta. It would be virtually impossible for Magnussen and Garcia to claim that title in their No. 3 Chevrolet Corvette C7.R, however, as they’re currently in fourth in the standings, behind the No. 66 and 67 Ford GTs, and the No. 911 Porsche 911 team.