Since the C2 Corvette, every generation of the sports car has featured a removable roof of some sort, be it T-tops or a targa-style roof, and it appears that the mid-engine Corvette will also adhere to the tradition, as the latest spy photos show cutlines on the roof that give away the presence of a removable targa top. We spied this feature back in May, and the latest photos make it clearer than ever. They also further confirm the presence of a rear-facing camera that will enable the Rear Camera Mirror that’s proliferating across the GM vehicle lineup.

The latest mid-engine Corvette prototype, spied undergoing testing in Germany just outside the Nurburgring, is missing the bulky camouflage of prior testers, giving us a chance to finally see some of the production styling that will find its way to the first mid-engine Corvette in production. But it also shows that Chevrolet isn’t abandoning with Chevrolet tradition, at least not when it comes to the roof. 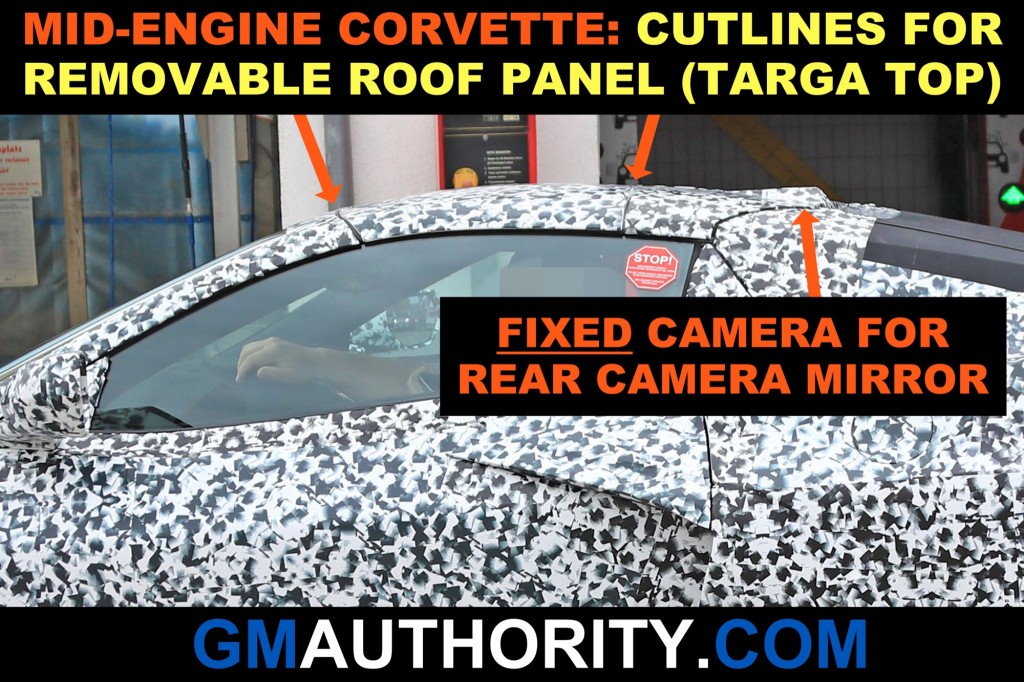 One interesting question about the removable roof is where the panel for the C8 Corvette would be stored when removed. The C7’s targa roof stores neatly under its liftback, but the mid-engine Corvette will naturally boast different levels of cargo capacity compared to the current model.

We suppose that engineers have some form of a clever solution that would involve storing the roof panel in the  new frunk of the mid-engine Vette. However, if the next Corvette will one day feature a 5.5-liter twin-turbo V8 engine paired with a hybrid powertrain, then it might the available space in the frunk limited, as that’s where the electrification hardware will likely be placed.