General Motors has filed an application to register “MELD” as a trademark with the United States Patent and Trademark Office (USPTO), GM Authority has discovered.

The automaker’s September 10th, 2018 filing is assigned serial number 88110337 and specifies that it will be used in conjunction with the following types of goods and services: 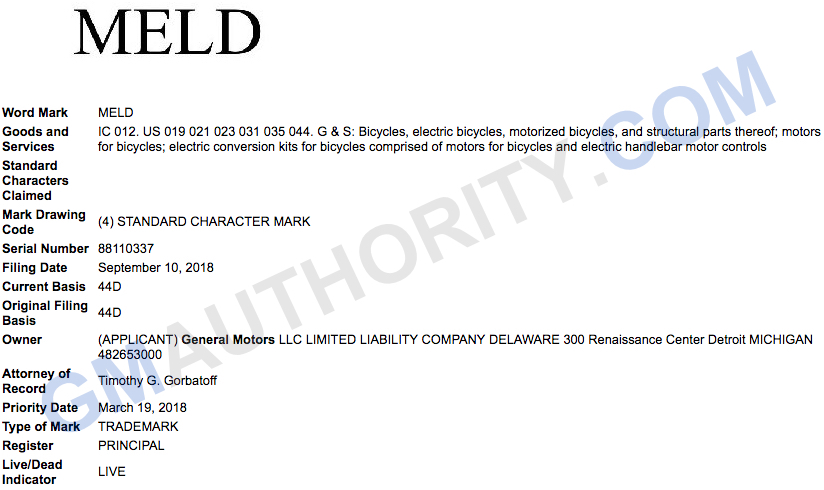 This GM trademark application for MELD lists the exact same goods and services as the firm’s Maven Verity filing from June and a Maven Merge filing from August 2017. At of this writing, none of the applications has been granted, as all three must undergo the USPTO’s regular trademark process. However, having three applications for the same exact goods and services identifiers lends more credibility to the notion that The General is actively working on a product or service (or both) associated with electric bikes, or e-bikes.

Notably, meld is defined as:

Upon discovering the Maven Verity and Maven Merge trademark filings, we opined whether GM is planning on bringing to market an e-bike sharing service to complement its current Maven vehicle sharing service. Notably, an e-bike service could potentially solve the “last mile” problem associated with current vehicle sharing services, which occurs when a customer (who does not own a car) would like to use a car sharing service (like Maven), but has no way of getting to the location where the shared vehicle is parked. In this scenario, the customer in question is required to use a ride hailing service (like Lyft or Uber) to arrive to the location where the shared vehicle is parked, thereby incurring additional and unwanted expense. 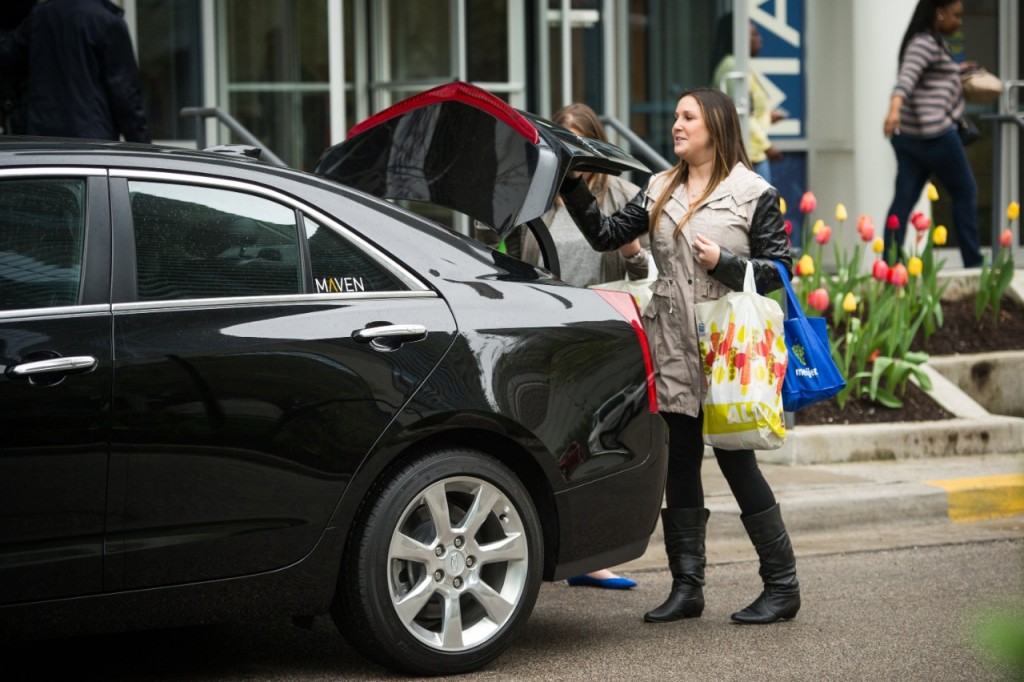 The “last-mile” problem is believed to serve as a significant deterrent to a greater adoption and usage of vehicle sharing service like GM’s own Maven. A potential e-bike sharing service (like Maven Verity, Maven Merge or MELD) could theoretically remove or reduce this obstacle by distributing electric bikes around various parts of town, in much the same way as bikes or scooters from Lime, Bird or Spin are available around certain cities. Or perhaps we’re totally off the mark, and GM has other plans entirely.

General Motors has been an early adopter of modern mobility services; Maven was one of the first car sharing services to roll out globally. Since then, the automaker has expanded its various mobility services by introducing services like Maven Gig, Maven Ride and the Book vehicle subscription service for GM’s luxury Cadillac vehicles. All signs point to GM expanding the latter to the rest of its brands (Chevrolet, Buick and GMC) via a potential DriveScription service for which GM filed in August.

Stay tuned to GM Authority as we follow this one closely, as well as to our ongoing Maven news and GM news coverage.