In our smartphone-obsessed society, it’s become increasingly common for people to engage in bad behavior from the drivers seat, checking social media or texting friends while at the wheel. It’s not that we don’t know that smartphone usage during driving is bad; citing a recent Research Now survey, Chevrolet says that 84 percent of drivers acknowledge that distracted driving while handling a phone is dangerous. Yet, the same survey found that 90 percent of drivers admit to having done it in the past.

Now, a new Chevrolet phone app named “Call Me Out” is taking aim at the problem, using prerecorded messages from the user’s friends and loved ones to encourage them to put down their phones while driving. Free for Android from the Google Play store, Call Me Out utilizes the phone’s built-in GPS and accelerometer to detect when it is picked up by a user traveling at speeds greater than 5 mph. When that happens, personalized messages play to prompt the user to put the phone back down. A scoreboard and rankings keep track of detected phone use while driving; the less a user picks up his or her phone behind the wheel, the more points they get, and the higher they rank next to other users. 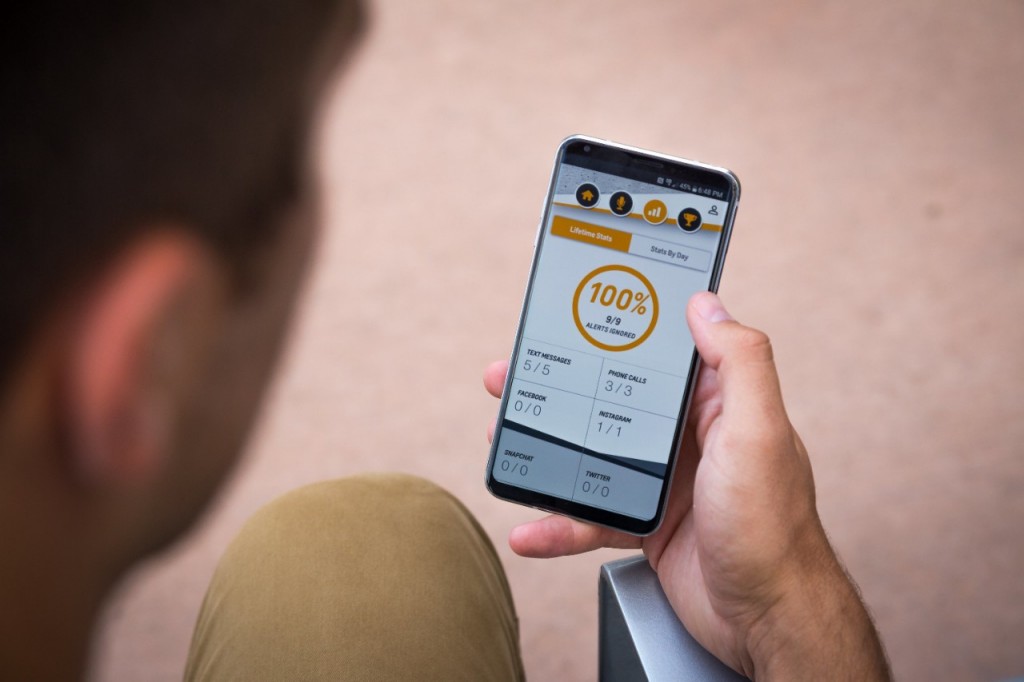 It’s all about leveraging what Chevrolet calls the “positive influence of peer pressure on behavior,” and the idea was borne out of a Chevrolet-hosted hackathon that sought solutions to the problem of how to reduce distracted driving. The resulting Chevrolet phone app and its underlying concept were tested by students at Wayne State University in Detroit, although the automaker makes no official claims regarding its efficacy.

“As the father of two daughters, I am keenly aware of all the perils that my children face out in the world on a daily basis, and that is why it is so important for GM and Chevrolet to offer technologies that help all of us become safer drivers,” says GM President of North America and Global Head of Chevrolet Alan Batey. “With Call Me Out we are extending our commitment beyond the technologies integrated into GM and Chevy vehicles and are making the app available for Android phone users who drive other vehicle makes and models in an effort to help people change their driving behavior and make our roads safer.”