Cadillac could introduce an all-new sedan in China before the end of 2018, according to a slideshow presentation given to Chinese Cadillac dealers earlier this year. One slide in the presentation, an image of which was acquired by our sister site Cadillac Society, breaks down the GM luxury brand’s history in the country, starting with the 2004 Cadillac CTS and running up to the near future. For calendar year 2018, two blacked-out vehicle silhouettes are shown, one being the 2019 Cadillac XT4 that was launched late last month, and the other being an unidentified sedan that we believe to be the new Cadillac CT5.

(The Cadillac XT4 had not yet been introduced at the time the presentation was given.)

The new Cadillac CT5 will most likely replace the long-wheelbase ATS-L in the Chinese market, as that model hasn’t received any updates since its introduction in 2014, leaving it a tad uncompetitive in China’s highest-volume luxury segment. Cadillac’s other existing models in the market – the XTS, CT6, and XT5 – have either been updated or are about to very soon, suggesting that Cadillac has only held off on freshening up the ATS-L because it’s soon to be replaced. 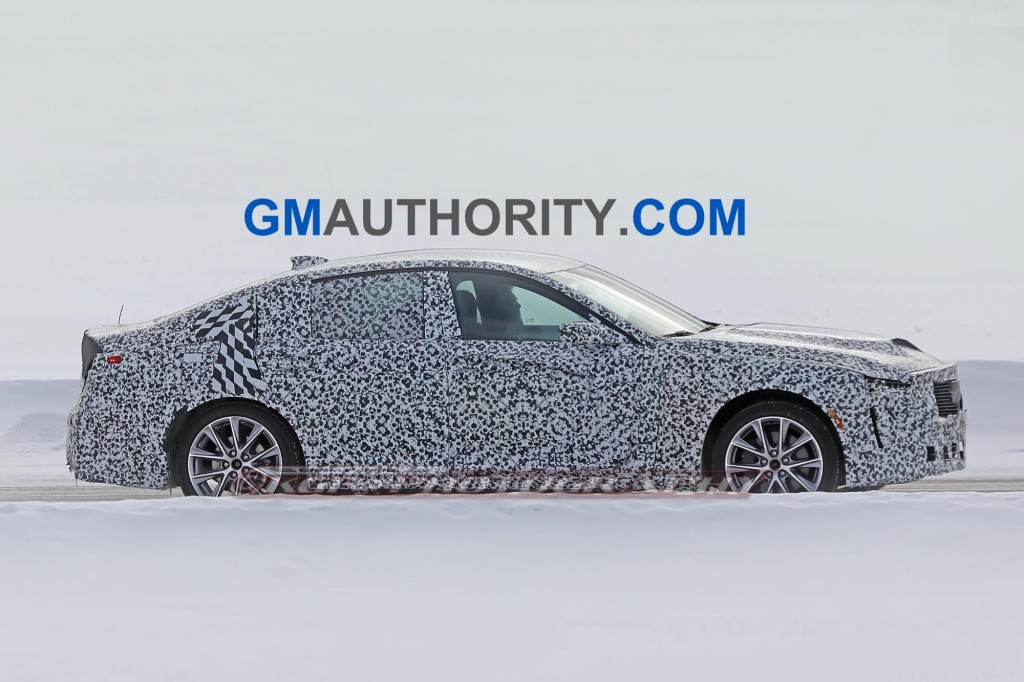 The future Cadillac CT5 is expected to replace the current midsize Cadillac CTS in the North American market, and the ATS-L in China, when it goes on sale in the near future. We believe it to be the car shown in silhouette form in Cadillac’s dealer presentation because it’s been spotted publicly on numerous occasions over the span of the last several months. It will most likely launch in China prior to starting sales in North America, probably in the spring of 2019 as a 2020 model.

All this means that the new Cadillac CT5 could be revealed domestically as soon as the Los Angeles Auto Show in November, after bowing even sooner in China.