Chevrolet’s forthcoming mid-engine Corvette (C8) seems to have taken quite a liking to Germany’s Nürburgring Nordschleife, showing up there frequently enough over the past few months that spy photographers have generated a veritable treasure trove of photographic proof. If the latest batch is anything to go by, General Motors isn’t playing around during its time at the infamous Nordschleife, even getting a prototype car airborne during one of its recent testing sessions at the track.

Given the sheer amount of time the mid-engine Corvette has spent testing the car at the Nürburgring Nordschleife, it ought to be one hellaciously quick road car when it finally reaches production.

Of course, it ought to be, given that greater performance was the primary impetus for switching from a front-mid-engine to a rear-mid-engine layout for the Corvette’s eighth generation. The evolution of the Chevrolet Corvette over the years has largely been a story about incrementally shifting the weight balance rearward for superior road and racetrack handling, with the biggest change occurring with the advent of the C5 generation, and the move to a rear-mounted transaxle. 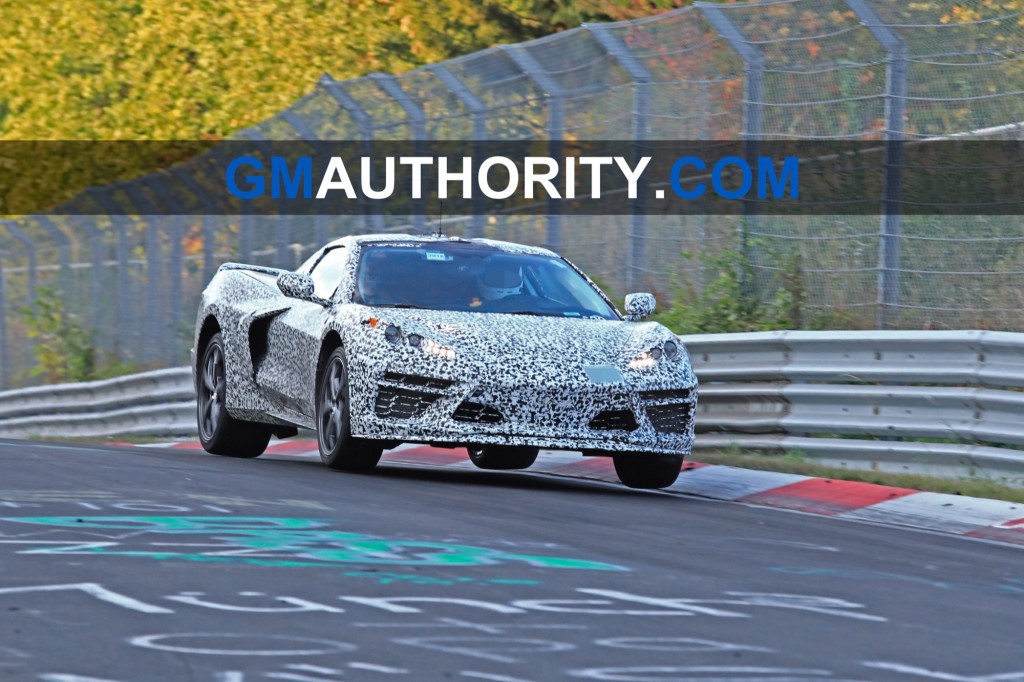 The Corvette gained a slight rearward weight bias for the first time with the arrival of the current C7, but the long-awaited switch to a rear-mid-engine layout with the C8 Corvette is expected to put even more weight over the rear axle, along with a smaller moment of inertia for quicker rotation.

Last week, Dale Lomas of Nürburgring news and fan site Bridge to Gantry claimed to have timed the new mid-engine Corvette around the Nordschleife, although he said that he has no plans to share the lap time publicly as “all anybody needs to know” is that it was under 7 minutes. Chevrolet itself hasn’t shared an official manufacturer Nürburgring lap time for the forthcoming Corvette, and at this juncture, it’s unsure whether they ever will.

Too bad; we know some people who are just dying to know. 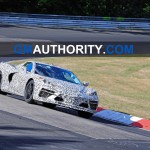 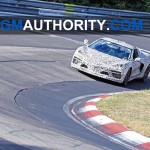 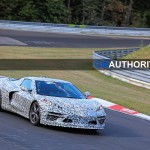 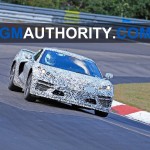 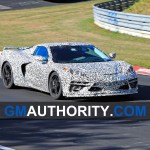 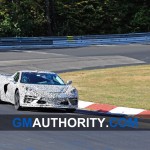 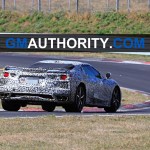 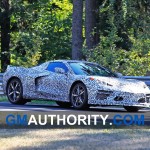 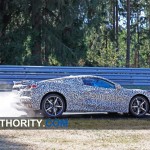 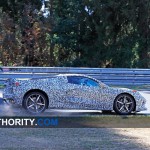 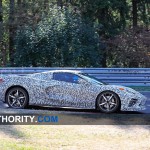 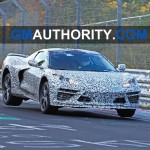 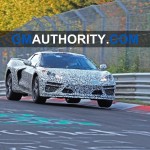 The mid-engine Corvette, commonly referred to as the Corvette C8 (for eight-generation Corvette), is an upcoming sports/supercar from General Motors’ Chevrolet brand. Expected to launch for the 2020 model year, the model is expected to deliver the first overhaul (redesign and re-engineering) of the Corvette since the 2014 model year, when the current seventh-generation model was launched.

The most notable change for the Corvette C8 is the switch to a mid-engine layout, which represents a significant departure in engineering compared to the first seven Corvette generations, which had a front-engine layout. The transformation is believed to be a result of engineers needing to deliver an even better driving experience and handling characteristics than the current model, especially at the limit. In that regard, a mid-engine layout allows for a higher performance envelope than the front-engine configuration. 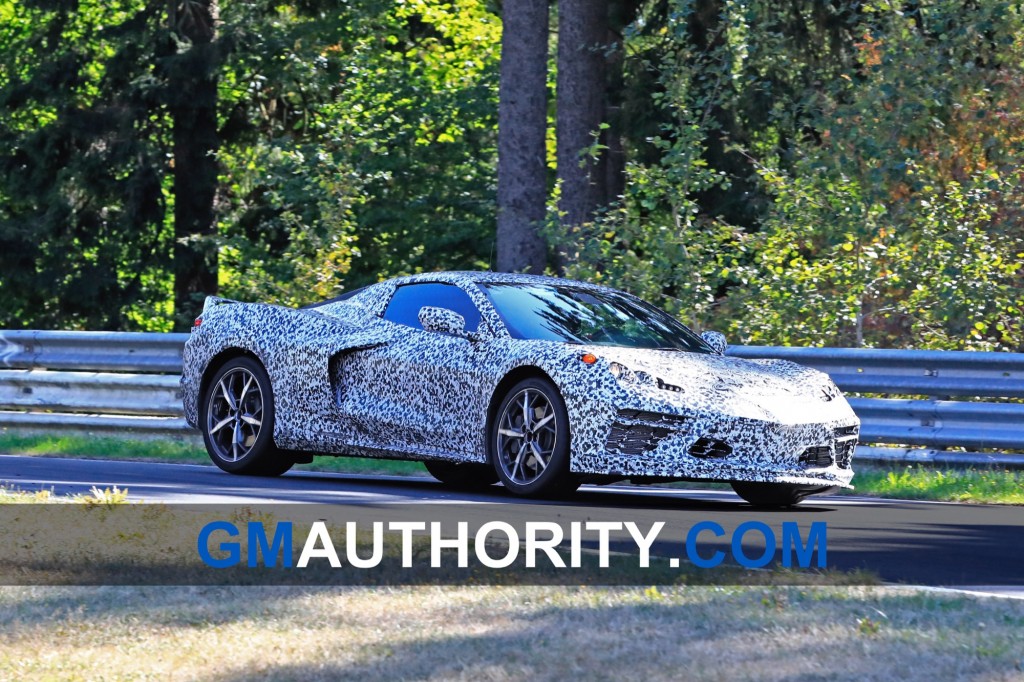 We expect the mid-engine Corvette to launch some time in 2019 for the 2020 model year. It will be made at the Corvette factory in Bowling Green, Kentucky. The current Corvette C7 will likely remain in production for several years alongside the new mid-engine model. A future replacement for the front-engine model is possible.