The mid-engine C8 Corvette had taken to the famed Nürburgring circuit for testing as new spy video shows. We’ve come a long way from Holden ute camouflage on the streets to simple swirled camouflage showing off production sheet metal.

The video above gives us three minutes of uninterrupted mid-engine C8 Corvette footage as the car shoots around carousels, blasts down straights and grips its way through the circuit’s tightest corners. And the skimpy camouflage makes it clear this will be a revolutionary Corvette. 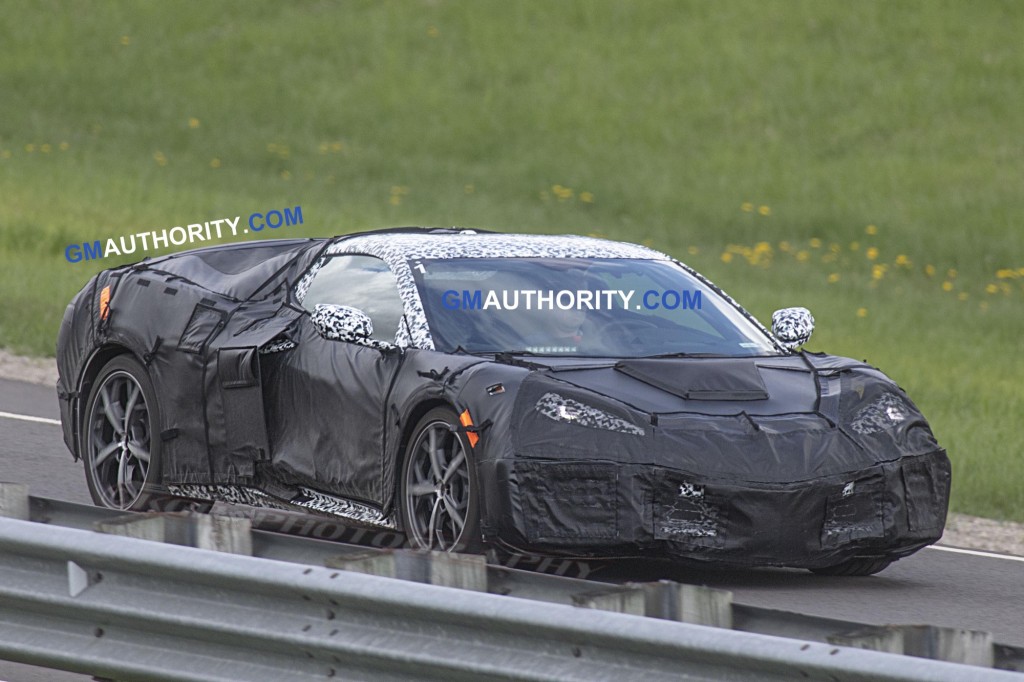 Without the extra cladding, we’re able to see a wide front fascia with gaping vents up front and a set of flying buttresses lead the eye to the rear. Out back, things appear chiseled and square, while a cover likely hides an area where onlookers will one day find the C8 Corvette’s mounted in the middle of the car. The same set of dual exhausts are present and we can now see a small spoiler take shape on the decklid, too.

Something about this prototype sounds slightly different to our ears, too. The exhaust tone comes off as more refined and less raucous than the C7 Corvette stable’s exhaust notes. We don’t have any confirmation on what engines we’ll see in the mid-engine C8 Corvette, but we can sort out rumors. 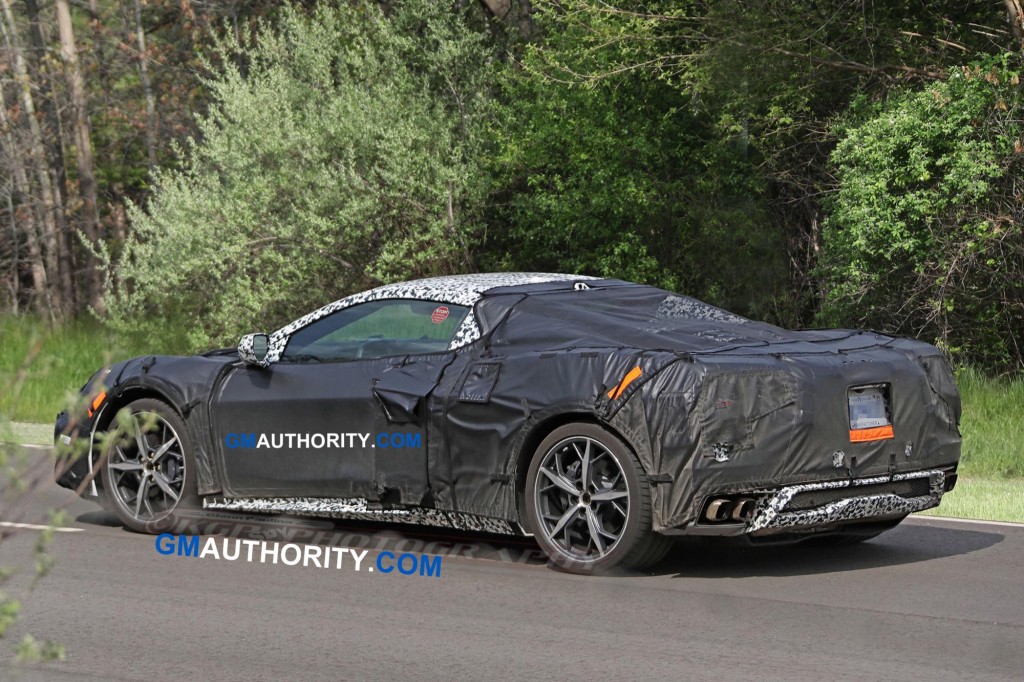 According to reports, an upgraded 6.2-liter LT1 V8 engine is said to serve as the base powerplant, before a 5.5-liter DOHC V8 joins the lineup. Eventually, Chevy is rumored to add a twin-turbo version of the 5.5-liter V8, and then a hybrid system further down the road to make around 1,000 horsepower. In the video, it’s also clear we’re listening to an automatic transmission, and it doesn’t appear a manual transmission is in the cards for the next-generation Corvette.

If we follow clues, we’ll likely see the mid-engine C8 Corvette make its debut sometime next year. The 2019 Detroit Auto Show seems like a good guess, but such a car may receive a dedicated unveiling at a later point next year, too.