Lexus will be one of the first brands to introduce digital cameras to replace traditional side mirrors when the redesigned ES luxury sedan goes on sale this October in Japan. Should Cadillac push for similar technology?

Automotive News (subscription required) reported Wednesday that the cameras improve safety, visibility and further hush the cabin from wind noise. Without the exterior components required for the mirrors, Lexus said fuel efficiency also improves since the setup has a lower wind resistance. 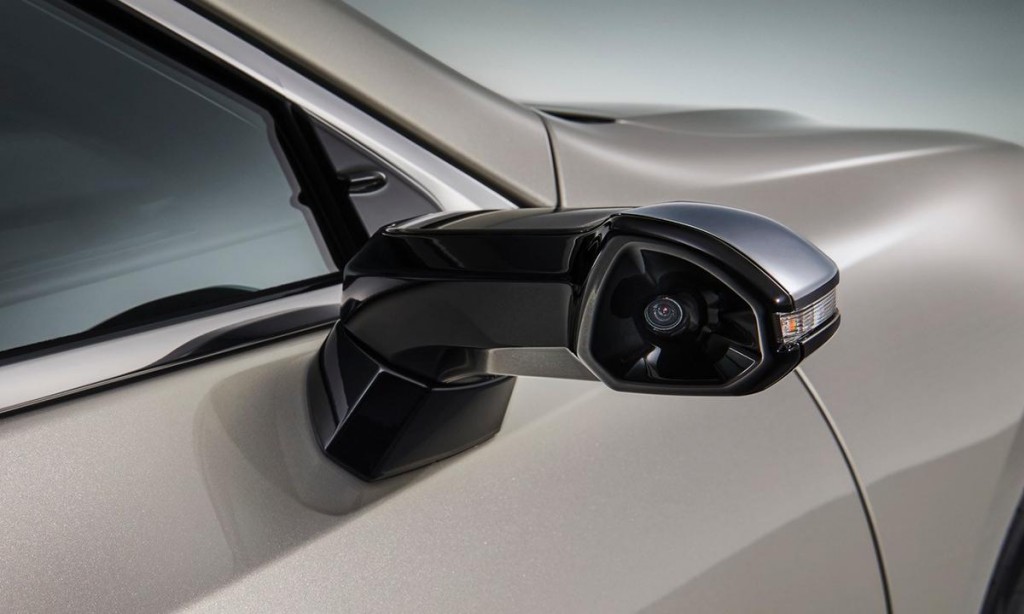 The digital cameras will launch as an option on the ES 300h L in Japan. The country has long promoted camera-as-mirror technology and the brand will look at introducing the technology in other markets as it studies local regulations. In the United States, current laws prevent automakers from implementing cameras as exterior mirrors. Audi also plans to offer its e-tron electric crossover SUV with exterior cameras to replace mirrors in Europe, but the U.S. model will retain traditional mirrors.

Cadillac rolled out an industry first when it introduced its rearview camera mirror with the Cadillac CT6 luxury sedan. The traditional rearview mirror can flip from a standard reflection to a video feed with a toggle switch. The rear-facing high-definition camera features a high-dynamic range designed specifically to enhance rear view lane width and maximize low-light situations. The camera reduces glare and allows a crisper image in low-light situations compared to a traditional glass electrochromatic, or auto-dimming, rearview mirror. The camera is also finished with a water-shedding hydrophobic coating to keep it clean to maintain visibility regardless of the driving conditions.

Indeed, the camera does provide benefits since it does not show obstructing objects like headrests, cargo or passengers. It’s currently available on a number of Cadillac models and the Chevrolet Bolt EV.

Should Cadillac begin a push to introduce more camera-as-mirror technology? Let us know down below.