Ford’s dominance in the 2018 Monster Energy NASCAR Cup Series continued last weekend as Brad Keselowski, driver of the No. 2 Team Penske Ford Fusion, won his third consecutive race. By the end of the race, he held a 1.276-second lead over second-place finisher Kyle Larson.

The first round of the Monster Energy NASCAR Playoffs was a brutal one for many of the teams, with a total of 12 cautions appearing during the course of the 272-lap race. On Lap 148, series leader Kevin Harvick (No. 4 Ford Fusion) blew a tire and slammed into the wall at Turn 1, just ahead of pole sitter Erik Jones (No. 20 Toyota Camry). Both were eliminated, classifying 39th and 40th, respectively. More than 60 laps later, Jamie McMurray (No. 1 Chevrolet Camaro) lost control and spun around after contacting the wall, collecting Chase Elliott (No. 9 Chevrolet Camaro) in the process. 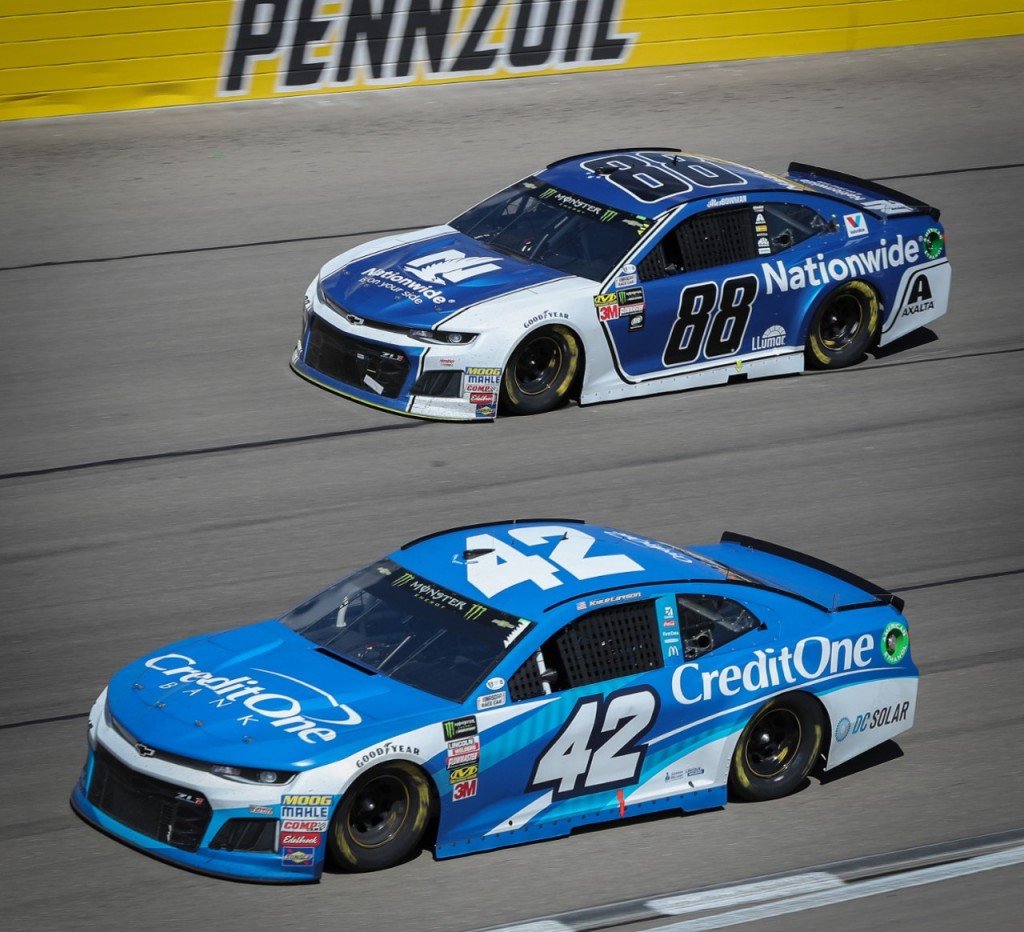 But it was the incident at Turn 4 on Lap 247 that had perhaps the greatest impact on the finishing order of the race’s frontrunners, as Denny Hamlin (No. 11 Toyota Camry) spun and brought out the ninth caution of the race, allowing Brad Keselowski to take the lead from Kyle Larson on the restart. Larson had just passed Keselowski two laps prior, and showed the sort of pace that could have earned him a victory.

Next weekend, the 2018 Monster Energy NASCAR Playoffs move to Richmond Raceway for the Federated Auto Parts 400 on Saturday, Sep 22nd, with all 16 Playoff drivers still in the running. Jimmie Johnson (No. 48) and Chase Elliott (No. 9) will have some catching up to do, as both Chevrolet Camaro ZL1 drivers are now in danger of being eliminated when the field narrows from 16 drivers to 12 after Round 3.