Last week, we showed you how a 2019 Camaro would look with the headlights from the 2019 Blazer. Some of you liked the result, and some of you… not so much. But we didn’t stop there, sicing our crackteam of digital artists to graft the Blazer’s entire front end onto the face of the refreshed Camaro.

“But whatever for?”, you might ask? And ask you should. The short answer is quite simple: for fun. The longer answer is a bit more involved. 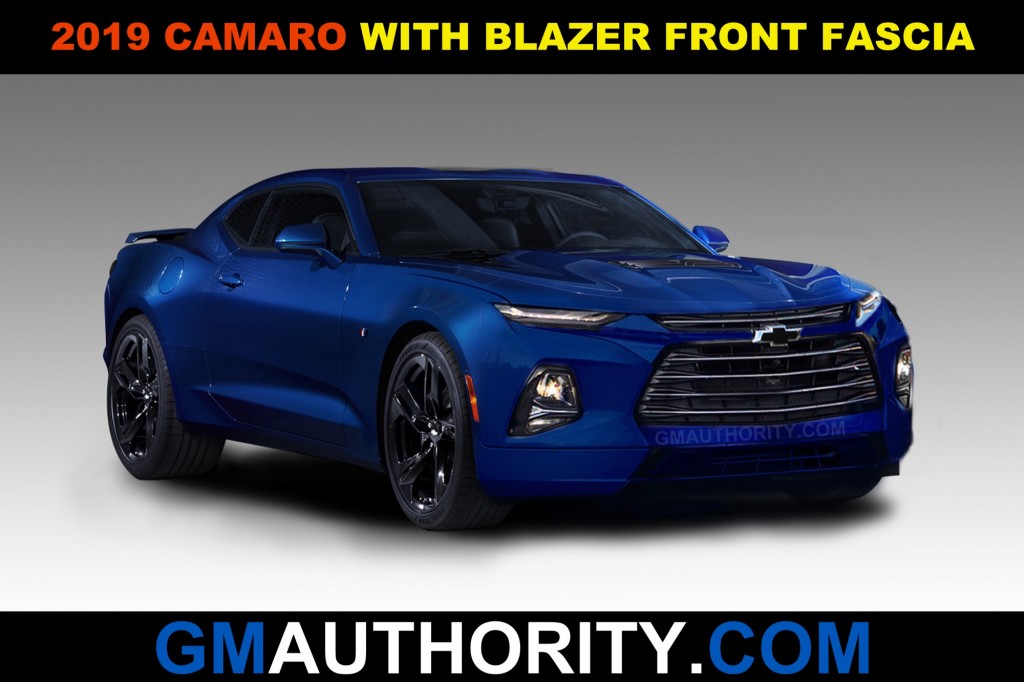 Since Chevy unveiled the all-new 2019 Blazer, some have called it “the Camaro of crossovers.” Clearly, this comparison is not the result of any mechanical or technical similarities reason, since the rear-drive Camaro and front-drive-based Blazer are worlds apart from that standpoint. Instead, the semblance has more to do with the exterior styling, as the Blazer features a very sharp design reminiscent of the Camaro’s. But that’s just the tip of the iceberg. 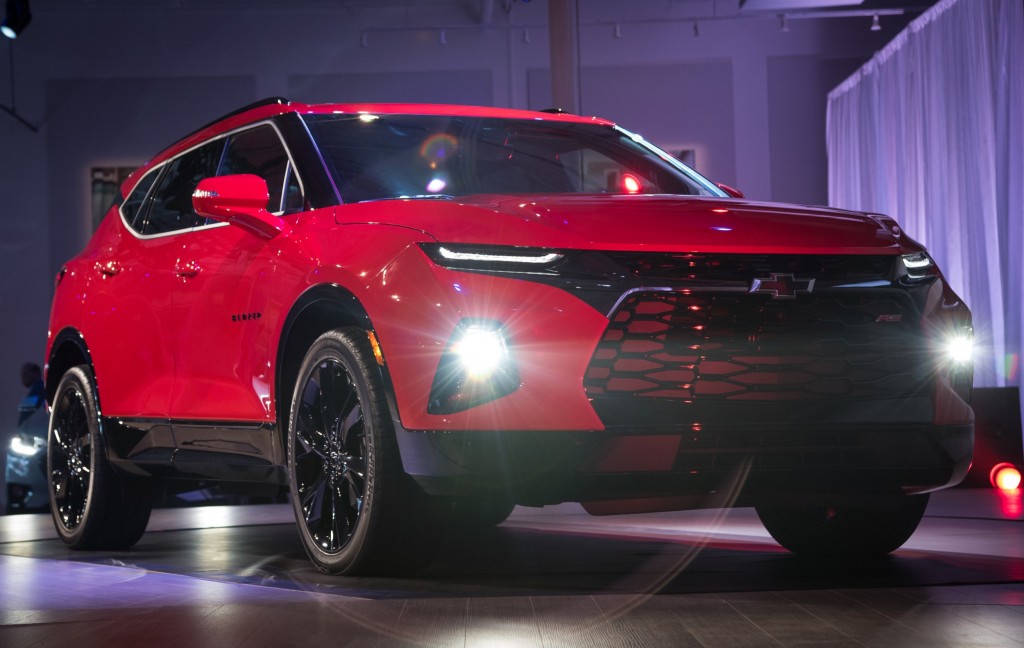 The 2019 Camaro received a refresh that includes a restyling of the front and rear fascias along with an infusion of new technologies. But a GM Authority poll pitting the Camaro facelift against the original 2016-2018 Camaro revealed that opinion on the refresh is rather divisive, with half of the voters voting for the updated 2019 Camaro, while the other half expressing a preference for the original sixth-gen.

So last week, we replaced the Camaro’s top lights with those of the new Blazer to satisfy our own curiosity and to gauge public opinion. But doing so left us with a vehicle that wouldn’t be legal to drive on public roads, since it doesn’t actually have a pair of primary lights (it has two sets of LED-based DRLs, instead). All that brings us full circle to the rendering you see before you today: it has the Blazer’s thin an squinty LED-based Daytime Running Lights up top, along with a set of primary HID headlights below. Our drawing also incorporates the Blazer’s massive grille, surface detailing, and lower fascia bits.

We’re sure you have a thought or two about this design, which you are more than welcome to express in the comments section.