As a kid, Christopher Mejia used to talk in his sleep about the iconic Chevy Corvair. At the time, he didn’t even understand why. All he knew was how it made him feel. This sense of love for a vehicle, one we can all relate to, left him hooked. So hooked that he has 25 of them in his garage, years later.

What was once a hand-me-down from his grandpa, the 1965 Chevrolet Corvair has been through several crashes, multiple engines, and a completely new interior. By doing all the work himself, this car has taught the owner everything he knows about cars. It has created the monster we all want to become, if we could afford it.

The Chevy Corvair that started this addiction is his pride and joy and is the most sinister of his collection. Currently it sits on custom black offset wheels, an air ride suspension, complimented with a glossy black paint job. What is unique about the Corvairs is that their flat 6-cylinder engine lies in the rear. The owner’s plans are to pass the car down to his son. Just as it was passed down to him by his grandfather. Keeping the automotive tradition alive is something we can always support.

Check out this sweet Chevy Corvair for yourself and watch the story in the video posted above. 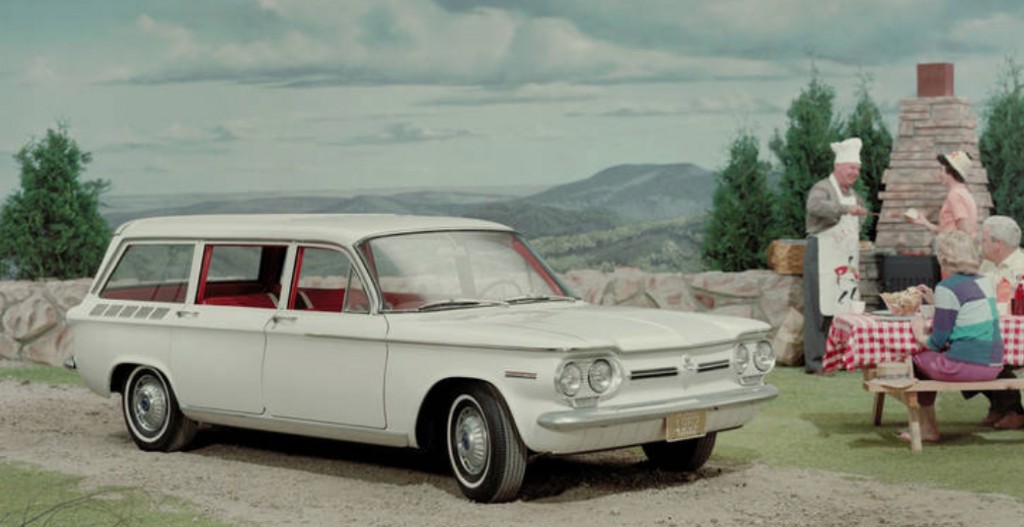 The Chevy Corvair entered the lineup in the 1960 model year, and was the only American-designed, mass-produced passenger car to incorporate a rear-mounted air-cooled engine. From a two-door coupe, the Chevy Corvair nameplate grew to include a convertible, a four-door sedan, four-door station wagon, passenger van, commercial van, and pickup truck variants. Yes – a Corvair van and Corvair truck were realities. The vehicle became infamous when singled out in Ralph Nader’s 1965 book Unsafe at Any Speed. However, a 1972 Texas A&M University safety commission report for the National Highway Traffic Safety Administration found that the 1960–1963 model-year Corvair mentioned in Nader’s book possessed no greater potential for loss of control in extreme situations than the rest of the lot.