Assigned serial number 10,059,180 at the United States Patent and Trademark Office (USPTO), the GM patent was filed on September 11th, 2017 and granted on August 28th, 2018. It lists Anthony B. Bosco as its inventor and is titled “tonneau cover assembly with tonneau divider”.

The patent is comprised of two primary parts – a tonneau panel that covers the truck’s bed as well as a movable divider (flap) located inside the cover that can be deployed to divide the cargo area.

The tonneau cover itself is comprised of “at least one tonneau panel configured to couple to a truck bed”.

The GM patent lists two primary benefits to using a tonneau cover. The first involves concealing and protecting what’s inside the bed, and the second is improving aerodynamic performance of the the vehicle by reducing drag.

Given that tonneau covers for pickup truck beds have been around for years, this is nothing new or novel. The real magic of this patent, however, lies with the divider/flap. 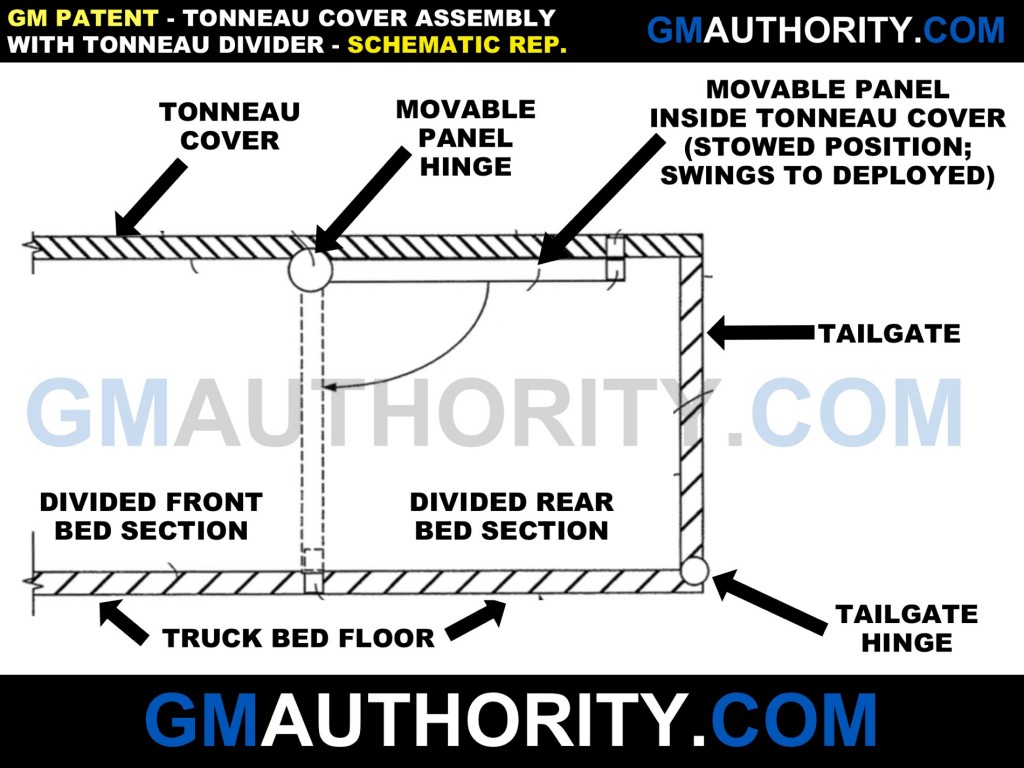 A schematic representation of GM’s tonneau cover with divider patent

On the inside part of the cover is a flap that is either stowed or deployed. 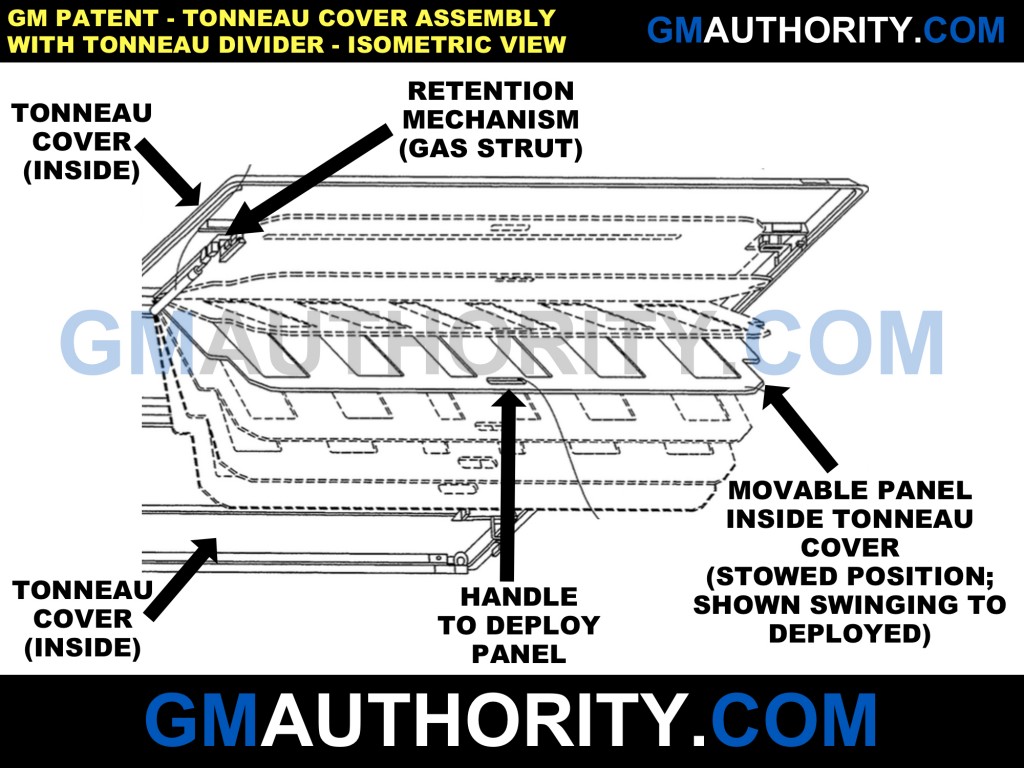 An isometric view of GM’s tonneau cover and divider patent

One can deploy the flap using a built-in handle, as a gas strut retains the piece in its position. A latching mechanism secures the flap when it is either stowed or deployed.

The patent notes that the flap “can be provided with a lock to lock the movable panel in place”, thereby preventing unauthorized access to the forward compartment.

We can see the tonneau cover and built-in divider cited in this GM patent being right at home on Chevy’s 2019 Silverado and Colorado as well as GMC’s 2019 Sierra and Canyon. Notably, The General does not currently offer any first-party tonneau covers for its pickup truck models. 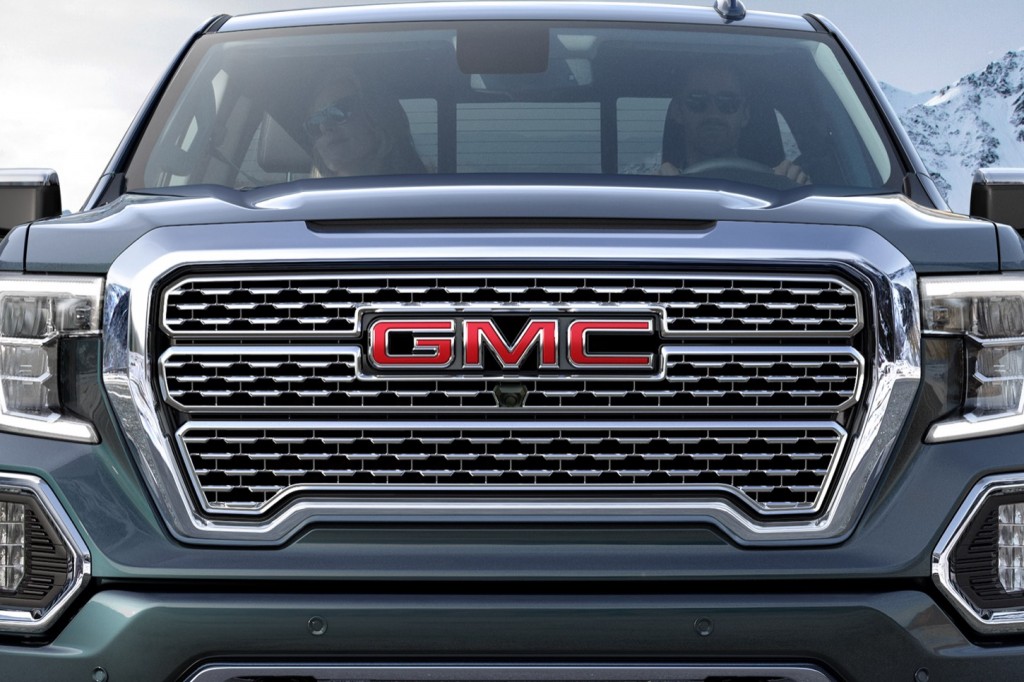 We should also note that a patent application is by no means a guarantee that the item, feature or technology in question will be produced. Moreover, if such an item does make it to production, then it can take years for it to reach an actual real-world product.