With the global proliferation of ride hailing services like Uber and Lyft (in which GM even invested), one might wonder why any automaker would continue to build dedicated yellow cab taxi models. But in some countries where ride hailing services are illegal, traditional taxis are not only relevant, but very prevalent.

To capitalize on this rather unique scenario in the South American country of Colombia, GM is offering not one, but two Chevy Taxi models.

The two taxi-specific models for hopping around Colombia’s inner cities like Bogota are the ChevyTaxi and Chevy Taxi Premium.

The Chevy Taxi is a product birthed from the archaic Daewoo Matiz, a car that existed when GM bought Korea’s struggling Daewoo automaker, thereby forming today’s GM Korea. The no-frills model starts at 40,350,000 Colombian Pesos (roughly $13,345 USD) and sports a fuel-sipping 1.0 Liter SOHC 4 cylinder motor cranking out 65 horsepower. The engine is said to have notable performance and fuel economy for its displacement, along with lower maintenance costs utilizing MPFI (electronic multipoint injection).

We should note that this same model is also available to consumers as the Chevy Spark Life at an even more affordable 23,990,000 Pesos (just under $8,000 USD). Meanwhile, the model the U.S. knows as the first-generation Chevy Spark (M300 model) is available in Colombia as the facelifted Spark GT (hatch) and as the Beat (sedan/notchback).

And that brings us to the ChevyTaxi Premium. Priced at 50,599,000 Colombian Pesos (approximately $16,735 USD), or roughly 10 million Pesos more than the other model, this Chevy Taxi is powered by a 1.4L 4-cylinder boasting 102 horsepower. The model is essentially the first-generation Chevy Sail for the Chinese market.

With seating for five passengers, the sedan adds double airbags, ABS and EBD (electronic brakeforce distribution), along with MacPherson struts and hydraulic power steering to help drivers hustle around Colombia’s bustling city streets. Air conditioning is standard as are a CD/MP3 player and an auxiliary input.

Though producing purpose-built taxis may be a thing of the past, there are various markets outside the U.S. where offering such models remains relevant. And for GM, fielding two Chevy taxi models for Colombia’s inner-city taxi duty is a smart move, one that has helped the Chevy remain one of the best-selling automotive brands in the market.

So even though services like Uber and Lyft are technically illegal in Colombia, they many drivers still offer the service and some customers use it. However, the taxi business was somewhat quick to adapt by launching their own apps for ride hires and scheduled pick-ups. The price difference between all the services is negligible according to travelers and locals, with the only difference being convenience and comfort.

If the government ever decides to really crack down hard on ride share apps, officially-operated taxis will be the only for-hire ride around town… and with GM providing a comfortable and affordable car for cabbies, the consumer still wins at the end of the day. 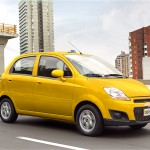 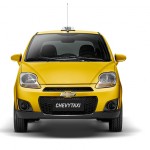 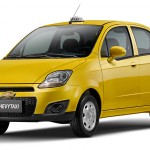 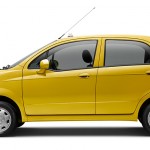 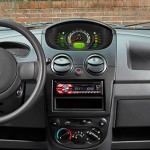 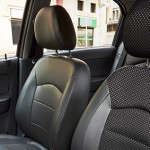 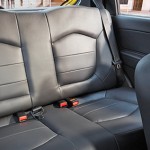 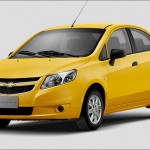 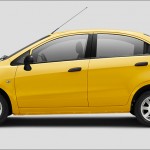 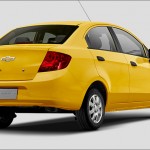