Drive-by-wire throttle is a useful technology in that it allows the car’s computer to override the driver’s throttle request in some circumstances, such as in traction/stability control systems like the Corvette‘s Performance Traction Management, and automatic rev-matching systems.

Now, General Motors is taking that technology and attempting to apply it to control of the clutch in manual transmission-equipped cars, having filed a patent application last year for an “Electronic Slave Cylinder for Manually Shifted Vehicles” (USPTO link). As the name suggests, the system would replace the mechanical or hydraulic ties between the clutch pedal and the throw-out fork with a pedal position sensor and an electrically-actuated throw-out mechanism. The patent was uncovered by journalist and tuner Bozi Tatarevic who, writing for Jalopnik, suggests that the most useful application for such a system might be a vehicle in which the engine and transmission are behind the driver – as in the forthcoming mid-engine Chevrolet Corvette. 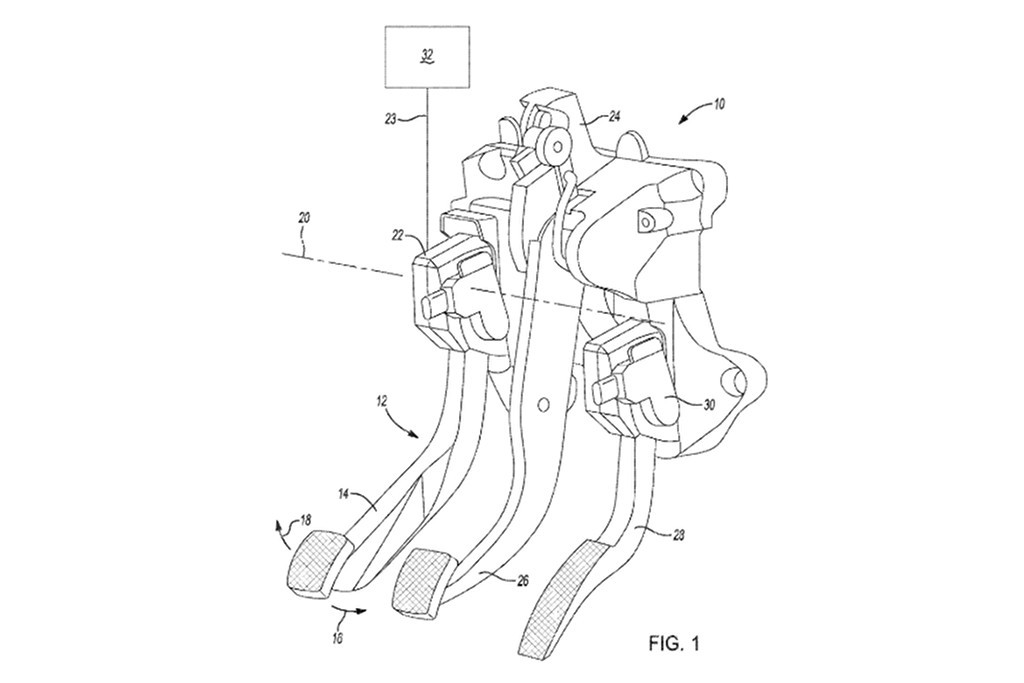 Up until now, just about every bit of speculation we’ve read about the mid-engine Corvette’s powertrain has maintained that a dual-clutch automatic would be the sole transmission available. But GM’s electronic slave cylinder patent application shows how a single, manual clutch could be made more feasible in the rear-mid-engine Chevrolet Corvette C8 by negating the need to run a hydraulic line from the firewall to the rear of the car. Not that a hydraulic – or even a cable-driven – clutch couldn’t be used, but an electronic clutch slave cylinder would allow for more packaging flexibility.

In addition, going back to all the ways in which the PCM can override the electronic signal in drive-by-wire throttle systems, a drive-by-wire clutch could theoretically do the same, using the PCM to, say, prevent drivers from riding the clutch, or dumping it suddenly at high rpm.

As always, just because something has been patented does not necessarily mean that it will see production. If we’re lucky, however, this GM patent application could hold the key to an available manual transmission on the mid-engine Corvette.