General Motors has announced that it will invest $28 million into a battery development and testing facility near Detroit, starting this fall, in order to bring “additional major enhancements” to the lab. In a blog post published to LinkedIn on Wednesday, CEO Mary Barra wrote that the automaker intends to add “new test chambers and advanced equipment” to the GM battery lab in order to “accelerate [its] next-generation battery architecture.”

The GM battery lab in Warren, which opened in 2009, has received a string of new investments in recent years, nearly tripling in size in 2013 to 85k square feet at a cost of $20 million, and picking up another 15k square feet in 2017 after a further $6-million investment. The laboratory is responsible for testing and validating both individual battery cells and fully-assembled packs for all of General Motors’ electrified vehicles, which makes it an important asset as GM goes about chasing after its goal of “zero crashes, zero emissions, and zero congestion.” That plan will see the automaker introduce 20 or more new pure-electric and hydrogen fuel-cell vehicles around the world by 2023. 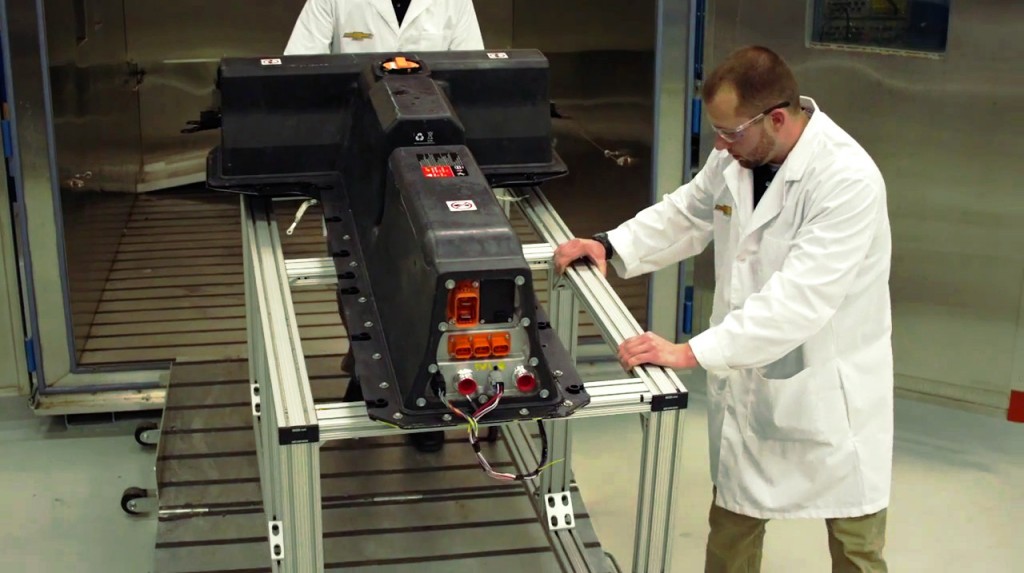 Beside adding brand-new alternative-fuel vehicles to its global portfolio, GM also intends to increase production of the Chevrolet Bolt EV, partly by sourcing battery packs from a new LG Electronics factory in Michigan starting this fall. The new facility will be supplemental to the Korean LG factory that currently supplies Bolt EV battery packs.

But unlike the Chevrolet Bolt EV, many of GM’s new electric vehicles will be sold exclusively in China, such as the brand-new Baojun E200 unveiled just this week. The Buick Velite 6 EV constitutes another of GM’s new China-only EV entries, although it’s essentially a badge-engineered, pure-electric version of the Chevrolet Volt.