The most recent Cadillac XT6 spy photos gave us our best look yet at the upcoming Caddy three-row crossover. Being content but not entirely satisfied with the pix, we decided to do some further digging, and were able to uncover that the XT6 prototypes are riding on 20-inch wheels.

Specifically, the Cadillac XT6 features a whee/tire size of 235/55R20 – certainly a rather large diameter wheel that comes as a welcome surprise, while also raising some interesting questions. 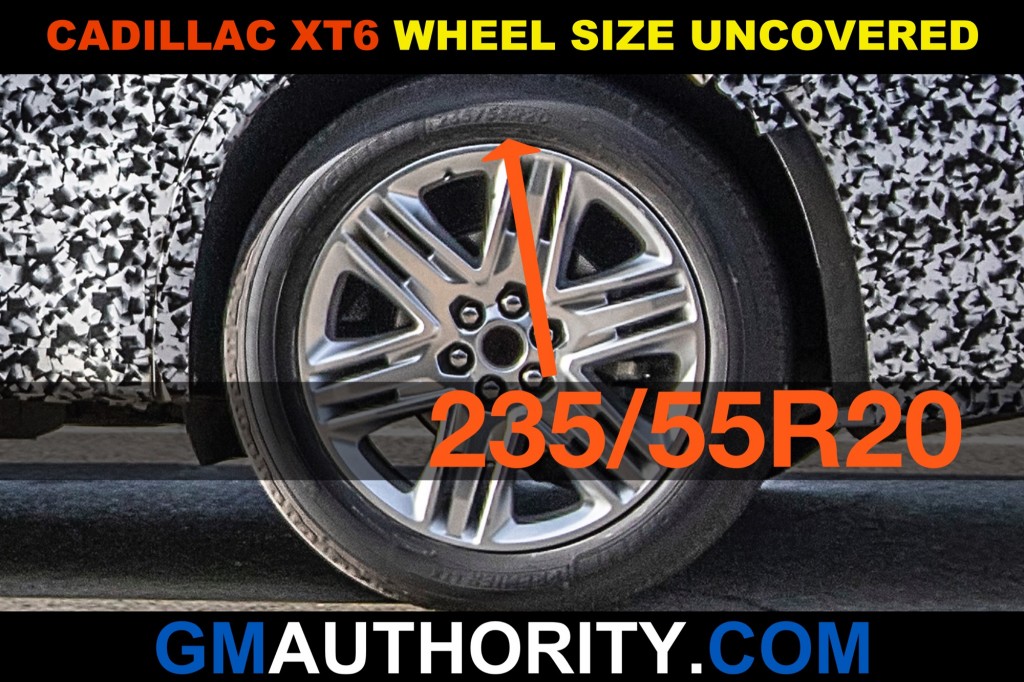 The Cadillac XT6 is expected to share the GM C1 platform with the second-generation Buick Enclave and Chevy Traverse. Both of those full-size crossover SUVs come with standard 18-inch wheels, while offering 20s as an option. 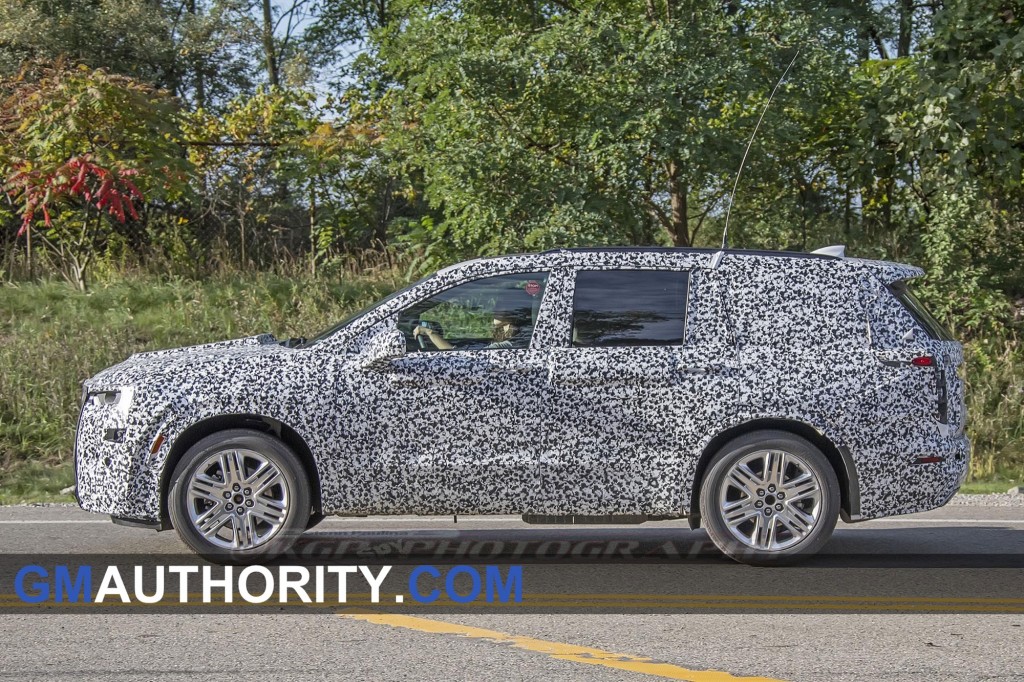 And that brings us to wonder whether the Cadillac XT6 will offer said 20-inch rims as standard, or as an option. We would certainly hope that it’s the former, since the wheels fill out the crossover’s wheel wells rather nicely.

In fact, it doesn’t look like the prototype’s wheel wells have any room for a wheel that’s any larger than 20 inches. 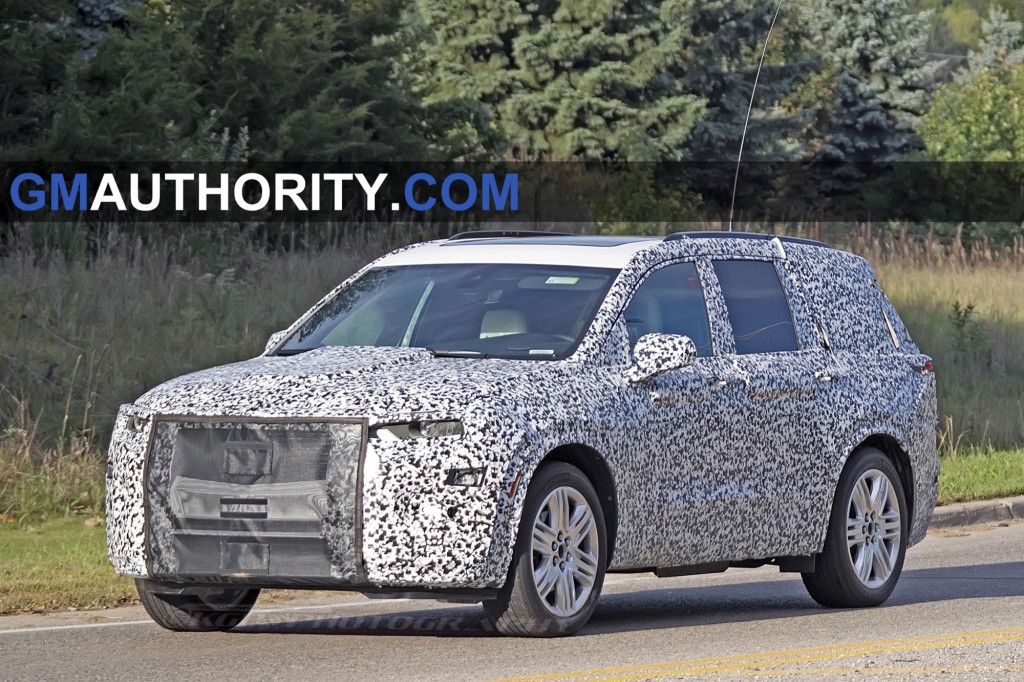 It looks like Cadillac is going to roll out the XT6 with some really large shoes. Seeing that the Caddy’s platform mates offer similarly-sized wheels as an option, the likelihood that the XT6 will launch with 20-inch wheels as standard equipment is relatively high. That much would make sense, as Cadillac is looking to make a splash in the premium three-row “midsize plus” crossover space with the XT6. The highly-contested segment includes the likes of the new Lexus RX350L, Volvo XC90, Infiniti QX60, and even GM’s own Buick Enclave.

In that regard, a large set of wheels, coupled with an attractive design, is a sure-fire to catch the eyes of crossover-hungry shoppers. To most of those shoppers, the XT6 will be their first Cadillac.