Say, you know what’s hot right now? Nostalgia. And with utility vehicles skewing ever more in the direction of FWD unibody designs, a classic, V8-powered SUV like the Chevrolet K5 Blazer might just be a worthwhile financial investment, as vehicles like it become increasingly scarce and desirable.

The Chevrolet Blazer nameplate is itself a poster child for automobile manufacturers’ shift toward increasingly car-like utility vehicles. General Motors only just resurrected the badge for a utility vehicle set to go on sale early next year, choosing to give it to a mid-size, FWD/AWD crossover based on the same unibody platform as the Cadillac XT5, rather than a proper, body-on-frame SUV like the Blazers of yore.

Blazers like the one we just found for sale on eBay from Classic Car Liquidators, with an asking price of $14,999. 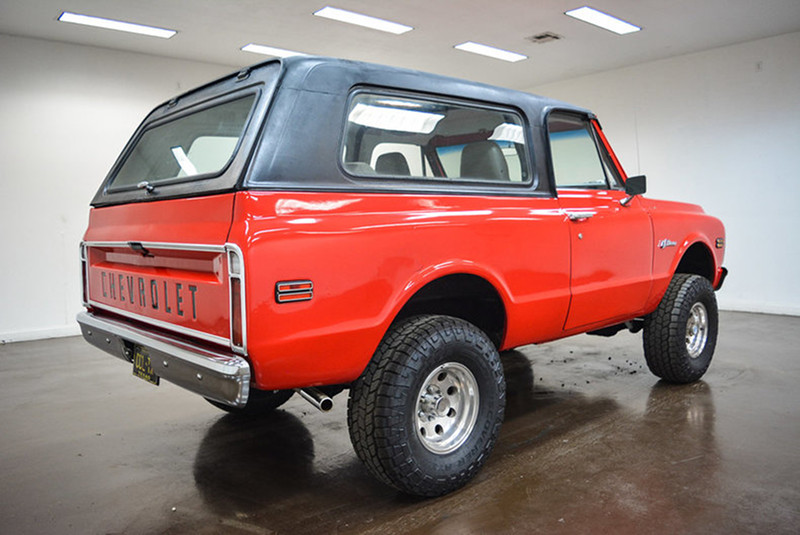 This particular Chevrolet K5 Blazer is a 1972 example, powered by a 350-cubic-inch Chevrolet V8 with a proper four-barrel carburetor. Its price is a tad on the high side, as Hagerty estimates the average value of a used 1972 K5 with a 350 V8 to be $13,500, but that’s entirely forgivable when one considers the condition of this example. The engine and drivetrain look almost clean enough to eat off of, and according to the listing, the SUV has traveled just 14,067 miles from new.

Plus, it’s got the optional four-speed manual transmission, and there ain’t no party like a three-pedal party.

The Chevrolet K5 Blazer and its stablemate, the GMC K5 Jimmy, enjoyed a successful run from 1969 through the 1990s, selling hundreds of thousands of units and garnering a reputation for rugged durability. Other vintage SUVs like the Ford Bronco are experiencing their own resurgence in popularity as nostalgic truck enthusiasts attempt to hang on to a piece of the past.

Click here for the 1972 Chevrolet K5 Blazer listing we found on eBay.