Ever since the very first installment of the popular Halo video game series, there’s been the Warthog: a stout, go-anywhere truck that players are occasionally lucky enough to get to drive from one objective to the next in the course of waging battle against alien forces. Owning a real-life take on the iconic, fictional military vehicle is a dream that’s surely been shared by a significant number of Halo fans, and every once in a good while, someone endeavors to build a working replica.

But not one of the Halo Warthog specimens that we’ve seen so far quite measures up to this one, built from a full-size 1984 Chevrolet Silverado pickup truck. We’ve actually written about this very build before, although it’s evolved since we last saw it.

While it’s missing the massive rear-mounted, automatic rifle that adorns each and every Warthog from the first Halo title, this build is nevertheless the most faithful we’ve ever encountered, with very little trace left of the Chevrolet truck that served as its basis. It was designed and built entirely by hand in Linwood, Michigan by one Bryant Havercamp, who says he’s spent upwards of ten thousand dollars on materials, investing thousands of man-hours to get every detail just right.

Feel bad? Don’t worry; Havercamp reckons that the truck might fetch as much as six figures were he to sell it to a fellow diehard Halo fan. 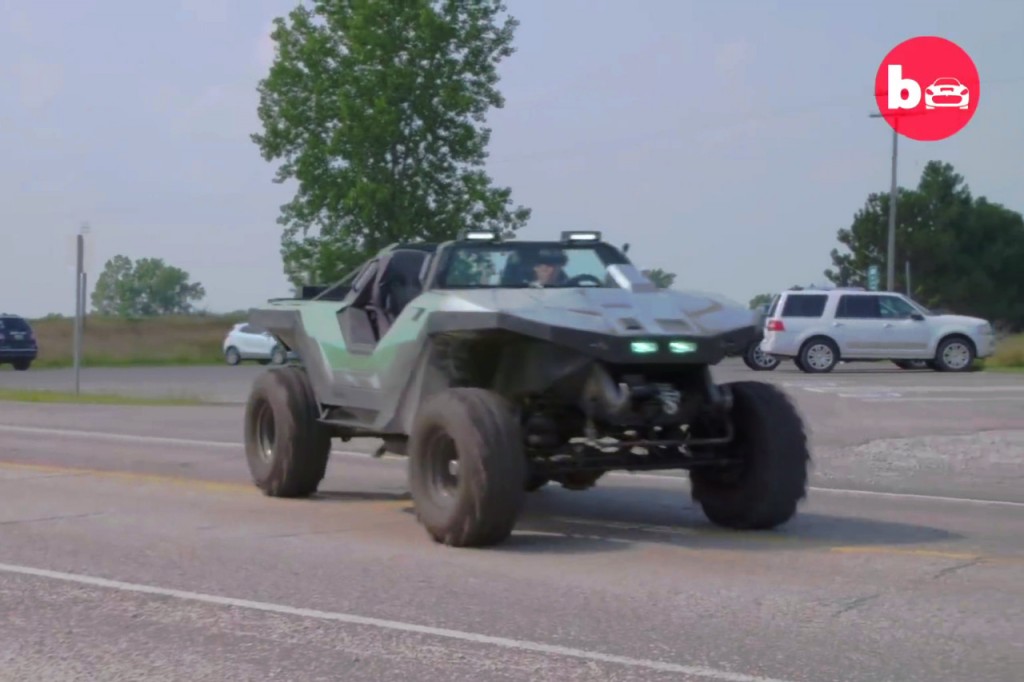 Power for this faithful Halo Warthog replica comes from a carburetor-fed Chevy 350 V8, which Havercamp says he’s had to rebuild three different times, each time for entirely different reasons. Other highlights include a factory four-wheel-drive system, hand-fabricated metal tusks welded under the nose of the vehicle, massive off-roading tires, and even a back-up camera.

We’re sure you can think of a few different ways you’d rather spend thousands of dollars and just as many hours than building a Halo Warthog replica, but you’ve got to hand it to him; Mr. Havercamp is one tenacious and resourceful fan.