We’ve all seen the headlines: Ford Motor Company has made the call to all but exit the North American car market over the next several years, focusing more intently on trucks, crossovers, and SUVs. Rumor has it that General Motors has been weighing a similar move, as consumers continue to flock to utility vehicles in droves.

The latest indicator that it might be time for General Motors to shrink – if not terminate – its portfolio of conventional car models in North America: U.S. Chevrolet Sonic sales have been absolutely abysmal this year. Throughout the second quarter of this year, Chevrolet Sonic sales stood at just 4,582 units in the U.S. – an average of just 50 cars per day. They were down more than 55 percent of where they were during Q2 2017, and the figures are enough to put the Sonic solidly in last place in the U.S. subcompact market.

The best-selling car in the segment – the Nissan Versa – sold more than quadruple the number of cars. The Honda Fit, and even the Ford Fiesta, had roughly triple the sales of the Sonic in the second quarter. 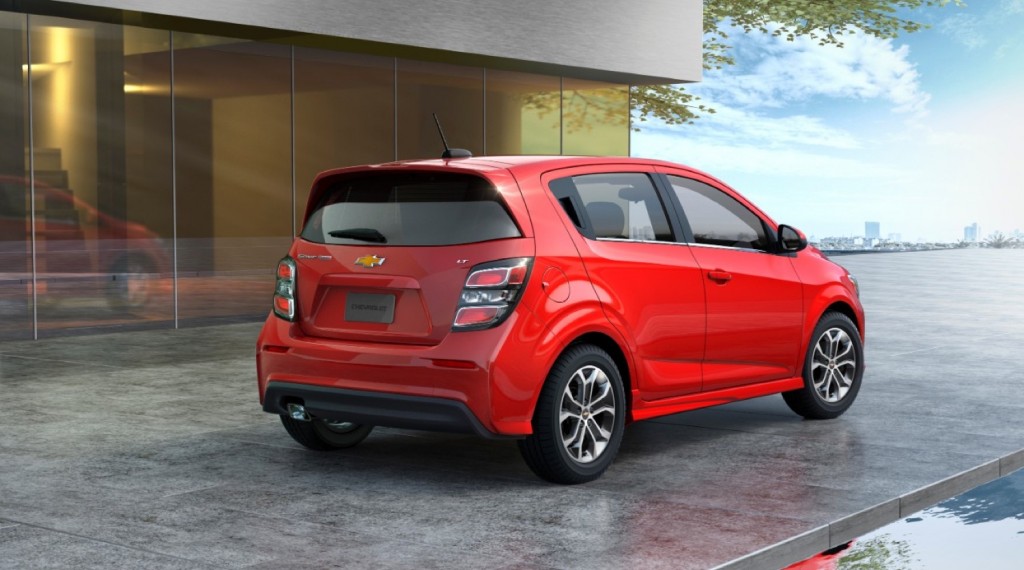 There’s not much incentive to keep investing in a model that’s currently moving less than a fifth of the units it once did, especially when its 2014 peak wasn’t all that high to begin with, at 93,518 units. For comparison, at its peak in 2001, the Chevrolet Silverado sold 716,051 units, and boasted a fatter margin, to boot.

It was already reported in April that the Sonic would likely exit production soon, possibly as early as this year. Those folks hoping for an eleventh-hour rally in Chevrolet Sonic sales that might buy the subcompact some more time are going to be sorely disappointed.

The model was given a midcycle refresh for the 2017 model year. The 2018 Chevy Sonic represents the sixth model year of the first-generation Sonic. The vehicle remains highly competitive in its segment and the 2018 model year brings a handful of changes, including a new exterior color, a change to the Sun and Sound Package, and the standardization of the seven-inch diagonal color touchscreen. For the 2019 model year, the Sonic gained one new exterior color (while losing two other colors), the removal of the base 1.8L naturally-aspirated Ecotec engine, and several other minor equipment-level changes.

A March 2017 rumor stated that GM would discontinue the Sonic as soon as 2018. As of this writing, it’s unclear whether or not the nameplate will see a second generation.

The Sonic is assembled at the following plants: