On Tuesday, we learned the 2019 Chevrolet Blazer will feature a starting price of $29,995, which includes a $1,195 destination fee. Today, we’re here to ask if Chevy has hit the mark in the pricing department.

We don’t have detailed pricing yet as the brand has only shared that the 2019 Chevrolet Blazer in base L trim will cost a tick under $30,000. The Blazer will come in three additional trims: Blazer (broken into 1LT, 2LT and 3LT trims), RS, and Premier. Chevrolet also shows a 2019 Blazer kitted in RS trimmings on its website and says the vehicle shown costs $42,190, which gives us an idea of just how pricey the new mid-size crossover can get. Though, the price does give buyers a little wiggle room before stepping into the three-row Chevrolet Traverse. The Blazer closes the gap between the compact Equinox and full-size Traverse, even though Chevy calls the latter a “mid-size” crossover. 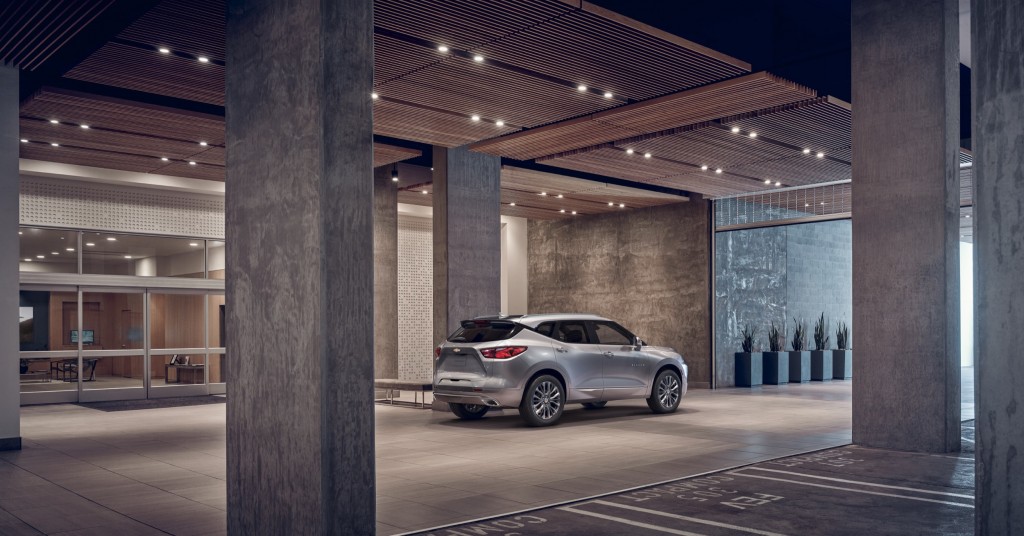 Quickly glancing at the standard equipment for both the Acadia and Blazer (the two share the C1XX platform), the latter appears to be somewhat of a better value with a larger infotainment screen and nine-speed automatic.

So, has GM and Chevy done their homework to price the CUV competitively? Talk to us below and vote in our poll.