Fiat-Chrysler Automobiles has so far taken a very hands-off approach to self-driving cars and autonomous technologies. However, it’s also partnered with what many consider the leader in the segment: Waymo. And that should potentially scare GM.

Waymo has taken delivery of hundreds of Chrysler Pacifica minivans to test self-driving car technologies, but FCA will reportedly put the purpose-built self-driving Chrysler Portal into production in 2020, according to an Automotive News (subscription required) report on Monday. 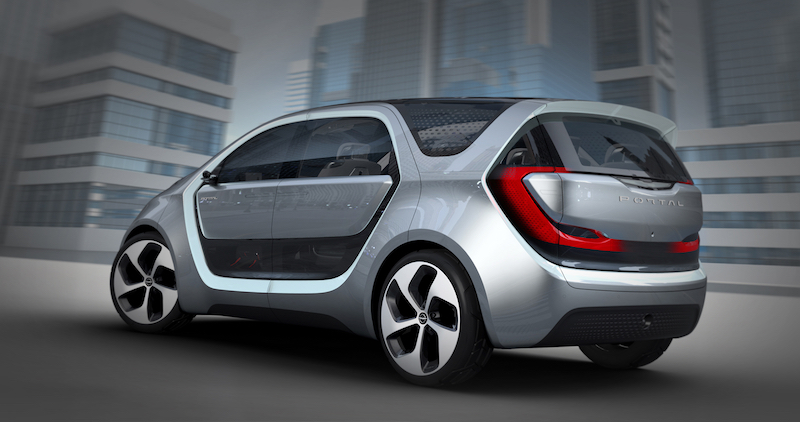 The Portal made its debut at the 2017 Consumer Electronics Show and designers specifically asked what millennials look for in future cars. Key attributes included flexibility, socially responsible powertrains and plenty of technology. The Portal played on these goals and features a 250-mile range thanks to a 100-kilowatt-hour battery pack and an electric motor driving the front wheels.

The concept itself boasts Level 3 self-driving capabilities, which according to SAE certifications, means the Portal can drive itself in the right conditions for short periods. It’s unclear if Chrysler will produce the Portal with the self-driving technology, or if it will phone in a different solution.

Waymo and FCA have reportedly been in talks to use former’s self-driving technology in showroom-bound models, though fully autonomous cars are years away from realization. Should Chrysler produce the Portal with Level 3 self-driving capability, though, it will join an exclusive club of automakers offering the technology on a car for consumers.

GM has been quiet about plans on self-driving technology for consumers. Rather, it’s focused on commercializing the technology for a ride-sharing service that is scheduled to debut sometime in 2019. GM has been busy testing its AVs with its Cruise Automation subsidiary on the west coast, though so far, it hasn’t followed through on deploying self-driving cars in New York City as it planned earlier this year. For consumers, GM has confirmed Cadillac’s Super Cruise technology will trickle down to other brands eventually.