Each year, the Hot Rod Power Tour makes its way across the United States, stopping in seven different cities to host car meets, drag races, and autocross events for ordinary automotive performance enthusiasts. And each year, Chevrolet Performance sends a small team of five very qualified professionals – three Chevrolet Performance technicians, and two engineers – to each location to help attendees with whatever ailments their cars might suffer from along the way.

The aptly-named “Chevrolet Performance Motor Medic” team drives from location to location in a disused military ambulance based on the 2000 Chevrolet Silverado, affectionately refers to the truck as the “Milverado”, in recognition of its military origins. Appropriately, the exterior is shod in matte olive drab paint, with the words “Motor Medic” stenciled onto the sides. Inside, there is a complete arsenal of tools, equipment, and other necessities to allow the Motor Medic team to help automotive performance enthusiasts out in the field: wrenches, cordless power tools, a band saw, drill press, an assortment of fasteners, automotive fluids, and more. 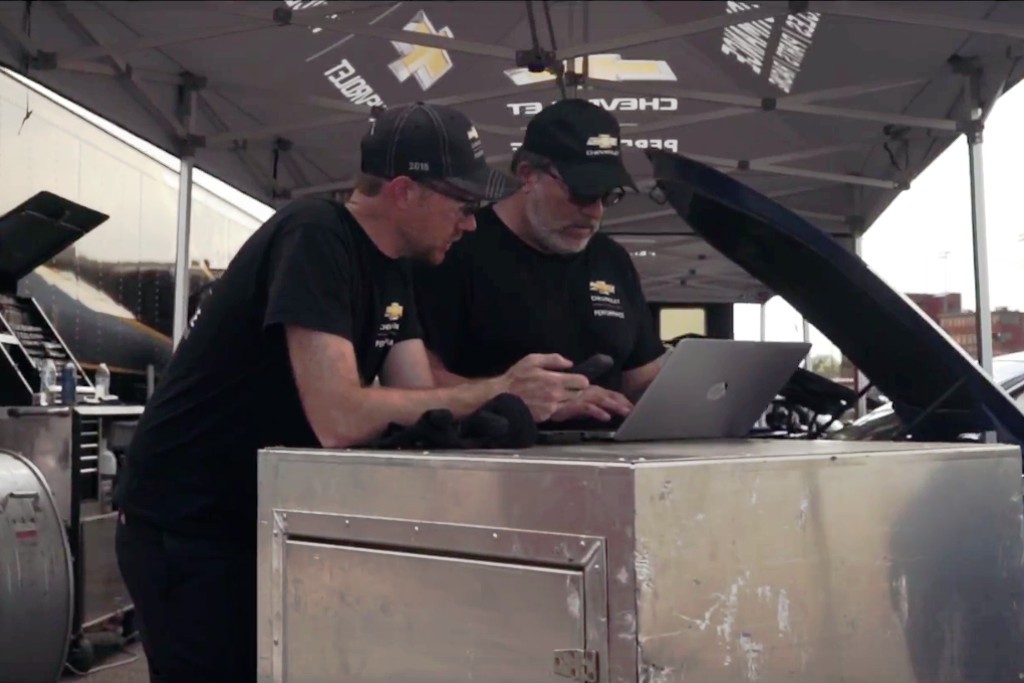 According to Chevrolet Performance Lead Integration Engineer Mike Costello, some of the fixes the team has had to enact in the field include replacing basic components like distributors, exhaust hangers, cooling fans, and radiators; tuning carburetors; and even welding frames. For attendees in need, repairs made by the Chevrolet Performance Motor Medic team often mean the difference between actually enjoying the Hot Rod Power Tour and sitting on the sidelines, if not becoming stranded at the event outright.

The 2018 Hot Rod Power Tour ran from Saturday, June 9th to Friday, June 15th, hitting up places like Bowling Green, Kentucky; Chattanooga, Tennessee; Hampton, Georgia; and Raleigh, North Carolina. For a behind-the-scenes look at how the Chevrolet Performance Motor Medic team got busy during this year’s festivities, check out the video above.