For those not in-the-know, the Gambler 500 is a mostly-off-road rally-style driving event started in Oregon in 2014, aimed at cheap, impractical, and/or stupid-fun road-legal vehicles. The Gambler 500 build shown here – a Chevrolet Corvette C5 that’s been converted into a unique off-roading kart by the guys at B is for Build – seems to align most closely with the latter two categories.

The Chevrolet Corvette C5 is a genuine bargain of a performance car at the moment, with decent-condition examples commonly selling for $10k or less. Even the range-topping C5 Z06 can be had for as little as $25k, if you play your cards right. For that, you get a low-slung sportscar with a 5.7L small-block V8, the terrific balance that comes with a rear-mounted transaxle, and a sleek, sculpted composite body.

Granted, we can’t appreciate the body of this unique C5 Gambler 500 build, as it’s been removed and replaced with tubular steel for a more open-air driving experience. 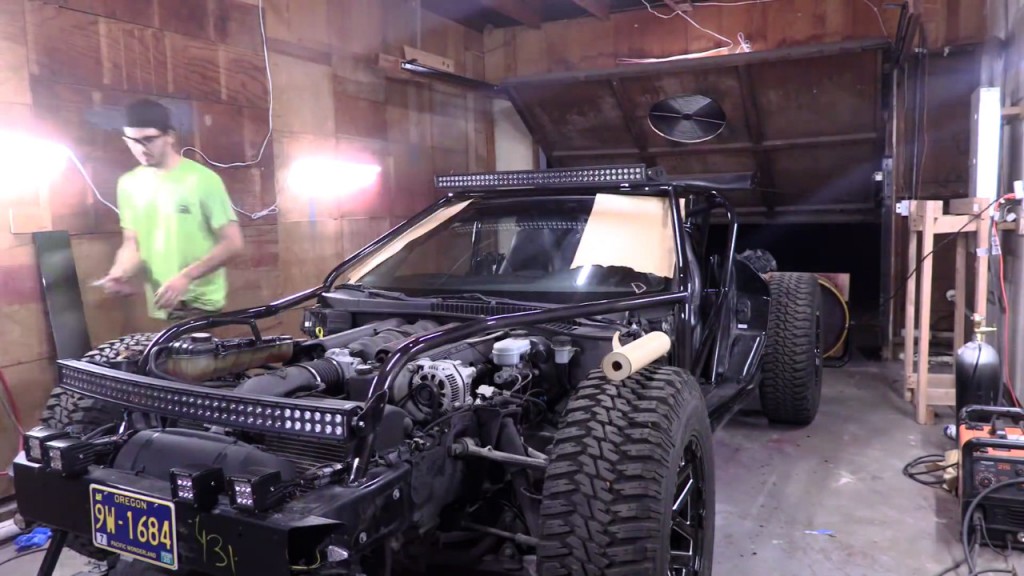 Photo: B is for Build

In the video above, we join B is for Build as they put some finishing touches on the tubular steel cage, spraying it down with black metallic paint and mounting some big LED bars to help with off-road visibility. At this stage, the kart has already been fitted with a massive rear wing and nubby off-road tires.

The Chevrolet Corvette C5 was the fifth-generation version of GM’s iconic American sportscar, launched in 1996 for the 1997 model year. It was the first to feature a rear-mounted transaxle, where the transmission and differential occupy the same housing at the back of the vehicle, kicking off a tradition that continues to this day with the C7. That powertrain design helps remove weight from the front end of the vehicle and relocate it to the back, resulting in superior cornering performance.