It’s been years in the making, but we’re finally upon Cadillac’s product onslaught. Cadillac President Steve Carlisle said he’s ready to take the luxury division on the “offensive” with a slew of new vehicles and technologies, Automotive News (subscription required) reported Monday.

“We have an arsenal of products and technologies that will create even more differentiation for Cadillac and establish a very unique and attractive position for us in the global marketplaces,” the Cadillac President said.

“We’re going on the offensive,” he added.

Carlisle’s installation comes in year four of Cadillac’s $12 billion turnaround effort, much of which was developed under former Cadillac president Johan de Nysschen. So far, it appears Carlisle will follow the de Nysschen strategy, though the Canadian executive was appointed to further speed up the brand’s resurgence and bring products to market more quickly.

The plan will see a mid-size “tweener” sedan replace the CTS, called the Cadillac CT5, a sedan smaller than the current ATS, a redesigned Escalade, freshened XT5 and more come to market. When asked about the idea of an electric performance car or sports car based on the Corvette to serve as a “halo vehicle,” Carlisle said it’s “hard to say” if the brand needs it. 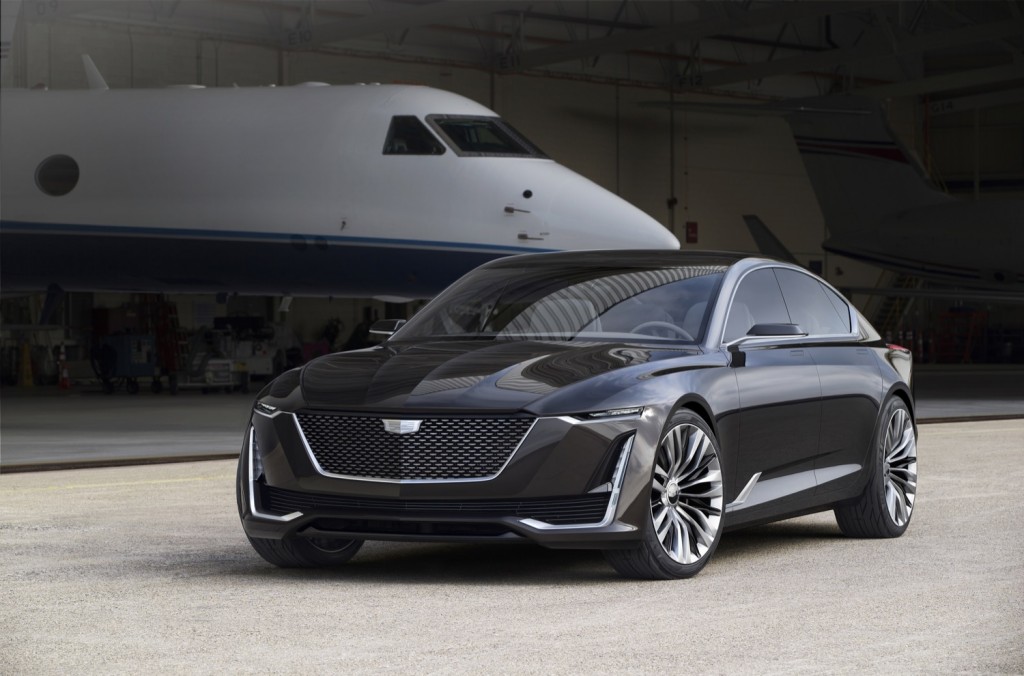 “If you look at everything that we have in front of us and the priorities that we set out, by the time you did it, I don’t know,” he said. But, he went on to say a “different propulsion system” would be “more interesting.” Before de Nysschen’s departure, the former Cadillac president confirmed a halo vehicle of sorts is coming, but not until after 2022.

De Nysschen previously said the project will “stun the world” and noted the world doesn’t need another “large-box conventional sedan.” His comments followed rumors the Escala concept had received a green light for production next decade—and such a car wouldn’t follow the CT/XT naming scheme, either.

Carlisle backed that up and said, “We feel like mainstream entries need to have references to categories in which they compete — mainstream luxury. But special cars should have special names.”

Future names could reference Cadillac’s past, but not necessarily revive old nameplates.