It’s not uncommon to find a C7 Corvette lined up at the local drag strip, but this particular car has accomplished something spectacular. It’s now the fastest C7 Corvette on the planet.

Late Model Racecraft is responsible for the build, though we’re not sure what’s been done to the car to make its lightning fast pass down the quarter-mile. After lifting its front wheels off of the ground ever so slightly, the C7 Corvette rockets down the strip to clock an 8.05 second time at 164 mph. The pass was enough to break the previous record even with a slower reaction time. 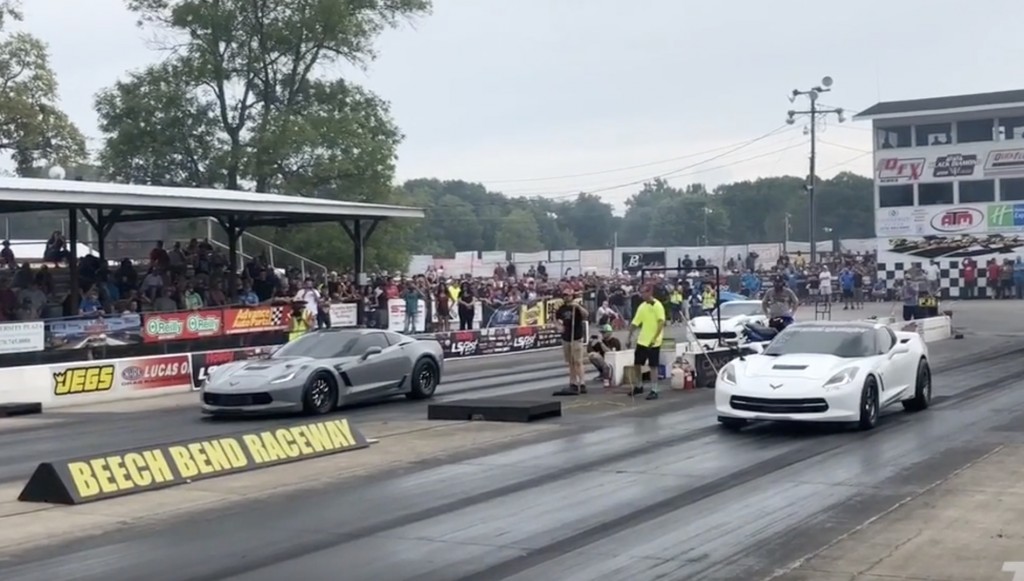 While all looked good during the pass, the C7 Corvette has some trouble as it crosses the finish line. Suddenly, the car disappears in a cloud of smoke, which LMR said was the result of it pushing a seal at the end.

The guys and gals don’t plan to rest, though. The race to a seven-second C7 Corvette is on. In the meantime, another Corvette set a record recently. 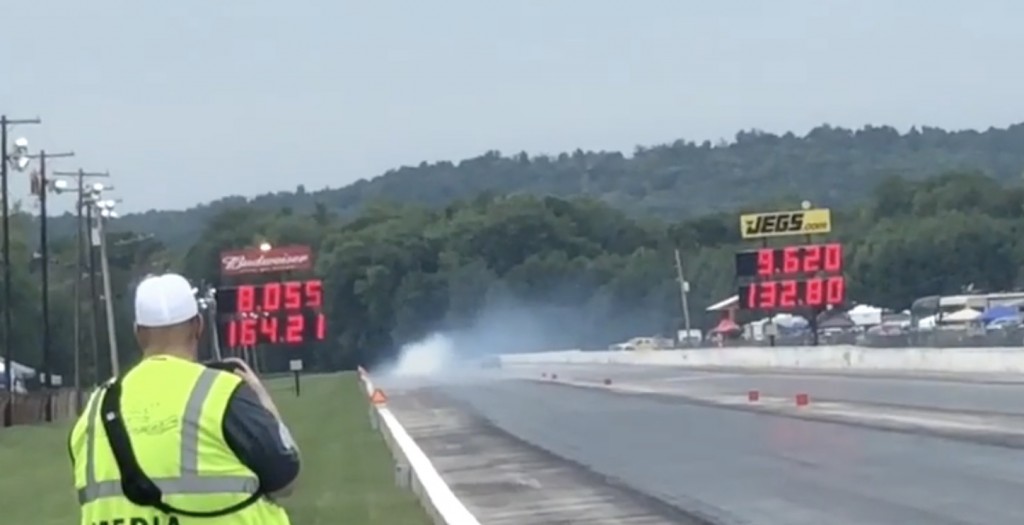 Cleetus McFarland’s C5 Corvette became the first manual-equipped GM car to break into the seven-second territory. Although the panels are gone, it’s a C5 Corvette at the end of the day, and it’s one wild machine. McFarland’s journey wasn’t without hardships, either. The car cracked an 8.106 earlier after mechanics diagnosed a boost leak from the twin-turbo system. Eventually, a head gasket failed which looked to be the end of the C5 Corvette’s record-setting attempt. The team tossed convention out of the window and decided to run the car without coolant to achieve the sub-8-second pass.

Soon enough, we won’t only be watching front-engine Corvettes make record passes, either. A mid-engine C8 Corvette sits on the horizon and we’re certain aftermarket companies and tuners can’t wait to get their hands on a new car to set a whole new set of records.