It’s rare to find a clean B-body or C-body General Motors car these days, but they’re truly something to behold these days. They marked the beginning of a new era for GM: front-wheel drive luxury cars—a response to the energy crisis of the 1970s.

Road and Track penned an explanation as to why these seemingly great cars downright failed in the market. They were engineered to push luxury buyers into more fuel-efficient vehicles but didn’t compromise on the details. Their downfall? The end of the energy crisis. 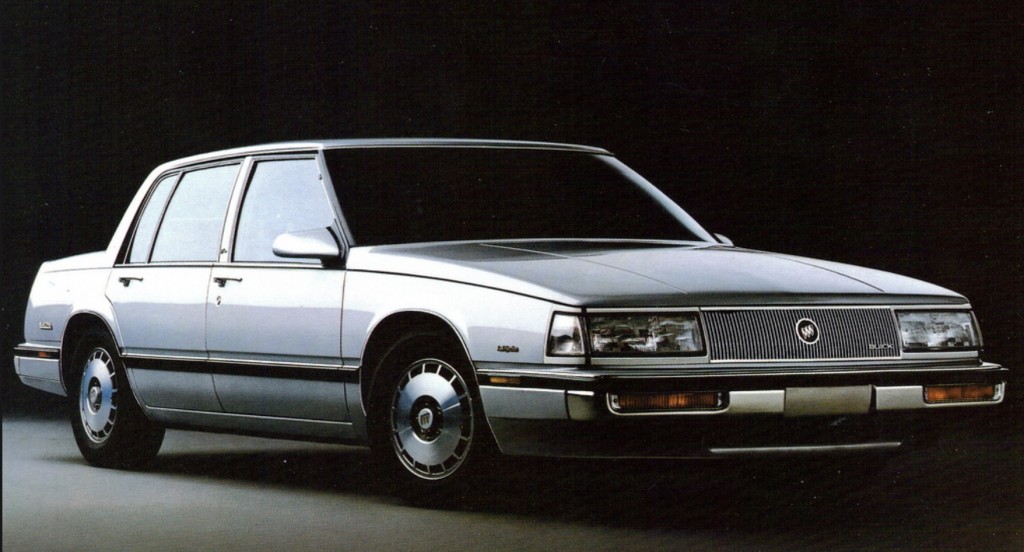 The B-body cars (Oldsmobile Eighty-Eight, Pontiac Bonneville, Buick LeSabre) and C-body cars (Oldsmobile Ninety-Eight, Buick Electra, Cadillac DeVille) featured more room than their predecessors, ushered in sharp new looks for the time and they returned respectable fuel economy. But, while GM commissioned the project in response to the disastrous energy crisis, the crisis was only temporarily. GM bet big on the fact the crisis would extend for years, possibly forever. But, it didn’t. Fuel prices eventually sunk back into affordable territory and the front-wheel-drive luxury cars were left high and dry.

As the story notes, the “hottest” luxury sedan of 1984 wasn’t Cadillac’s DeVille, it was the Lincoln Town Car, which was six years old at the time compared to Cadillac’s brand new luxury model.

What sealed the cars’ fate was GM’s decision to emphasize FWD luxury cars. GM didn’t move the cars back to an RWD platform but instead embraced FWD without selling customers on the benefits they provided. The cars weren’t perfect, but they certainly deserved more attention than buyers gave them. It was the beginning of GM’s downfall where marketing and engineering worked closely together to design a product that would market well and sell hundreds of thousands of units.

Those days are long gone, and so is Oldsmobile, but perhaps one day Cadillac will find its footing once again in the modern luxury car market.