We’ve caught prototypes of the 2020 GMC Acadia refresh undergoing testing several times over the past year, but these new spy photos give us our best look yet at the upcoming update to the midsize CUV.

Gone is the heavy tarp-style camouflage covering the front end of previous prototypes; in its place is a tight-fitting checkered camo wrap that – for the first time – shows the actual shape of the facelited front end.

The shots clearly show the 2020 GMC Acadia facelift as having a more upright front fascia design with squared-off edges, as compared to the current model. In fact, the new design is reminiscent to the second-generation 2018 GMC Terrain and 2019 GMC Sierra, thereby bringing the design of the oldest crossover in the GMC lineup in line with the rest of the brand’s vehicles. 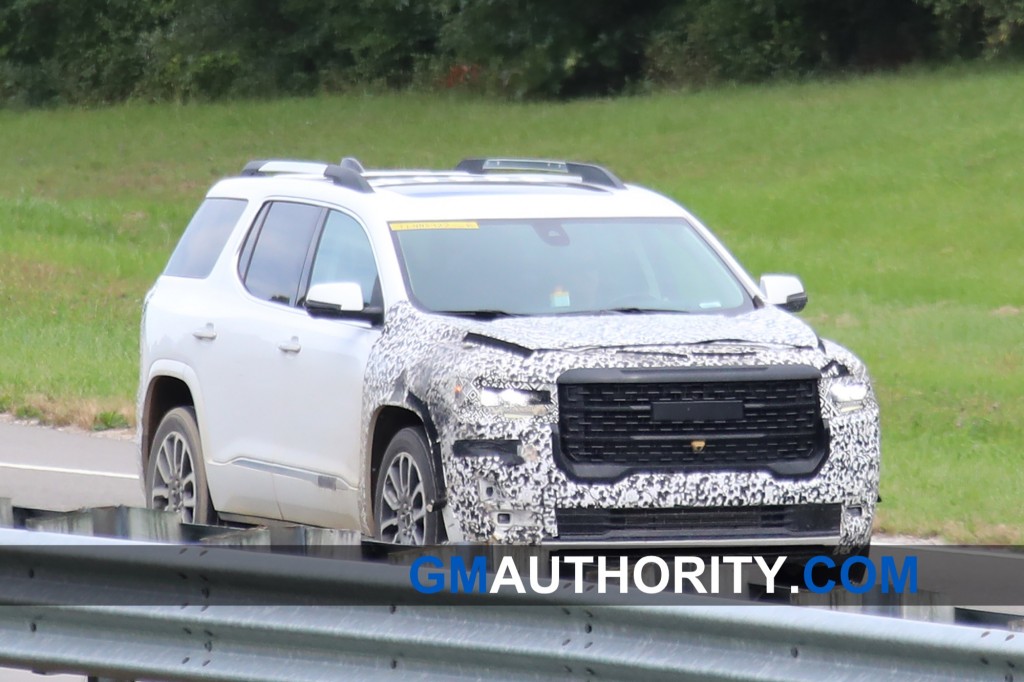 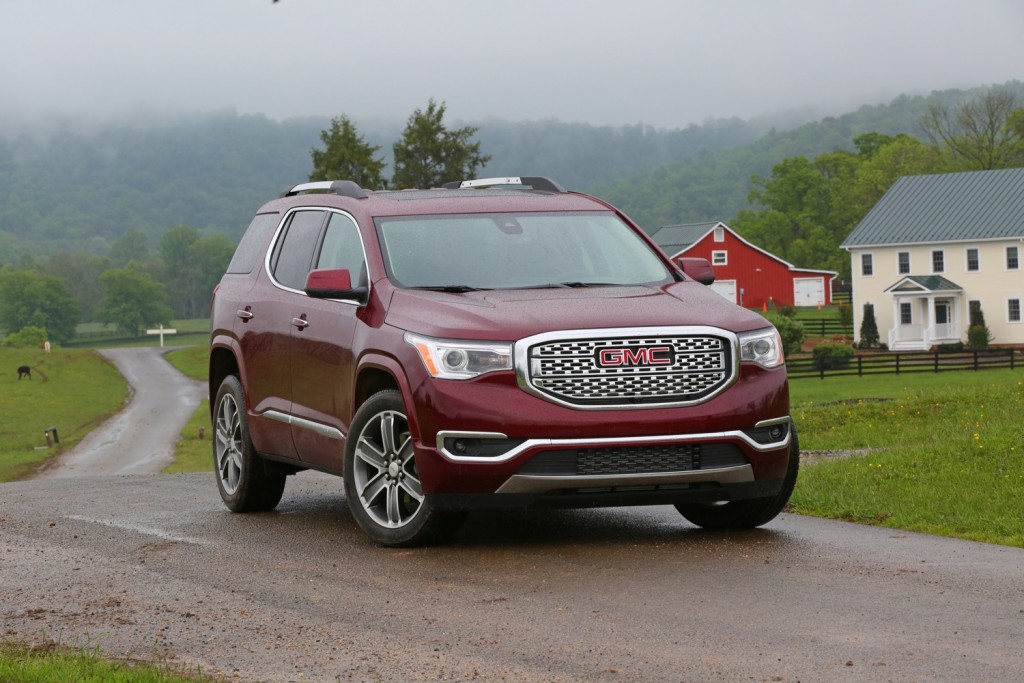 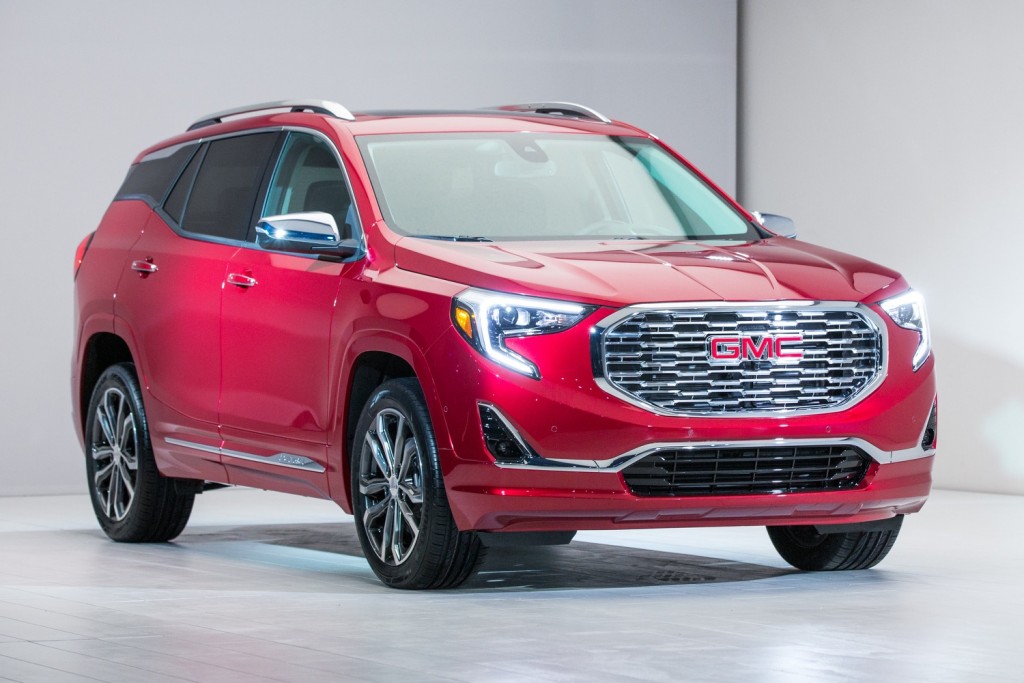 These shots, however, don’t show the headlights as well as the prior shots we got a week ago. So, let’s revisit the topic of 2020 GMC Acadia headlights real quick. From what we can see, Big Red’s midsize CUV will feature a full-LED headlight treatment that contains two LED reflectors and GMC’s signature C-shaped LED light pipe within each headlight cluster. 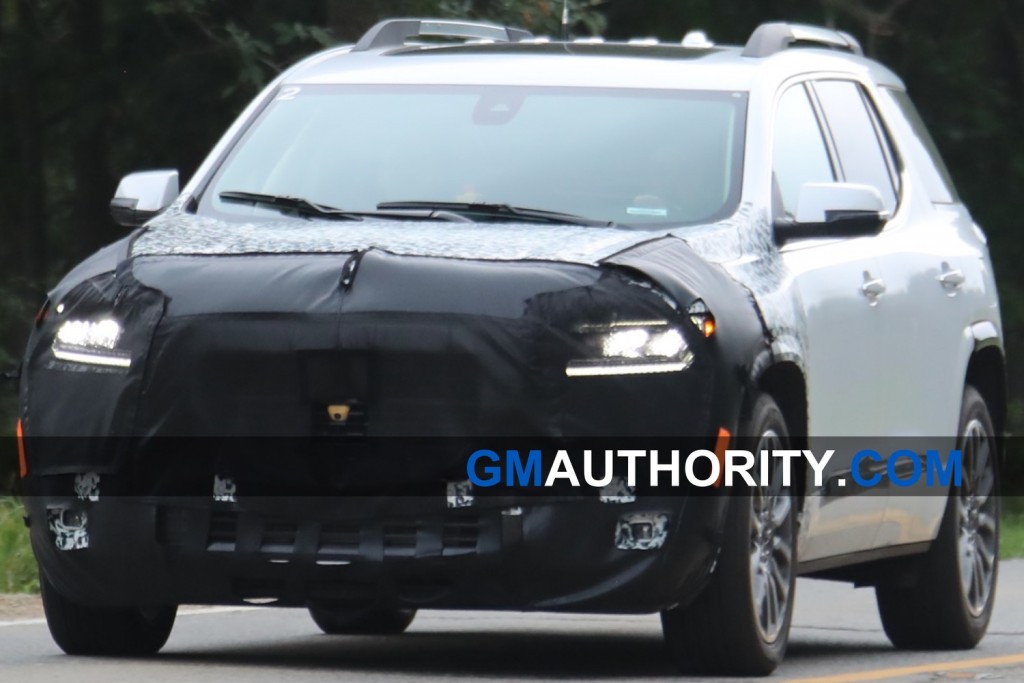 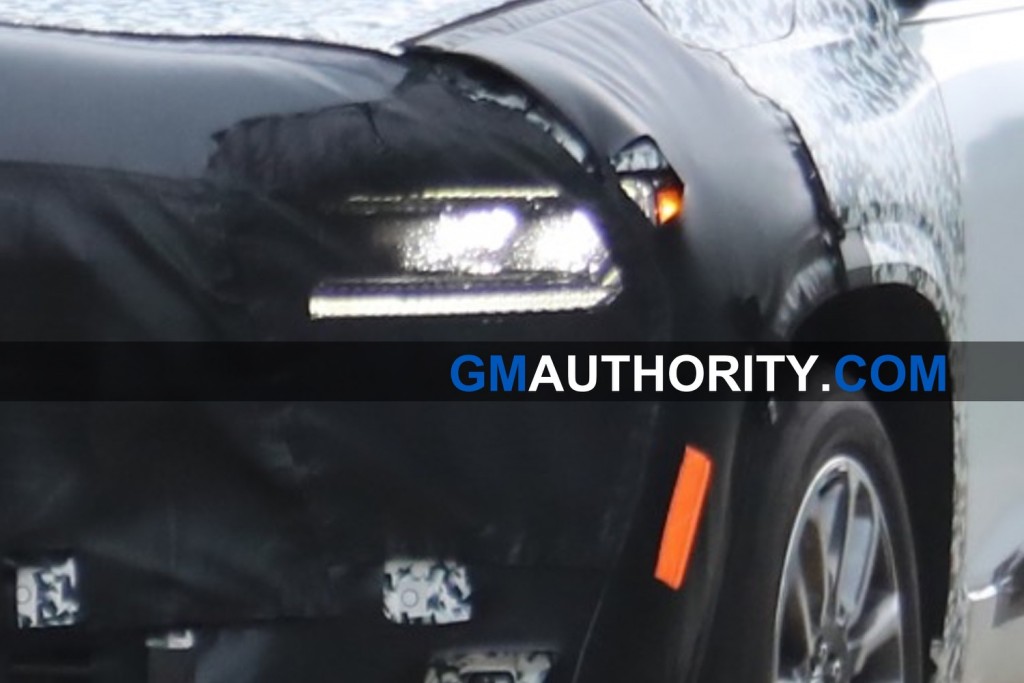 It would appear that changes to the rear end seem to be less extensive than those to the front, being limited to a new bumper cover design as well as new taillights. Though there’s a good deal of checkered camo covering the rear end, we can still make out GMC’s C-shaped LED signatures at the rear. 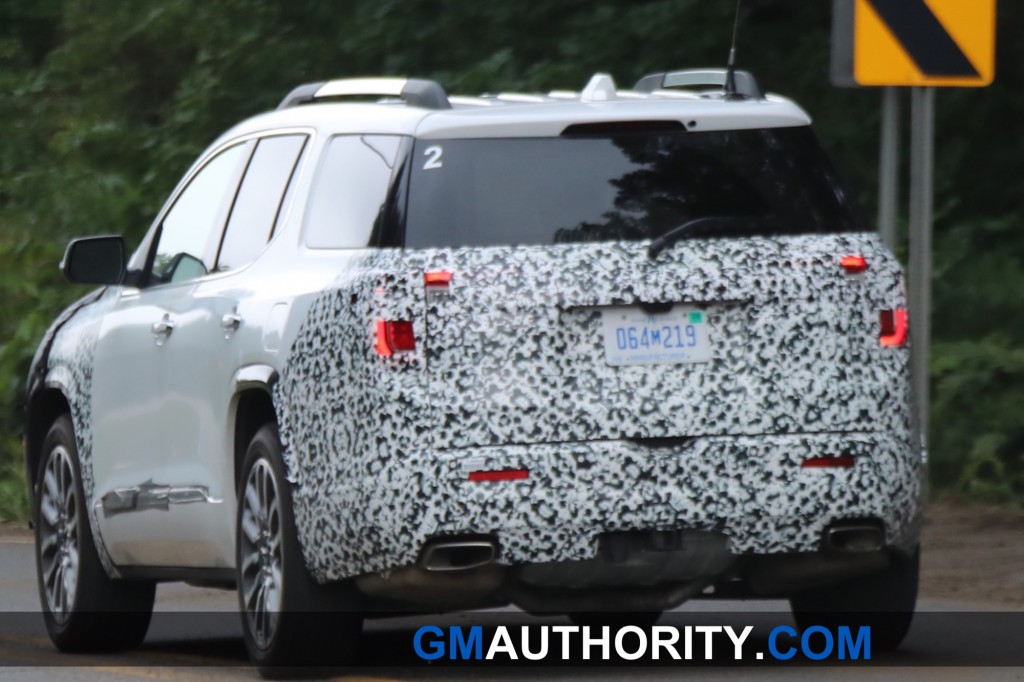 Other changes expected for the 2020 GMC Acadia refresh include the addition of the new GM 9-speed automatic transmission to replace the current 6-speed auto in the current models. We’ve also heard that there could be a change in the crossover’s equipment group/trim level structure, though we have yet to come across material that would substantiate this rumor.