Anyone who has ever made a phone call (or two) using the Bluetooth hands-free system in the second-generation Chevrolet Colorado may have been told by the person on the receiving end of the call that the quality of their voice is anything but stellar, especially if the passenger was doing the talking. So the fact that a second in-cabin microphone is being added to the 2019 Chevy Colorado in order to better pick up the words spoken by the driver as well as by the vehicle’s occupants comes as welcome news… very welcome news, in fact.

The second in-cabin microphone added to the 2019 Colorado is meant specifically for the passenger. It is placed directly above the passenger seat in the truck’s headliner. 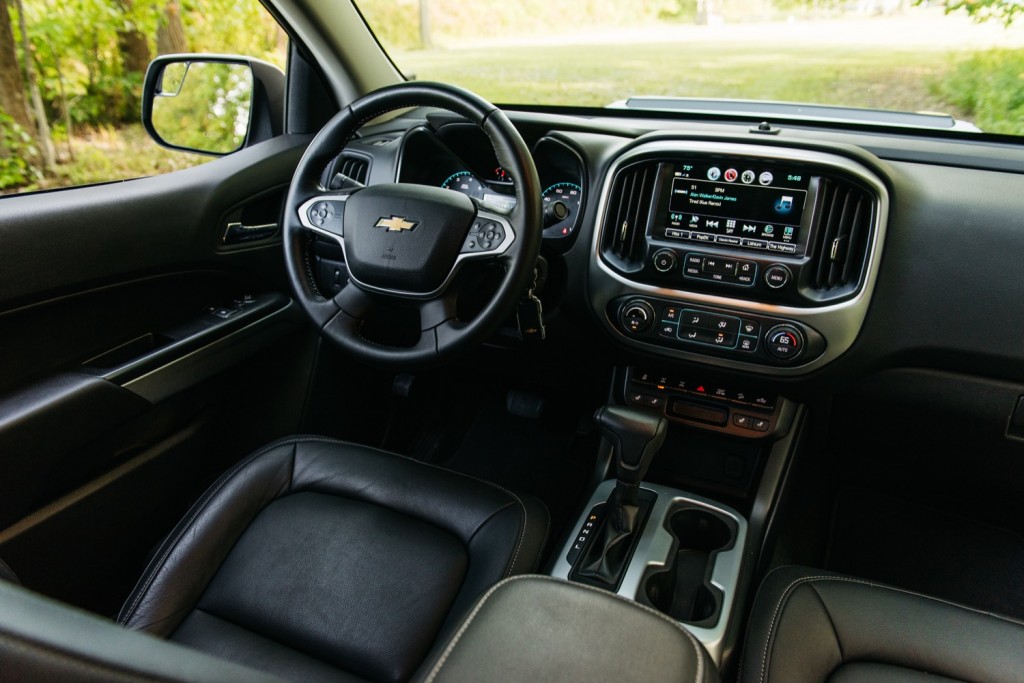 The two-mic system not only ups the quality of voice input of the front-seat passenger, but it also improves the voice notes of the driver, enabling whoever is on the other end of the call to hear the truck’s occupants better than ever before.

Given that Bluetooth has now been around for roughly a decade in automobiles for the purpose of making calls, there is a general expectation for the technology to have matured and to work relatively well, which was often not the case for current Colorado owners.

In fact, we’ve heard reports from current Colorado owners that they are sometimes asked by the person on the other end of a call to switch the call from Bluetooth to their actual phone due to the poor sound quality, a circumstance that clearly defeats the safety benefits of a hands-free Bluetooth system. 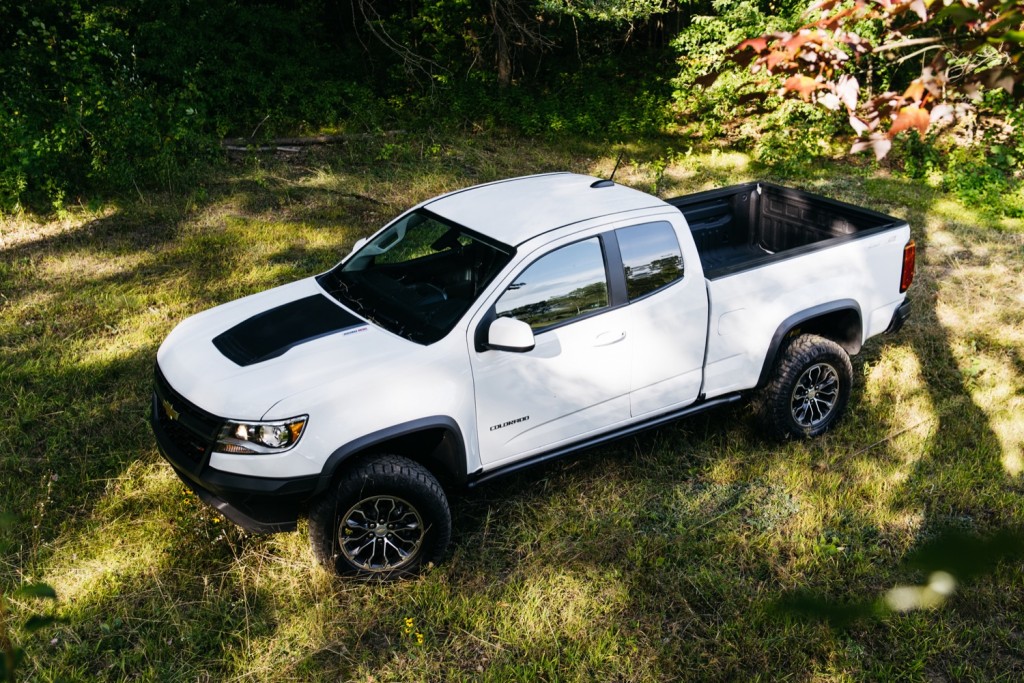 The driver-side and passenger-side microphones are standard on all 2019 Chevy Colorado models that feature the Chevrolet Infotainment System 3 Plus (RPO code IOS), or its equivalent with an embedded navigation system (RPO code IOT). Both systems include:

The IOS system is standard on the LT, Z71 and ZR2 trim levels, and the IOT system is offered as an option on the same models. The Colorado’s Base and Work Truck trims get the less advanced Chevrolet Infotainment System 3 (without the Plus moniker), which includes:

GM’s decision to improve the Bluetooth sound quality in the vehicle is a welcome move that should further increase customer satisfaction of the Colorado. Moreover, incoming competition to the Colorado is on the way via the 2019 Ford Ranger and upcoming Jeep Scrambler, meaning that Chevy can’t allow customer gripes to hinder its growing position in the mid-size truck segment.

Adding a second mic is also a positive given that Chevy is finally responding to well-known issues that have been a dissatisfier for owners of the second-generation Colorado since the model’s launch for the 2015 model year. But if the threat of competition is truly what made Chevy make this particular improvement, then that’s not necessarily great news, as it shows that the automaker must be forced to make positive changes. Fortunately, the competition is looking relatively good and, if the pattern continues, will end up translating to a net positive for consumers, since the increasing rivalry will push the bow tie brand to not only keep up, but also (hopefully) surpass its foes to maintain its owner base, sales numbers and associated profits. At the end of the day, it’s a win-win for buyers.

Here’s to hoping that this trend of addressing issues that cause discontent continues.

What Else Is New

The 2019 Chevy Colorado represents the fifth model year of the second-generation Colorado. The vehicle sees new exterior colors, one set of new 18-inch wheels, black bowties for every ZR2 model, and the introduction of the Colorado ZR2 Bison package.

Additionally, the 2019 Colorado gets new set of infotainment systems that represent the third generation of Chevrolet infotainment systems, Type A and Type C USB ports, a high-def Rear Vision Camera, Rear Park Assist, a heated steering wheel, 6-way power driver seat on some models, and the aforementioned in-cabin microphone for the passenger.